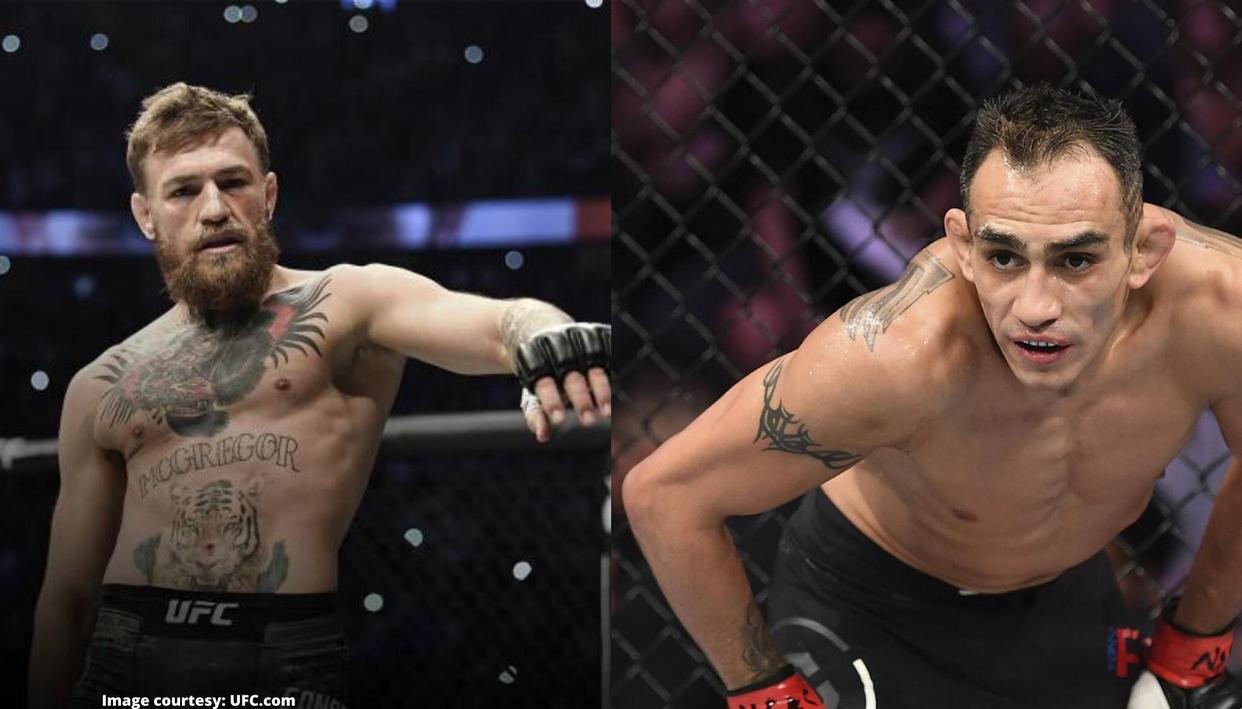 There were not many MMA talks coming from the arena until Tony Ferguson expressed his wish to fight Conor McGregor or Dustin Poirier next. Former interim lightweight champ shared his opinion about fighting them in Ariel Helwani’s MMA show.

The 36-year-old’s 12-fight winning streak ended against Justin Gaethje at UFC-249. Now he is looking forward to letting it go by fighting against other top performers.

As per the earlier UFC schedule, Ferguson was slated to face Khabib at UFC 249. The fight got postponed later as Khabib couldn’t leave Russia because of the travel ban imposed for the Covid-19 outbreak. Hence, Ferguson faced Gaethje to achieve the interim title glory.

“El Cucuy” lays out the options for his return ???

Also, he gave out a suggestion during the interview to arrange a battle between the winner of himself and either McGregor or Pourier fight & the survivor of Khabib & Gaethje fight.

“I would love to compete against Khabib, Poirier, McGregor,” Ferguson told ESPN. “Those are the three right there. Why? Talent-wise, that’s why. Not because of any other ways or means. Because of the talent and the athletic respect that I have for their talent that they have in this sport.”

Obviously, bringing in the name of someone like Mcgregor makes headlines. Viewers would love to see them fighting as well.

However, since Mcgregor has retired from MMA, it’s unlikely to take place soon. Also, Khabib already said multiple times he would only agree at a rematch with McGregor if he can beat any top contender. So in that case, a clash between Tony Ferguson & Dustin Poirier sounds much more realistic to happen.