The Top 3 Aspects of Physical Fitness in Soccer 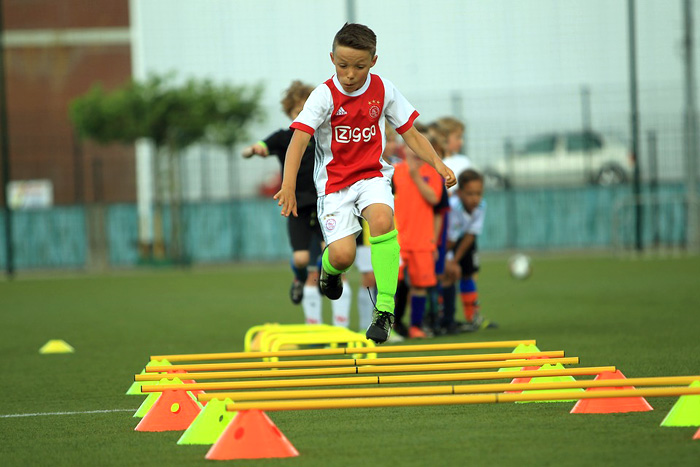 Physical fitness is not the only element necessary to reign in the soccer world. Sure, there are equally important attributes to think about, including skills, tactics, soccer psychology and intelligence.

But physical fitness is the foundation upon which these other elements are built. Some studies prove that physical fitness has a direct influence on an athlete’s overall performance. Thus, to mold great competitors in soccer, coaches and trainers need first to grasp the players’ physical fitness.

In soccer, the three major components of physical fitness are endurance, speed and agility. In this post, we dig into each of these elements and tips for how to enhance them.

Endurance (or stamina) in soccer refers to the body’s ability to sustain intense activity over a prolonged period. Due to soccer’s anaerobic nature and the short bursts of power required, players must have muscular endurance to resist fatigue and reduce recovery time. This is necessary for maintaining excellent performance throughout the game.

Endurance and muscular strength are often viewed as different components of fitness in sports. But in essence, these two are intertwined. They work together and should not be trained in isolation.

Endurance training in soccer, and most popular sports, involves training the body to perform the required activities with reduced straining. To do this, players need to perform exercises that develop their energy production systems. The workout routine should also be engineered to train the muscles to use oxygen more efficiently, increasing oxygen uptake capacity.

Importance of Endurance in Soccer

A soccer player with incredible endurance will be fast-paced, meaning that they can cover a large part of the field within a short time. Athletes with better endurance recover from complicated runs pretty quickly, too. Quick recovery in sports is crucial as it trains the body to restock glycogen stores fast for the subsequent bursts reducing fatigue and preventing injuries.

It’s essential to remember that endurance isn’t just about being the fastest in the field. A player who doesn’t tire easily or recovers quickly will remain focused for most of the game. Allowing them to stay relaxed under pressure, enabling them to execute the necessary sprinting, dribbling, and implementing tactics.

Tips for Developing Stamina in Soccer

Speed is essential in almost all types of sports. But it’s more so in ball games, especially soccer. As they continue perfecting other skills and tactics, speed is the most vital attribute that players need to succeed in soccer.

For a soccer player, speed is not just the ability to run fast. Although this is important, coaches and trainers use a variety of speed training drills to improve players’ speed endurance. This is the ability to maintain maximum or near-maximum speed with minimal fatigue throughout the 60 minutes.

The benefits of speed and speed endurance training in soccer are apparent. Players;

When training soccer players to become fast, it’s vital to address all three aspects of speed: acceleration, deceleration, and agility.

Acceleration or starting speed relates to the players’ ability to produce power and attain their top speed faster. Being explosive is beneficial as it gives the opposing players less time to react.

Agility is closely related to acceleration. It refers to the athlete’s ability to change direction rapidly. Bear in mind that soccer is not linear. It involves running in short sprints of 5-10 yards in different directions while maintaining balance and body control. As they work on being faster, soccer players also need to work on their ability to change direction quickly. Developing agility requires looking at several vital elements, including footwork, balance, coordination and suppleness.

Deceleration is just as significant as acceleration. It’s a crucial component of agility as it emphasizes body position and the mechanics involved while changing direction at speed. Deceleration training is crucial to developing a player’s ability to execute certain skills, such as passing or receiving the ball efficiently besides changing direction.

Balance and coordination form the other crucial aspect of physical fitness. While these two are often less talked about, they are at the heart of any fitness regimen.

Though it’s easy to overlook it this way, balance is necessary for performing all training exercises and workouts. This is the ability to remain in an upright position by neutralizing forces that disturb stability.

In sports, balance is crucial for gymnasts. However, it’s just as vital to field sports like soccer as it allows players to make sharp twists and lunges, helping them push past opposing defenders. Balance training works various muscles allowing the athlete to execute different levels of maneuvers gracefully with minimal risk of injuries.

Generally, coordination refers to making smooth and efficient movements. But looking at it closely, this is a complex component of physical fitness that involves choosing the right group of muscles at the perfect time to perform the necessary action efficiently. More than just controlling body movements, coordination brings together muscular tension, speed, timing, direction and speed to achieve the intended result.