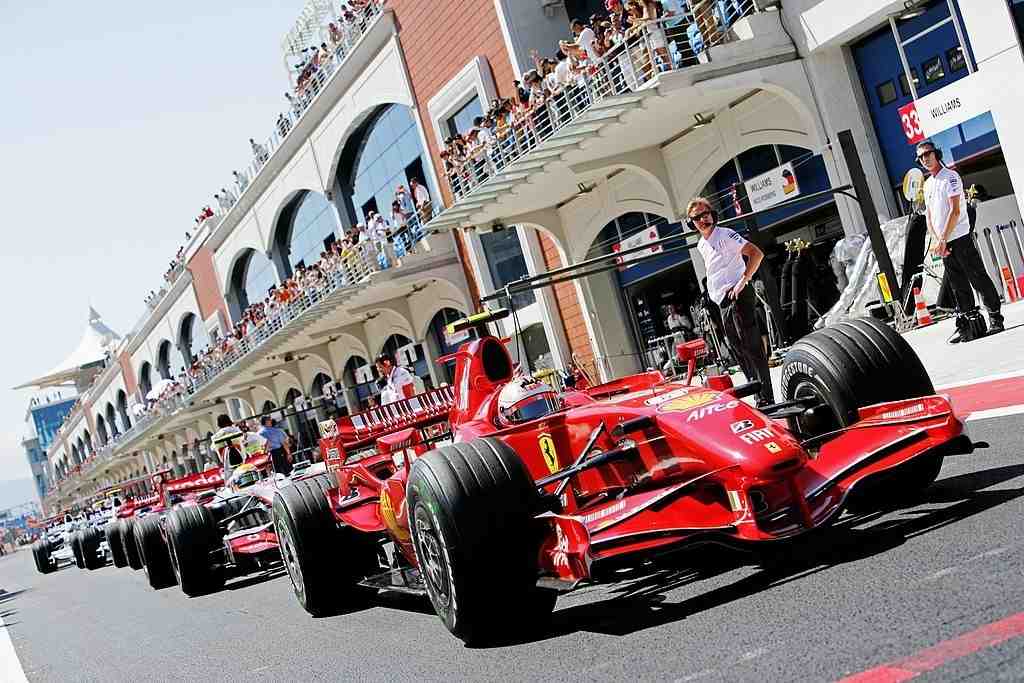 With a tough situation of stabilizing the season’s schedule and venue for Formula One, it has been fixed that the Turkish Grand Prix, circuit located in Istanbul, Turkey, will be back to host a weekend race this year.

After a long break of nine years, Turkey is finally ready to play host to the Formula One race amidst the pandemic situation, later in this year (November 13-15). The FIA along with F1 declared openly the ultimate racing calendar of 2020, with 17 races in the list, accommodating the world championship season in December this year.

Remember! Remember! The 15th of November

The Circuit of Istanbul Park was inaugurated in 2005 with the champion of the year being Kimi Räikkönen. The circuit was a major favorite of Felipe Massa who scored a hat trick there (2006-2008). After him for the next three years till 2011, the championship was bagged by Jenson Button, Lewis Hamilton, and Sebastian Vettel. Since after that, this will be the freshest return to lend the track for holding the Formula One weekend on 15 November 2020.

Good news about Istanbul Park, always thought it was a shame that F1 stopped racing there. 17 races in total this season, a magnificent effort given the circumstances https://t.co/hlKxovPxLv

FIA has planned out a total of 17 races for the year which protects them from some damage at least. With the exclusion of the audience from the stands due to COVID, the TV broadcasters are of prime importance and are essential. The minimum number of races required to reel in full payment from the broadcasters would be 15. This saves them from a dilemma of some race being canceled because of the pandemic.

The schedule has incorporated 5 new circuits such as the Mugello, Nurburgring, Algarve, Imola, and Istanbul. With the race in Turkish Grand Prix being a flyaway, as in the first time where the cars and freight would be traveling by air heading to the Middle East. Though the FIA had considered the much shorter and faster outer circuit, it cannot be in use now. In its replacement, Sakhir’s endurance course will be used which was used in 2010.

Formula One has also ascertained that the prior races that were supposed to be held this year in China (Chinese Grand Prix) and were postponed due to the pandemic situation will not be conducted this year, also calling off the Vietnam Grand Prix along with it. Formula One also wished to reconstruct the flagship Hanoi street race back in 2020 but considering the dilemmas regarding the logistics made it impossible to get the racing on the track.

From the CEO’s Desk

Chase Carey, the CEO, and chairman of Formula One declared, “We are proud to announce that Turkey, Bahrain and Abu Dhabi will be part of our 2020 season. This year has presented Formula One and the world with an unprecedented challenge and we want to pay tribute to everyone across Formula One, the FIA, the teams, and our partners who have made this possible. While we are all disappointed that we have not been able to return to some of our planned races this year we are confident our season has started well and will continue to deliver plenty of excitement with traditional, as well as new, races that will entertain all our fans.”

The Administration’s Plans Ahead

Formula One stated that they will let some number of spectators in the field to cheer the races, sooner rather than later. After the continuous races that were staged behind the closed doors the fans and the racers, all of them need a proper boost up for the upcoming future races, to keep their racing spirits high. There have been continuous work and strategies built towards bringing this plan to succeed where entry to a small fan group will be permitted along with their hospitality in the consideration. The administration noted, “While we want to see as many fans as a possible return as soon as it is safe to do so, our priority remains the safety of the Formula One community and the communities we visit, and we review fan access on this basis.”

The Circuit of Istanbul Park staged the Turkish Grand Prix for seven years 2005-2011 and will be finally back to host this season’s race in the month of November. The racers are all pumped up to experience the track after such a long time, which has been extremely renowned for its speed that it provides and the quadruple-apex Turn 8.

The Seasons Calendar for 2020:

F1 striving to have a standard calendar for 2021