Alex Pereira is a Brazilian MMA artist who holds a record of five wins out of his six octagon appearances, lost his only bout against Quemuel Ottoni in his MMA debut in Sao Paulo, Brazil, and currently holds the UFC middleweight title after defeating the New Zealander Israel Adesanya.

Pereira is a legend in the kickboxing arena, as the Brazilian held the Glory middleweight and light heavyweight titles. In contrast, Adesanya appeared in 80 matches and won 75 times but never won a major title in his kickboxing career.

Recently, he revealed who the opponent was that he faced with fear in mind:

“I was scared, but when I heard him [Sean Strickland] talk, I relaxed a little bit. He is a good fighter and an experienced one, but he was talking about some stuff that didn’t make any sense. For a few months since the fight was booked, I had fear, but it was under control.”

The Brazilian faced Sean Strickland at the co-main event of UFC 276; as we all know, there was so much trash-talking happening between these two, but Pereira was relaxed throughout the whole process but got nervous when the weigh-in event happened.

“But I’ll tell you when I was the most afraid. Everything he said and up until the weigh-in, everything was fine. When he entered the octagon and started staring at me, he hadn’t looked at me that way before. That was when I became scared.” 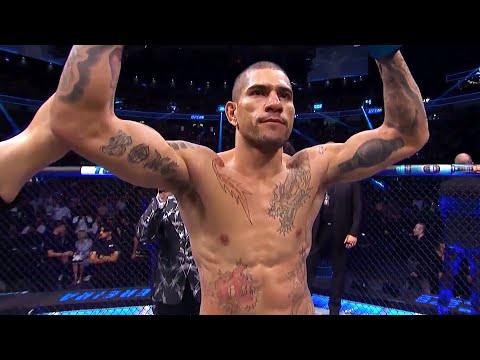 But this fear actually gave Poatan the advantage of understanding the situation better than ever. He knew that he was unable to afford any mistakes. That is why he prepared thoroughly and decided to fight deftly, resulting in his victory.

“I thought, ‘This guy wants to kill me.’ I’m telling you; this was a different guy from everything else. But in the end, it was good that he entered the octagon this way, because it woke me up, I became aware of the danger, I knew I couldn’t make mistakes.”