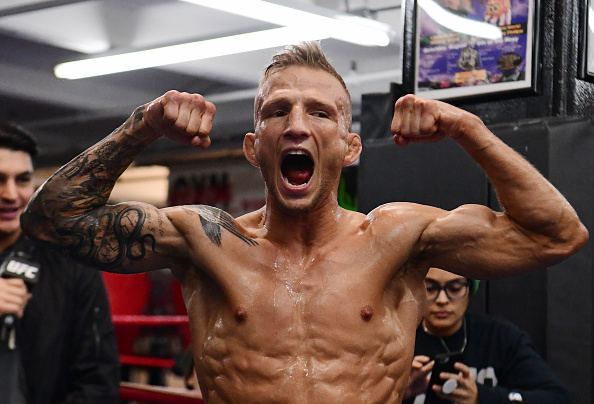 TJ Dillashaw started his glorified UFC journey in 2011, where he reigned twice as the bantamweight champion. In his professional MMA career, Dillashaw appeared in 22 fights, won 17 of them, and lost five.

The American fighter won his first UFC bantamweight title fighting against Renan Barão at UFC 173. After that, Dillashaw defended the title twice but lost it to Dominick Cruz at UFC fight night 81.

Dillashaw, 36, began his second UFC bantamweight reign after defeating Cody Garbrandt at UFC 217. He then defended the title against Garbrandt, but Dillashaw failed the drug test, which resulted in the stripping of the title from him. 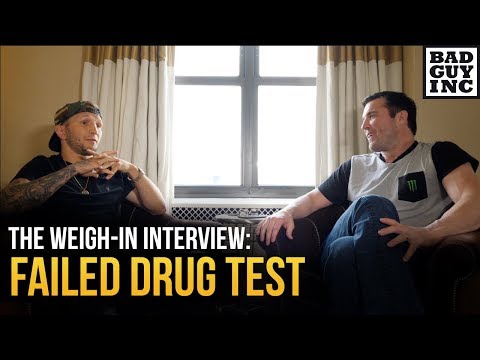 In his fight against Henry Cjudo at UFC Fight Night 143, he tested positive for erythropoietin. USADA banned him for two years from participating in any fight events.

After that hiatus suspension, Lieutenant Dan returned to the Octagon on July 24, 2021, and secured a split decision victory over Cory Sandhagen, which earned him a bantamweight title shot against Aljamain Sterling.

At UFC 280, Dillashaw fought against Sterling but lost by a technical knockout. After that fight, the former champion revealed that he had been suffering from a shoulder injury before the fight but yet decided to participate.

But the impact of that injury was bigger than expected. Dillashaw underwent a third surgery, and he would be out of the Octagon for at least a year.

“Nine months until I can start training rough and tough, and then making sure everything is healed up. I’ve had shoulder surgery before, and I’d say another year, maybe, to compete. Either a year to compete or a year to get back to a training camp.”

TJ Dillashaw has decided to retire. The UFC was notified around a week and a half ago. @The_MDubb first reported the news.

Here’s more, from my car, on what happened: pic.twitter.com/goxUGdgYWw

It seems that Dillashaw has now lost his patience and taken his retirement decision from MMA, which comes as a shock to combat sports fans. Sportswriter Aaron Bronsteter has tweeted about the situation:

“TJ Dillashaw’s team confirmed that he has indeed decided to retire (as reported initially by @The_MDubb and subsequently @arielhelwani), which I have confirmed with a UFC official.”

TJ Dillashaw's team confirmed that he has indeed decided to retire (as reported initially by @The_MDubb and subsequently @arielhelwani), which I have confirmed with a UFC official.