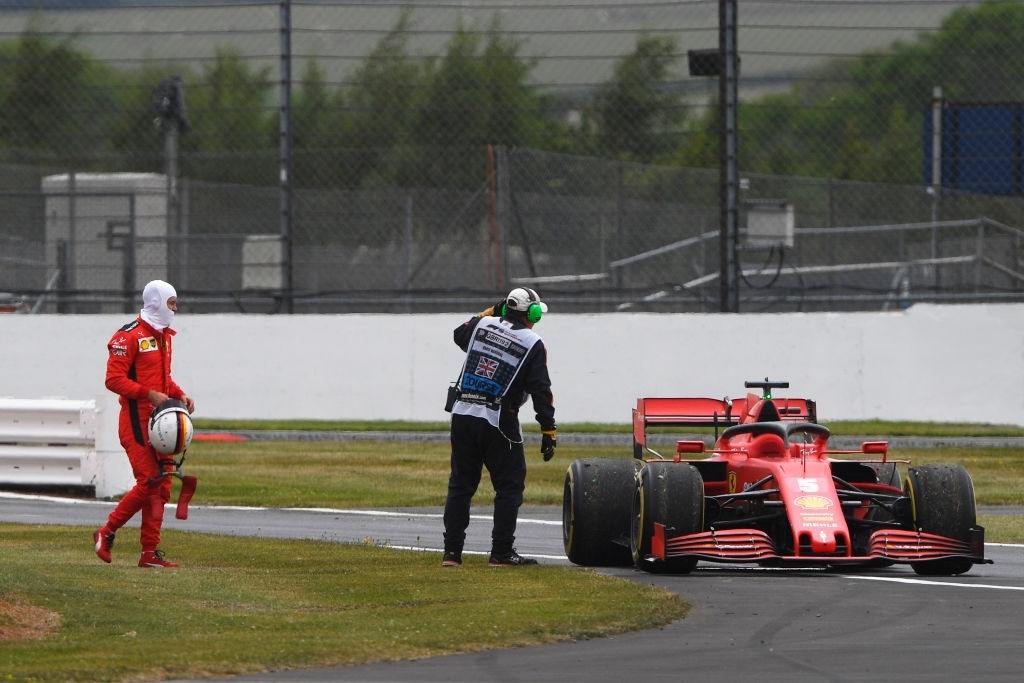 Ferrari went through a changeover of the ‘heart of their cars’ before paving its way to the 70th Anniversary Grand Prix, FP3, at Silverstone circuit. After the dreadful event that happened with Vettel’s car on 7th August 2020, Friday.
At the second practice session of the weekend, Vettel had to come to a halt with an engine failure, which in turn made him lose entire power after fluid started seeping down from the chassis. After the power disorders, Ferrari decided to change the entire power unit of their cars sending the failed components for a thorough examination to Maranello, to rectify the core of the trouble altogether.

The final notice about the change to the cars of both Vettel and Leclerc came in a short time following the start of Final Practice at Silverstone. After the faults to Vettel’s car, the team didn’t want to take any chances regarding and thus changed Leclerc’s car as well. “After yesterday’s engine failure on Sebastian’s car, as a precaution, we have changed Charles’ power unit; This is also penalty-free as we have not exceeded the number of components allowed in the regulations.” the team clarified.

The FIA had presently issued a limit of two elements for the season. However, this would definitely be modified as more races are being added to the calendar beyond the standard 13 as Vettel and Leclerc continue their run on their MGU-K along with energy store and electronic control.

Vettel clarified about is a failure at the 14th Position saying that the power fault ‘was very sudden, and obviously a failure’ and that it came with no warning’.

He further added, “So now we have to see what it is, but it will probably take a couple of days because the engine will get shipped back and then analyzed.”

Besides Ferarri, Red Bull has also issued new Honda-powered engines for its driver Verstappen and Albon, and are looking forward to the weekender. New parts persist under similar specifications as those used earlier through the year so far.