Conor McGregor  once took aim at former two-weight UFC champion Daniel Cormier in a tweet after snapping his leg against Dustin Poirier. Conor was supposedly on a cocaine binge when he labelled DC as a fat drunk!

McGregor is not fond of DC as he is a team captain of his arch nemesis Khabib “The Eagle” Nurmagomedov to whom Conor lost in a convincing fashion at UFC 229. Conor’s fortunes have not favored him since that infamous feud, earning him consecutive defeats to Dustin Poirier. In the latter of which McGregor snapped his shinbone in half.

McGregor dove deep into drugs during that period and blasted out erratic tweets and mean rants about almost everybody associated to the UFC he was not friends with. Here are the mean tweets about Daniel Cormier: 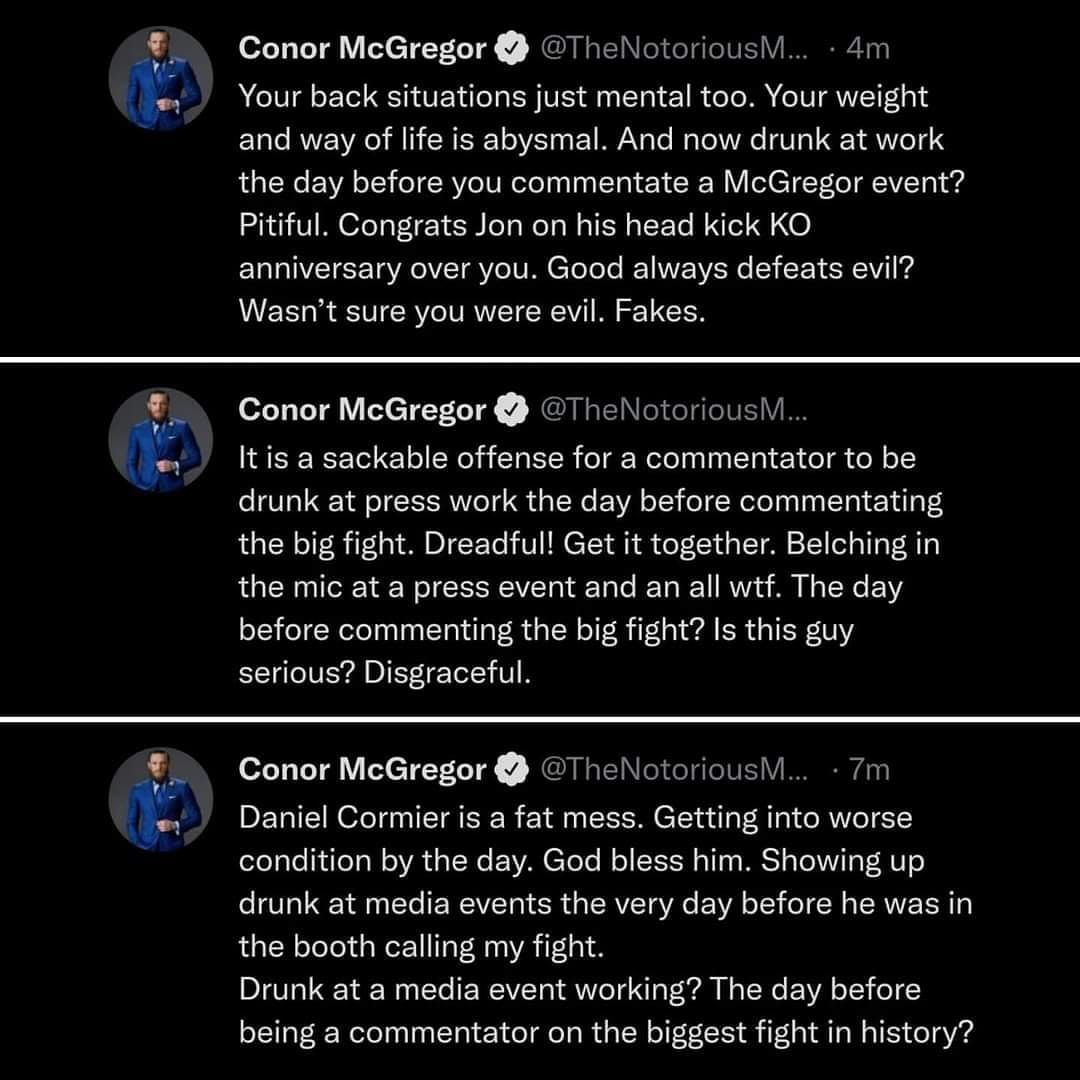 Conor has since deleted his tweets, probably at the intervention of his PR team. Calling out UFC legends and labeling them a “fat drunk” is a move that would earn any fighter the wrath of the MMA community.

McGregor mocked Cormier’s commentary skills as well. McGregor posted a picture of him kicking Poirier in the leg, Conor called DC out for apparent biased commentary in his second fight against “The Diamond”, Conor McGregor was quoted saying “Clean check right there by Poirier’ fat drunk f*** DC.”.

McGregor was convinced Daniel Cormier was drunk during his fight and channeled his frustrations out on the now retired double champ!

Khabib Nurmagomedov father Abdulmanap Nurmagomedov: A man behind his success
The Brutal Truth Behind Dana White avoiding Jon Jones for an entire year