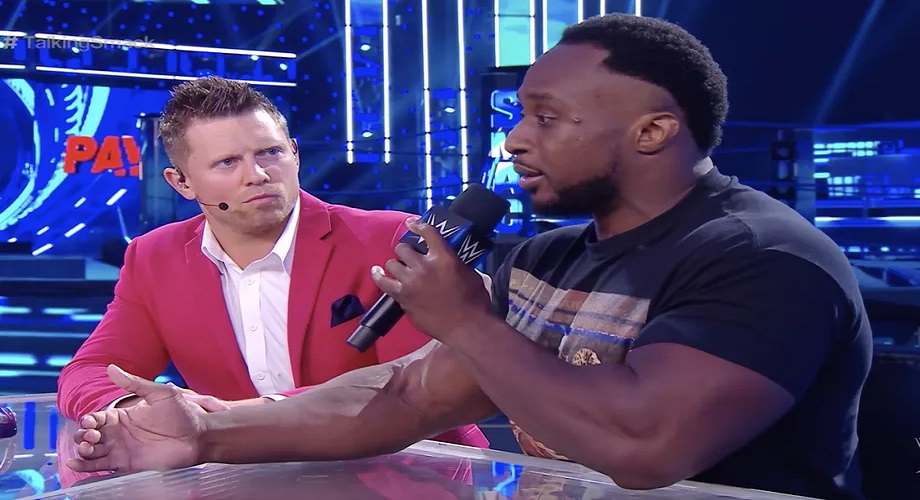 Big E is having a run of his life as a singles competitor. In the last couple of weeks, the heaviest member of The New Day got the better of John Morrison, The Miz and Sheamus. Unlike the first two, Sheamus is getting a second chance at payback as we’re heading towards WWE Payback 2020 PPV.

After nearly a decade, WWE booked Big E for a singles run due to unavailability of Xavier Woods and Kofi Kingston. The company is utilizing Big E’s wrestling talents to the fullest as the eight-time tag champ looked unstoppable in Friday Night Smackdown.

After defeating sheamus, E appeared on Talking Smack on WWE Network. Earlier it was decided that Xavier Woods will be on the host’s chair for Talking Smack. In reality, the Miz hosted the show and had a serious debate with his last guest Big E.

Last week Miz got a lot of criticism for his white privilege and him blindly not realizing it. Looks like Miz and Big E had a conversation about these “gray areas” this time around before they did this segment so he can say what he wanted to say better. #TalkingSmack pic.twitter.com/hJ1hw77KXm

E delivered a fine speech where he mentioned his ability and role as a singles wrestler. He won’t be goofing up week after week, something he used to do as a New Day member. Instead he will be dead serious when the situation demands.

The way Big E cut this promo on the talk show, he is surely having some in-ring mic time in the future. Also, as the BLM movement is getting stronger day by day, WWE would very much like to give push to its African-American wrestlers. Right now, no one is more deserving of a push than Big E.

Anyway, in the show, one thing led to another and it ends with an announcement of Big E vs Sheamus at Payback PPV. Yesterday, The Mysterios vs Rollins and Murphy was announced and now this. Payback match card is now nicely shaping up.

For WWE Universal Championship: ‘The Fiend’ vs. Roman Reigns vs. Braun Strowman