WWE Payback 2020: Rey and Dominik to square off against Rollins and Murphy 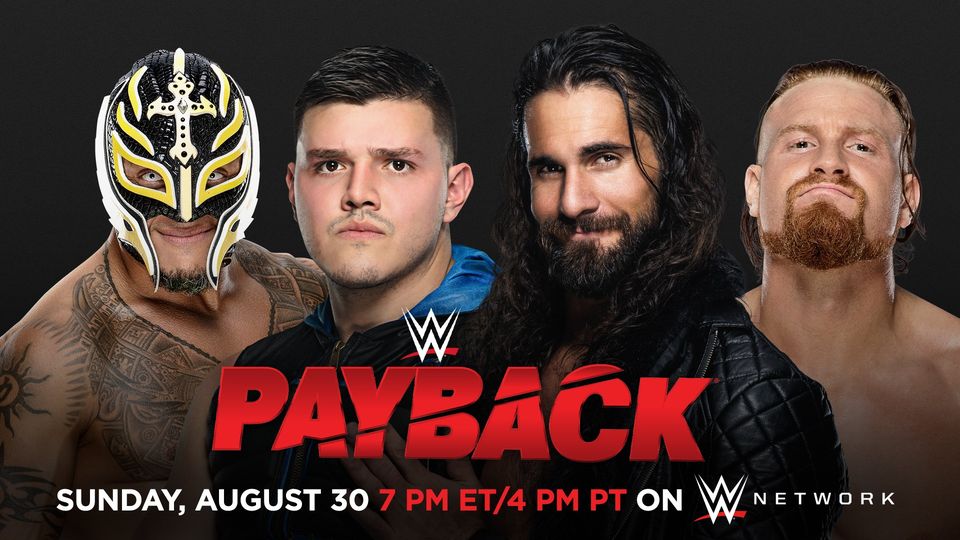 The Mysterios will get another chance to wreak vengeance on Monday Night Messiah and his disciple as the father son duo is set to face Seth Rollins and Buddy Murphy in a tag team match at WWE Payback pay-per-view.

The same match was scheduled at this week’s Raw’s main event before being interrupted by the Retribution. Today WWE announced Rey and Dominik will get another chance to batter the man who caused serious damage to Rey’s left eye.

This will be Dominik’s 2nd PPV appearance after putting up an impressive work in SummerSlam. Mysterio Jr is totally satisfied with his debut match and thanks the people who helped him achieve new heights. Unlike SummerSlam, this time Dominik will have his father in his corner waiting for a tag.

Within a week from SummerSlam, WWE is pulling off another pay-per-view in an attempt to revive ratings. WWE Payback is scheduled to take play this Sunday August 30 at Amway Center a.k.a the Thunderdome.

While the kickoff show will start from 6 PM ET/3 PM PT, the main action will begin an hour later from 7 PM ET/4 PM PT. The show will approximately last for three hours. You can watch WWE Payback live stream by logging into WWE TV.

As of now, four more matches, apart from this tag team bout, are confirmed by the company. Three titles will be defended along with two non-title matches. The final match card will be confirmed after Friday-night Smackdown with one or two additions. Take a look at the current card:

Apollo Crews vs. Bobby Lashly for the United States Championship

‘The Fiend’ Bray Wyatt vs. Braun Strowman vs. Roman Reigns in a no holds barred match for the WWE Universal Championship.