Lionel Messi shocked the world when he told Barcelona that he wants to leave the club for free and expectedly, attention has turned to where his next destination would be.

Given his links with Pep Guardiola, Manchester City have been touted as favorites to sign the Argentine maestro, although other clubs like Manchester United and Inter Milan have also been linked with his services.

Paris Saint-Germain have also been heavily linked with Messi, given the immense funds available to the French champions and it appears that two players on their books are acting as agents in a bid to convince the six-time Ballon d’Or winner to ply his trade in the Ligue 1 this season.

Although PSG are yet to make an offer, according to reports, the French champions believe that they can afford the financial package to land Messi, provided that he is allowed to leave Barcelona as a free agent.

Manchester City are, however, confident of being Messi’s first-choice destination given his close relationship with Guardiola and several boardroom members including CEO Ferran Soriano and club director Txiki Begiristain.

It is believed that the Etihad outfit are willing to offer Barcelona up to  €150m which puts them on a higher standing than their rivals for his signature, while players could also be added to the deal. 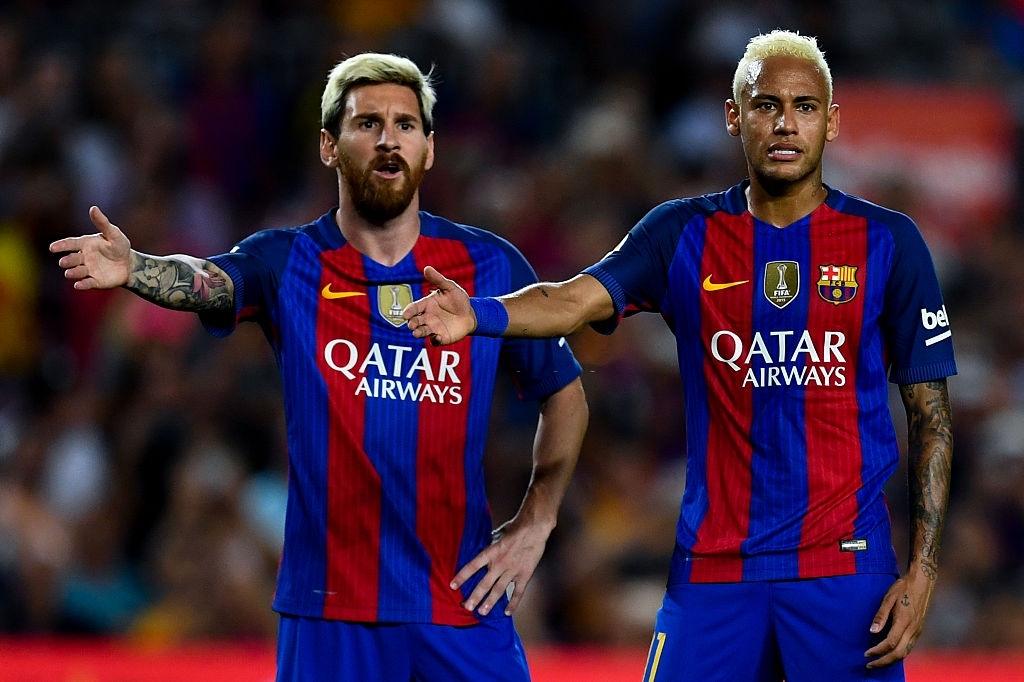 Neymar and Messi spent four successful years together at Barcelona

It appears that PSG are leaving no stones unturned in their bid to convince Messi to come to the Parc des Princes.

Reports have emerged that two of their players have called the Rosario native to sell the idea and benefits of the move to him, with both Neymar and Angel di Maria speaking to him over the phone in recent days.

The 33-year-old maintains a close relationship with both men till this day, having spent four highly successful years between 2013 and 2017 with Neymar at Barcelona, and the two of them (alongside Luis Suarez) were part of the attacking trident affectionately termed ‘MSN’ that is regarded as one of the best attacking combinations in history.

Lionel Messi still holds a fondness with Neymar and has admitted that they are friends both on and off the field, while he has also expressed his disappointment that the club did not honor his wish of bringing the Brazilian back to Camp Nou.

On the part of Di Maria, the pair have been international teammates for over a decade and despite playing for heated rivals on opposite sides of the El Clasico divide, they maintain a personal relationship and both he and Neymar would seek to use this influence to convince Messi.

The Parisians would be smarting from their recent loss to Bayern Munich in the final of the Champions League and given their desperation to land Europe’s biggest club prize, Lionel Messi would boost their chances as favorites for the trophy.

It is also going to be a beneficial move on a personal level for Messi, whereas Barcelona are sinking into mediocrity, PSG have been making steady gains over the last few years and are firmly in place to be a major force on the continent in the coming years.