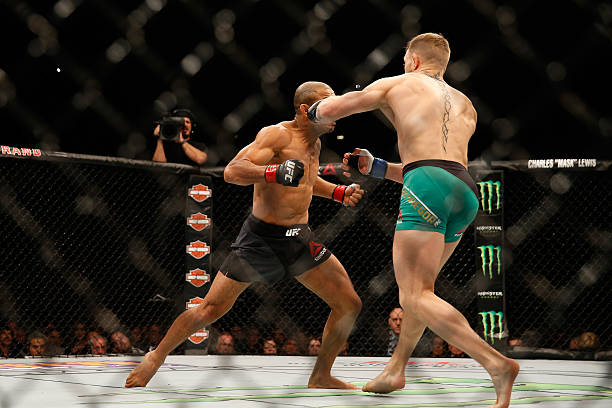 Jose Aldo, ‘The Brazilian Cobra’ is the best featherweight in the history of mixed martial arts, who has created the history of being unbeaten in over 10 years. After the UFC and WEC joined forces, he became the first Featherweight Champion in UFC history.  Jose was a dynamic striker with excellent takedown defense, extraordinary athleticism, and an underrated ground game.

Jose ‘Junior’ Aldo owns wins against Marlon Vera, Chad Mendes, Kenny Florian, Cub Swanson, Mike Brown, Urijah Faber, and Frankie Edgar, who were remarkable opponents. Between 2006 and 2014, Jose Aldo fought 18 times in a row being suffered a 13-second knockout loss against Conor McGregor in 2015; however, he persevered and eventually won the featherweight championship. For the second time in his career, he won the featherweight championship.

After completing a record seven defenses of the featherweight belt, the 36-year-old leaves the sport as one of the most accomplished boxers ever.

Aldo would have been relieved to see McGregor come along at this point, but his joy quickly changed to dread when the UFC decided to send the two men on a global tour ahead of their ill-fated bout at UFC 189.

Chaos followed when the Brazilian addressed himself as the “King of Dublin” in front of a boisterous audience, and McGregor retaliated by adamantly asserting his title before slamming his foot on the desk.

It all started with a world tour that was initiated in Rio de Janeiro and ended with McGregor stealing Aldo’s belt in front of screaming Dubliners. The UFC put a lot of money on McGregor becoming a big star, so they didn’t skimp on advertising what would be the biggest featherweight fight in history and one of the best fights in UFC history. 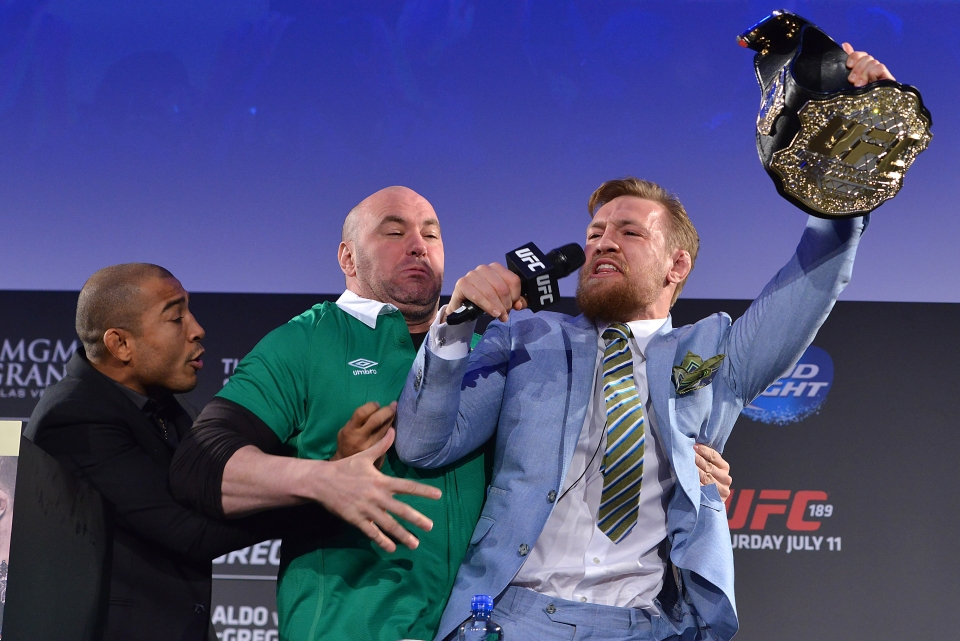 Aldo came in to try his own strikes, but McGregor moved back and hit the Brazilian champion with a left hook. Aldo landed face down. McGregor jumped and hit the referee with two huge hammer fists before the referee could move him away.

In a recent podcast interview, “The King of Rio” described how, prior to their UFC 194 fight, McGregor would call him while drunk.

“It was funny because the guy drinks a lot. He drinks a lot. F*** yeah, he probably even likes to drink gasoline,” Aldo said. “Bro, he would call our private jet completely drunk, just talking shit. F***, it was so funny.

The finish topped Andrei Arlovski’s 15-second knockout of Paul Buentello in 2005 and Ronda Rousey‘s 14-second submission of Cat Zingano as the quickest ever in a UFC world championship bout.

Aldo has been linked to pursuing a professional boxing career and may ultimately choose that path after retiring from MMA.

After leaving mixed martial arts, Aldo may decide to try his hand at boxing.