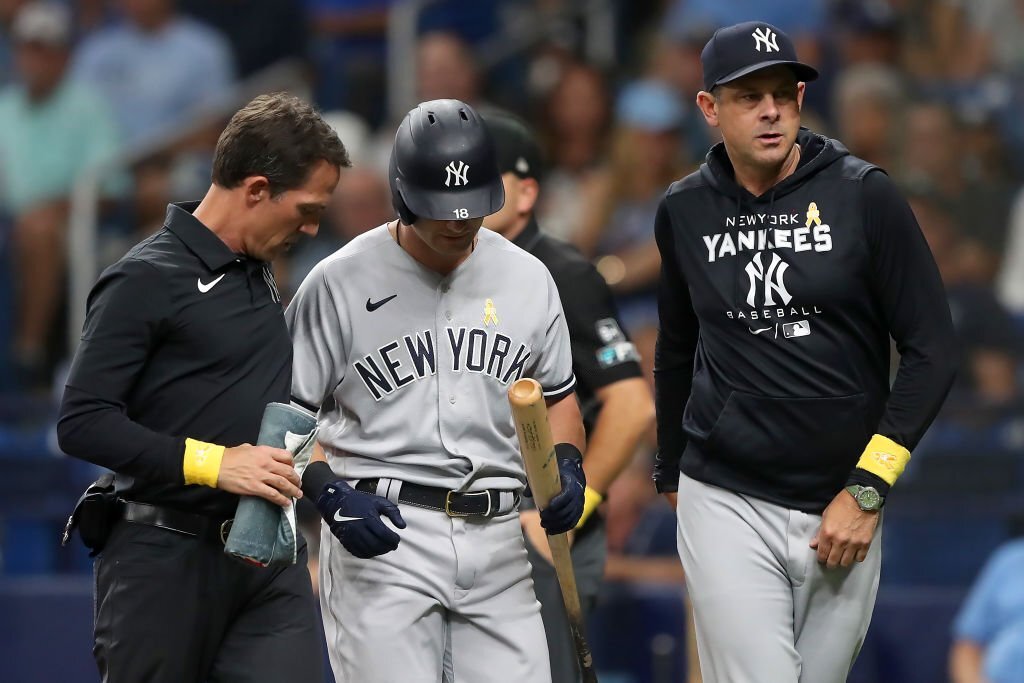 The New York Yankees lost to the Tampa Bay Rays on Friday night in a rout, cutting their division lead to five games as they continued their downward spiral. Unfortunately for the Yankees, it appeared that they too lost this game. The seasoned outfielder for New York, Andrew Benintendi, was placed on the injured list on Saturday due to what the team termed as right wrist cramp.

Benintendi left the game on Friday in the third inning after hurting his wrist while swinging. Additionally, the Yankees released left-handed pitcher Anthony Banda and in exchange, promoted outfielders Estevan Florial and Ryan Weber to the major league roster.

Benintendi has left the game after he injured himself on this swing. pic.twitter.com/87A2ecOnim

New York’s recent disappointments have been brought on, in large part, by their inability to produce offensively. Aaron Judge was in need of an offensive turnaround going into the final stretch, and Aaron Boone and the team were hoping Andrew Benintendi could assist. Aaron Boone claimed that Benintendi experienced a “pop” in his wrist during an at-bat, which instantly raised questions. The outfielder had an MRI on Saturday, which is what prompted the IL classification.

The 28-year-old was a significant trade deadline acquisition for the Yankees. He has batted since switching from the Kansas City Royals. 33 games, a slash line of 246/.323/.395 (106 OPS+), two home runs, and four stolen bases. The exact length of Benintendi’s absence is unknown, but it will likely be at least 10 days in compliance with Major League Baseball regulations. As an incoming free agent, he undoubtedly wants to return before hitting the open market this coming winter.

The Yankees will play game two of their three-game series against the Rays on Saturday before playing game three on Sunday. Nevertheless, he will be missed and it is currently unknown when he will return. The team is undoubtedly looking for Andrew Benintendi to return as soon as possible. This baseball team could use any amount of offensive performance at the moment.