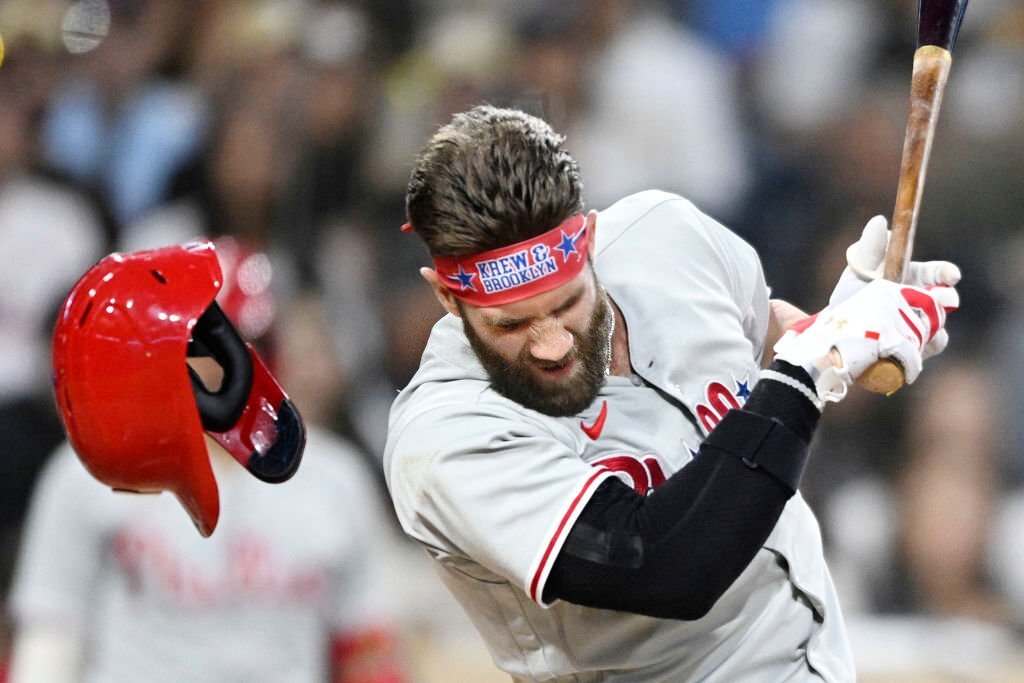 Imagine having the best time of your MLB career, and suddenly out of nowhere a 97-mph fastball hits your thumbs and shatters your bones along with your dreams. The Phillies’ supernova was having one of the best seasons of his career as he was delivering promising performances game to game. The majority of MLB gurus speculated that if everything went well he could have been the MVP of this season. 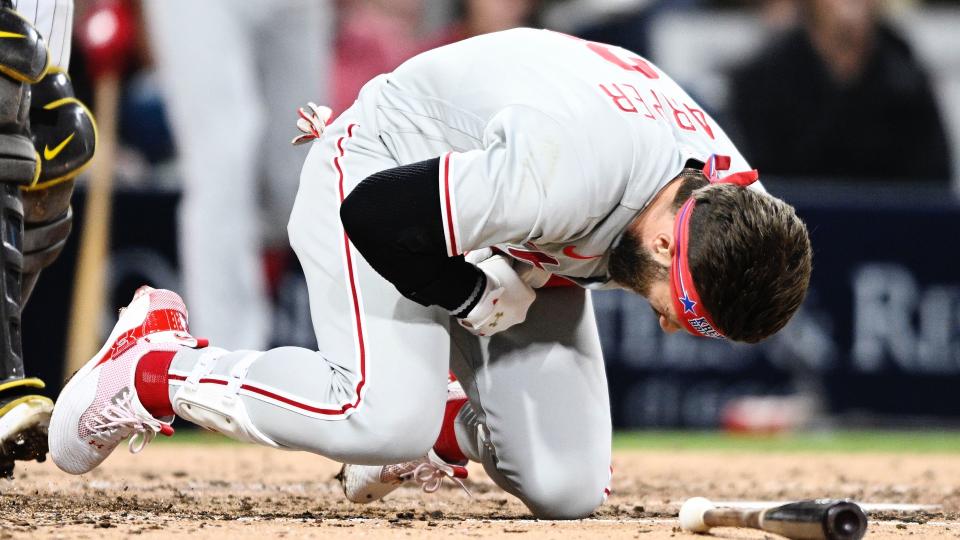 Did Bryce Harper break his hand?

Although The Phillies haven’t conducted any detailed diagnosis yet on Harper, they have confirmed that he has fractured his left thumb and didn’t break his hand.

Power pitcher Blake Snell launched a 97 mph fastball that unintentionally struck Bryce’s left thumb while he was batting against the Padres. The 29-year-old hitter’s thumb was fractured instantaneously on the spot. Unable to endure the pain, he left the field in the blink of an eye. 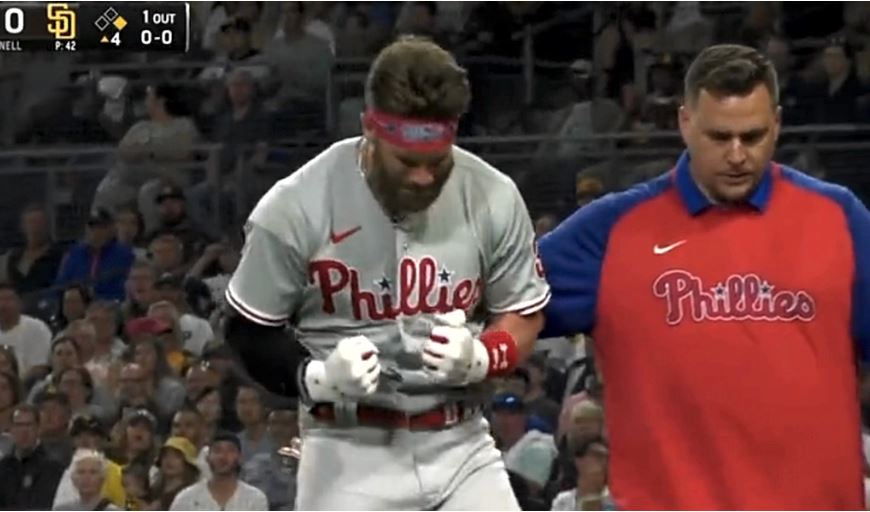 Bryce Harper plays for the Philadelphia Phillies as a right fielder and designated hitter. He bats with his left hand but throws with his right hand. While batting, the left-handed hitter injured his left thumb during his last game against the San Diego Padres.

How long will Bryce Harper miss?

The franchise officially placed him on the 10-day injured list on Sunday. Even though Harper hasn’t gone through a detailed diagnosis yet, however, the estimated recovery time for fractured thumbs can be four to six weeks.

Earlier this month, Cincinnati Reds’ catcher Tyler Stephenson was in a similar injury. San Francisco’s Brandon Belt and Realmuto fractured their thumbs as well last year. Each of these athletes was provided with an estimated recovery time of four to six weeks. However, Bryce will be notified about his injury in detail within a few days. His reaction was, “I’ve never broken anything in my life,” he said. “This is new to me. … It’s a bummer.”