#ENDSARS Protest: Footballing world speaks out in condemnation of police brutality in Nigeria 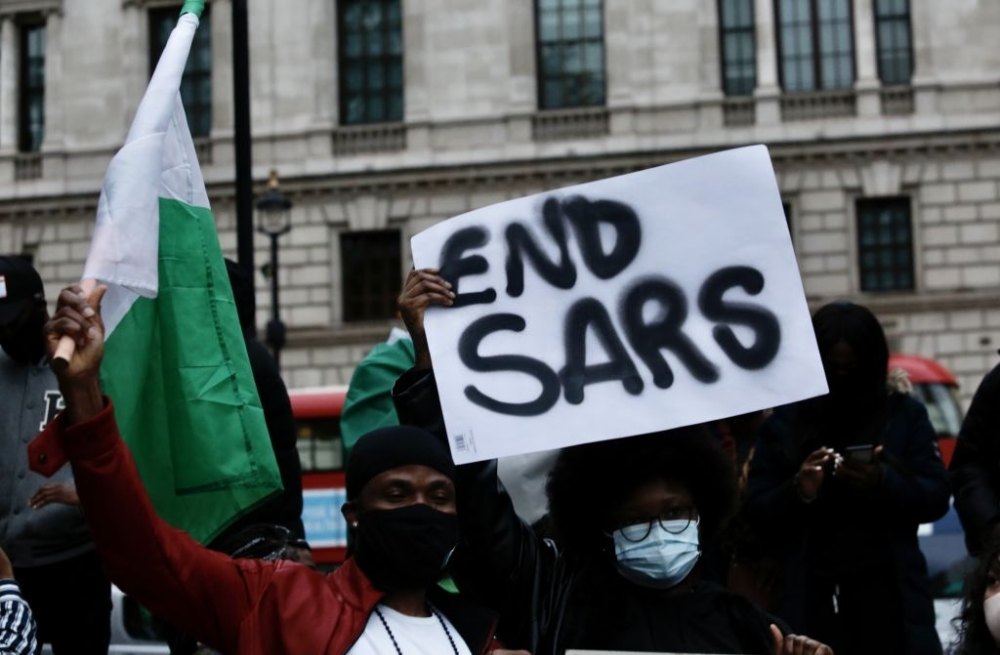 The #ENDSARS protest going on in Nigeria has garnered attention worldwide, as the people of the West African nation took to the street to protest against police brutality.

The Special Anti Robbery Squad (SARS) was a tactical division of the Nigeria Police Force, formed in 1992 to handle high profile crimes related to kidnapping, bank, and highway robberies.

However, over the years, the unit has deviated totally from its aims and objectives and morphed into a deep-rooted and cantankerous cancer, such that the mere mention of the name puts fear in the minds of the average Nigerian.

It became a regular sight to see SARS officials harass innocent citizens, using the extra fear attached to their personnel to cause untold hardship and suffering.

Extrajudicial killings, kidnappings, unlawful arrests, and detentions became the norm where SARS was concerned. Their modus operandi put them on a similar pedestal to the criminals they were deployed to eradicate.

The advent of the social media age has helped put some of their atrocities to light. However, despite cameras in virtually every smartphone, these officers still go about their impunity with unabashed confidence.

Perhaps safe in the knowledge that they are seemingly backed by a system renowned for not bringing perpetrators to book, it is not uncommon to hear SARS officials boast about killing innocents citizens without any fear of retribution or being brought to justice.

There have been stores about the crimes committed by SARS officials that are truly horrific to relate, and the citizens of Nigeria had finally had enough and took to the streets to air their grievances.

There had been several calls in the past for SARS to be ended, with a notable human rights activist Segun Awosanya (SEGALinks), convening an ENDSARS movement that had seen hundreds of victims of illegal extortion and police brutality get justice.

However, in the eyes of Nigerians, the officers were getting bolder by the day, and they finally had enough and took to the street to demand the end of this hydra-headed monster.

This has gone long enough and now we MUST take action! I'll be leading a protest to #ENDSARS on Thursday, October 8th 2020.

They MUST listen to us, they MUST make/effect REAL and VISIBLE changes! Empty promises won't work this time!!! 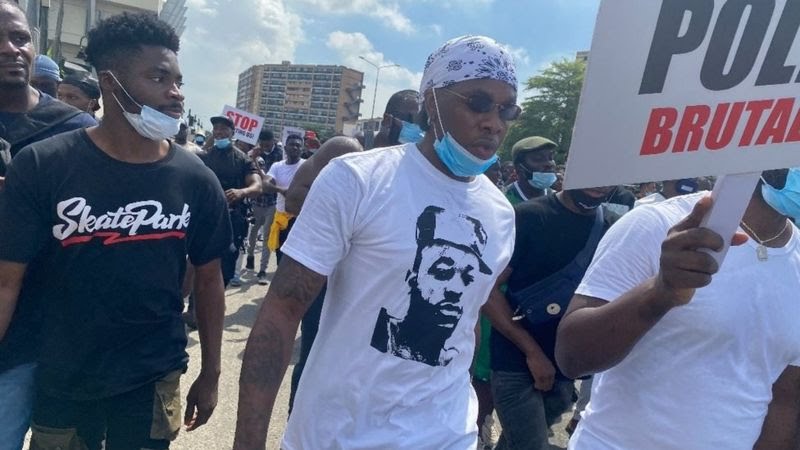 Entertainers were at the forefront of the peaceful protest.

Firm in their resolve, two world-renowned musicians, Douglas Jack Agu (popularly known as Runtown) and Folarin ‘Falz the bad guy’ Falana (son of the great activist and lawyer Femi Falana), took to Twitter to raise awareness for the planned march.

I will be at the peaceful #EndSARS protest taking place on Thursday Oct 8 by 10AM. We take off from Lekki Phase 1 toll gate! cc @iRuntown

In what was one of the most coordinated protests ever seen in recorded history, Nigerians put aside their cultural, tribal, and religious differences to the side. They unequivocally stated that their demands must be met.

From Lagos to Abuja, Port Harcourt to Owerri, the agitation was the same. A political class used to governing docile citizens was shaken to the core over this unprecedented movement.

The government demanded talks with leaders of the movement, but citizens insisted that the #ENDSARS protest had no leaders.

In a remarkable show of coordination, a decentralized movement was still organized enough to get food and water supplies to all protest venues across the country while also engaging legal services for protesters unlawfully detained.

They peacefully paraded the major roads across Nigeria, united in their cause for police reforms. At the same time, they also made sure they cleaned up after themselves and won the admiration and support of the general public. 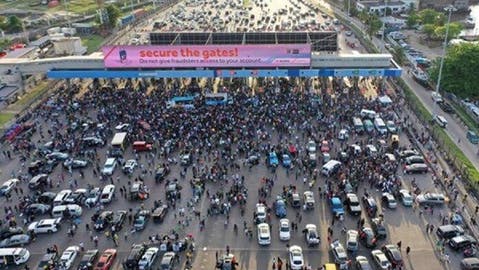 The protests were very coordinated and peaceful.

In a bid to soothe nerves, the government ordered the disbanding of the rogue unit less than 48 hours after they had insisted that it was impossible.

However, this was the 4th time such directives were given I the last three years, all without the necessary expedite action on the part of the government to enforce it.

For a population that was used to seeing their politicians lie and fail to keep promises, they stuck to their resolve to keep the #ENDSARS protest going until their demands were met holistically.

The domino effect was also felt in countries worldwide, and solidarity marches were held on different continents and nations of the world. 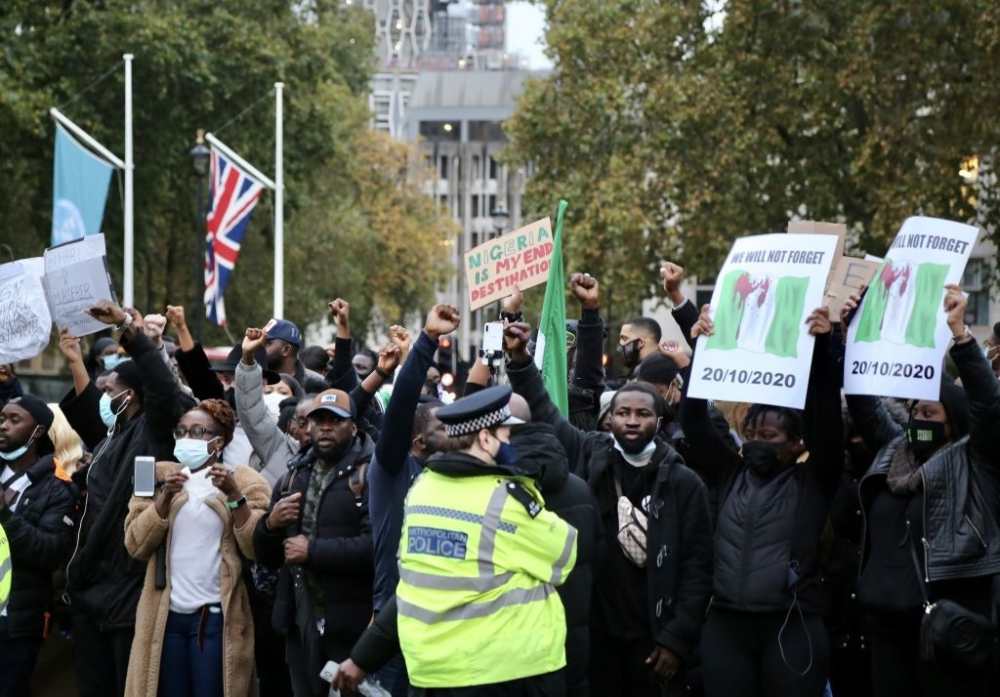 There were solidarity protests in countries all over the world.

The footballing world lends its voice to stop police brutality in Nigeria.

For over a week, the #ENDSARS hashtag was the number trending hashtag around the world, with over 15 million tweets related to it tweeted worldwide.

This expectedly brought global attention to the message Nigerians was trying to send, and footballers were among the earliest public figures to throw their backing behind the people of Nigeria.

From Mesut Ozil to Alex Iwobi, Reece James to Tammy Abraham, several footballers used their global reach to raise awareness of what was happening in Nigeria.

Horrible to hear what’s been going on in Nigeria. Let's make this a trending topic everywhere ▶️ #EndSARS – My thoughts go out to everyone who has been affected. ??? #EndPoliceBrutality

You don’t need to be Nigerian to speak out? what’s currently happening is devastating! My thoughts and prayers go out to everyone affected across the world. This need to end? #EndSARS #EndPoliceBrutality 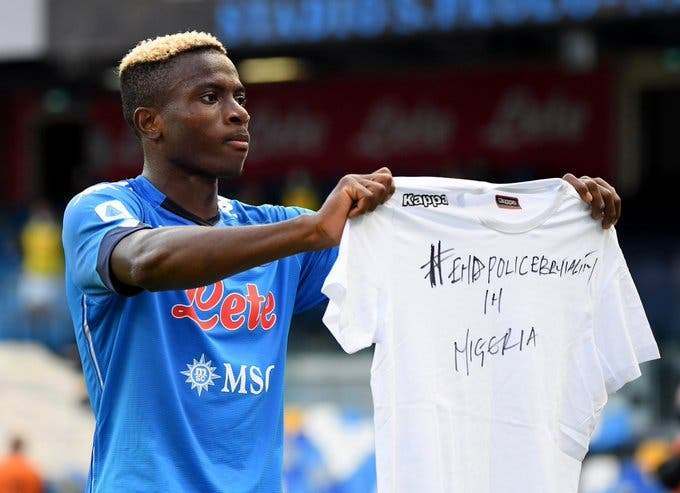 Africa’s most expensive player Victor Osimhen also used the opportunity of scoring his first goal for new club Napoli to send a message across to the world.

It was not only sportsmen who lent their voice; some world-renowned entertainers also helped raise awareness about the police brutality in Nigeria, while Jack Dorsey, founder of Twitter, also created a special emoji for the movement and helped with donations.

The #Lekkitollgate massacre and a message from Odion Ighalo

On October 20, 2020, the governor of Lagos state – Nigeria’s biggest city and commercial nerve center – imposed a statewide curfew to begin at 4 pm. Still, the application of this curfew was impossible, as there was hardly enough time to ensure that over 20 million people who had gone about their normal activities would be home in time to beat the curfew.

The #ENDSARS protest, now on day 13, went ahead as planned, and protesters gathered at the Lekki Toll Gate – ground zero of the protest – to continue their peaceful agitation for police reforms.

There had been indications of sinister moves when earlier in the day, some operatives on instruction from the government proceeded to remove the CCTV cameras present at the most visible and important places in the entire state. At the same time, the lights around the area were also switched off.

Despite the foreboding, the brave protesters stood their ground, linked hands, waved the Nigerian flag, and sang the national anthem, hanging on to hope that they would not be murdered by their own government. 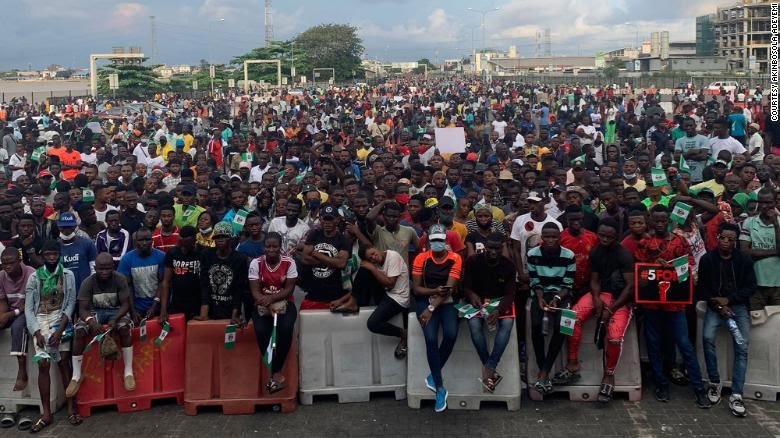 The protesters were harmless and only held placards with the Nigerian flag while singing the national anthem.

However, in scenes reminiscent of the Tiananmen Square massacre of  1989, the military was deployed on harmless Nigerian citizens, and live rounds of ammunition were fired directly at them.

Full details of the massacre remain unclear, as everywhere was engulfed in pitch darkness. Still, some brave young men and women could be seen streaming live videos of people trying to save the injured, despite being barricaded by murderous soldiers.

In a particular live video that lasted for over an hour and had over 100,000 viewers, untrained citizens could be seen trying to render medical help to badly injured protesters and remove bullet pellets from gunshot wounds. Simultaneously, there were also videos of first responders being turned back at the barricade and denied access to provide specialized medical care.

In the aftermath of the incident, Manchester United forward Odion Ighalo took to his official Twitter page to release a video immediately after his club’s Champions League fixture with Paris Saint-Germain.

In the video made at the Parc des Princes, he said:

“I’m not the kind of guy who talks about politics – but I can’t keep quiet anymore about what is going on back home in Nigeria.

“I would say [to the] government are a shame to the world – for killing your own citizens, sending military to the streets, to kill [unarmed] protesters because they are protesting for their rights. It’s uncalled for.

“Today, 20th of October 2020, you people will be remembered in the history as the first government to send military to the city to start killing their own citizens.

“I am ashamed of this government. I am tired of you guys. I can’t take this anymore.

I’m calling the UK government, calling all those leaders in the world to please see what is going on in Nigeria and help us – help the poor citizens.

”The government are killing their own citizens. We are calling [the world’s governments], the United Nations, to see to the matter.

“I want to tell my brothers and sisters back home to remain safe. Be indoors, please don’t come [outside]. Because this government are killers and they will keep killing if the world does not talk about this.

“God bless you all. Remain safe. One Nigeria.”

The Lekki toll gate massacre is the latest indictment on a government that has increasingly become out-of-touch with the yearnings of the citizenry and further highlighted why the citizens remain resolved in their determination to keep the #ENDSARS protest going.

Thiago Silva: Can this ageing warrior bring on a long-lasting impact at Stamford bridge?
Five things we have learned from this week’s Champions League matches