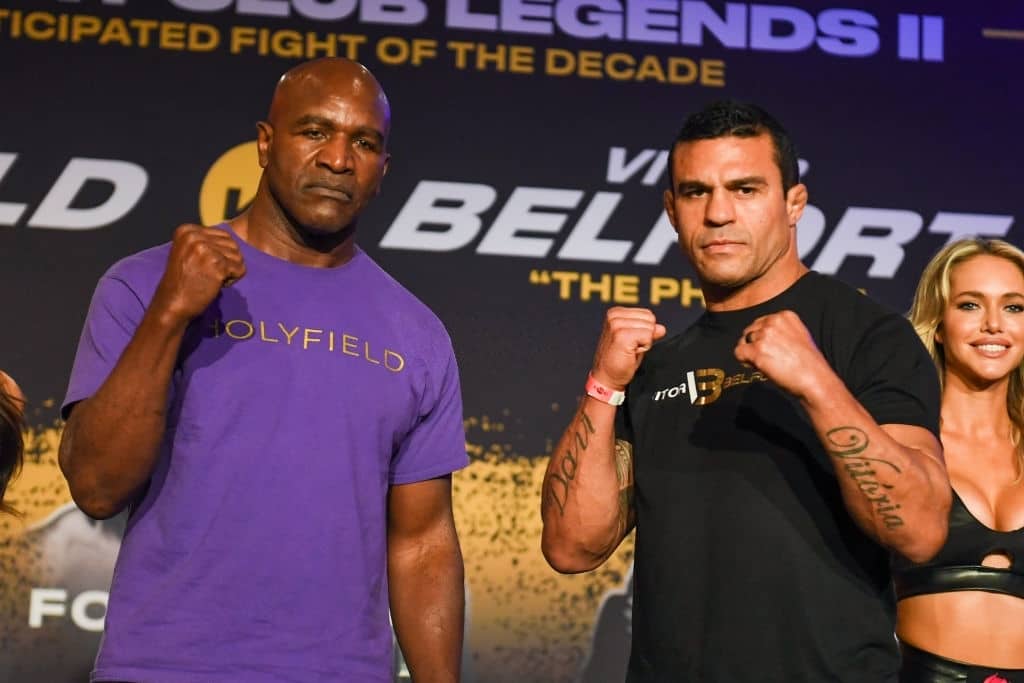 Evander Holyfield and Vitor Belfort once again put on their gloves for Triller’s “Legends II” pay-per-view (PPV) event on Sep. 11, 2021. “The Real Deal” Holyfield marked a long-awaited return to the ring after a decade. Facing off against him, making his boxing debut, was the former UFC light heavyweight champion, Vitor Belfort.

Just as everyone expected, “The Phenom” Belfort was able to make short work of Holyfield. Although Holyfield looked impressive for his age (58), he quickly succumbed via TKO within 1:49 of Round 1.

Interestingly, we also witnessed Anderson Silva knock Tito Ortiz out cold in Round 1 in the co-main fight. Originally, the main event was meant to feature Oscar De La Hoya against Vitor, but the former pulled out a week before the fight due to COVID-19 complications. According to many, this was the main reason which lead to the event being a flop.

As it turns out, the Holyfield vs Belfort PPV event totaled a meager 150k PPV buys, and a gross of $7.5m.

Per sources, #HolyfieldBelfort event totaled about 150k PPV buys between linear & digital platforms, which would make it a massive $ loser for Triller. At 150k it would gross about $7.5M from ppv, not remotely close to covering even the purses, not to mention rest of expenses.

What’s Next for Vitor Belfort and Triller? 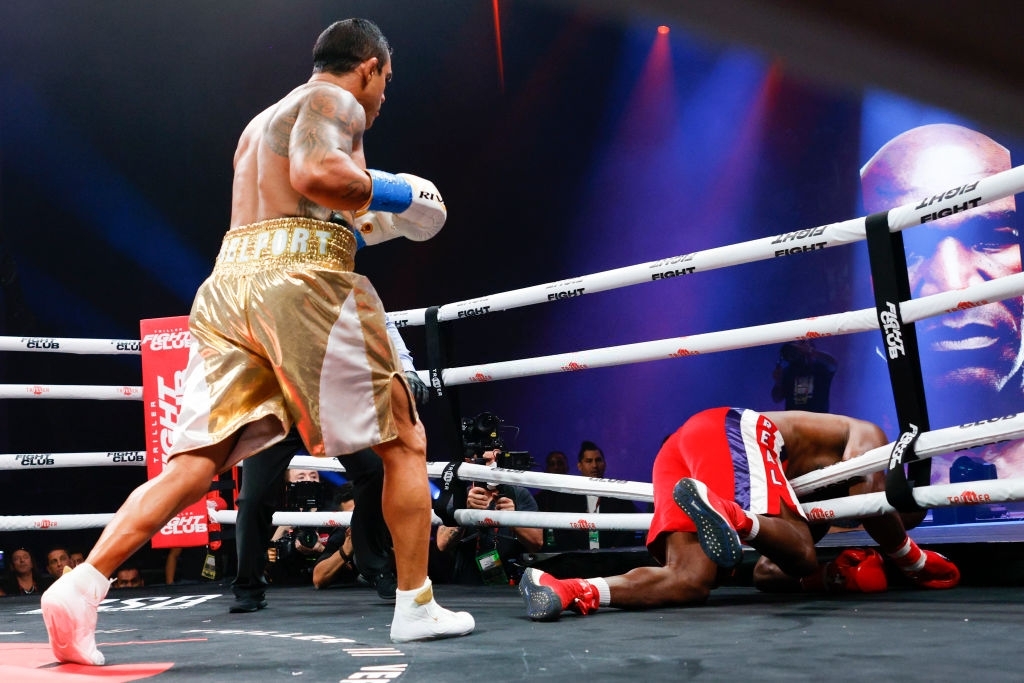 After incurring heavy losses with the “Legends II” PPV event, Triller will be looking to get back on track. As such, rumblings of a possible showdown between their “cash-cow” Jake Paul and rising star Vitor Belfort with a potential $30m on the line have already begun. Although, Belfort is keen to fight Paul, “The Problem Child” has remained dismissive of the idea as he feels that Triller Fight Club does not have the $30m to cough up.

Whether Triller can get Paul on board for another fight with Vitor remains to be seen. However, Triller also has another possible match-up in Anderson Silva and Belfort. Previously, the two have met inside the Octagon wherein Silva came out victorious. With money and reputation on the line, it will be interesting to see what Triller comes up with next.