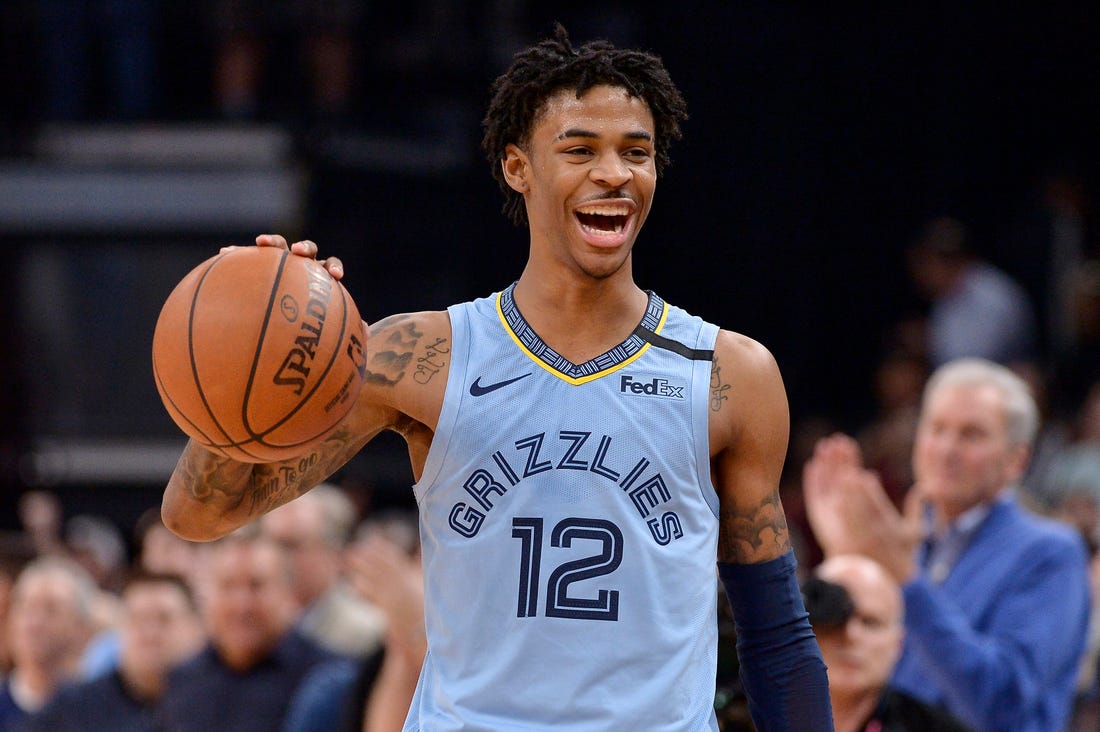 Ja Morant has hit back at Golden State Warriors’ rookie Jonathan Kuminga after the latter appeared to troll the Grizzlies on Twitter.

An intense play-off series between the Golden State Warriors and the Memphis Grizzlies came to an end with the Warriors taking the series 4-2. Even though the series is over, the banter between the players is yet to end.

After the Warriors closed out the series 110-96 on Game 6, rookie Jonathan Kuminga trolled the Grizzlies with a postgame tweet.

The tweet did not bode well in the Grizzlies camp, especially with Ja Morant. The injured star, who has been absent in the last three games with injury, hit back at the rookie, telling him to “earn some stripes first kid”

Kuminga then responded to the Tweet, saying that he “does not need to say too much”

Kuminga is referring to the song “Whoop That Trick” by rapper Al Kapone. The song has become a rallying cry for Grizzlies fans this season. It became a huge talking point during Game 5, when Steph Curry told ESPN’s Kendra Andrews before the game that the Warriors’ plan was to “Whoop That Trick.”

Curry’s words came back to haunt him as the Grizzlies came back strongly in game 5 with 134-95. This victory caused huge sensation on the internet, and also led to the creation of some hilarious memes. The Grizzlies crowd also started chanting the song during the fourth quarter of game five.

Ultimately, this is just some back and forth between two players. Kaminga started in games 3,4,5 but did not appear in game 6. So it is natural for some faction of the Grizzlies camp to tell him to have more game time before trolling teams.