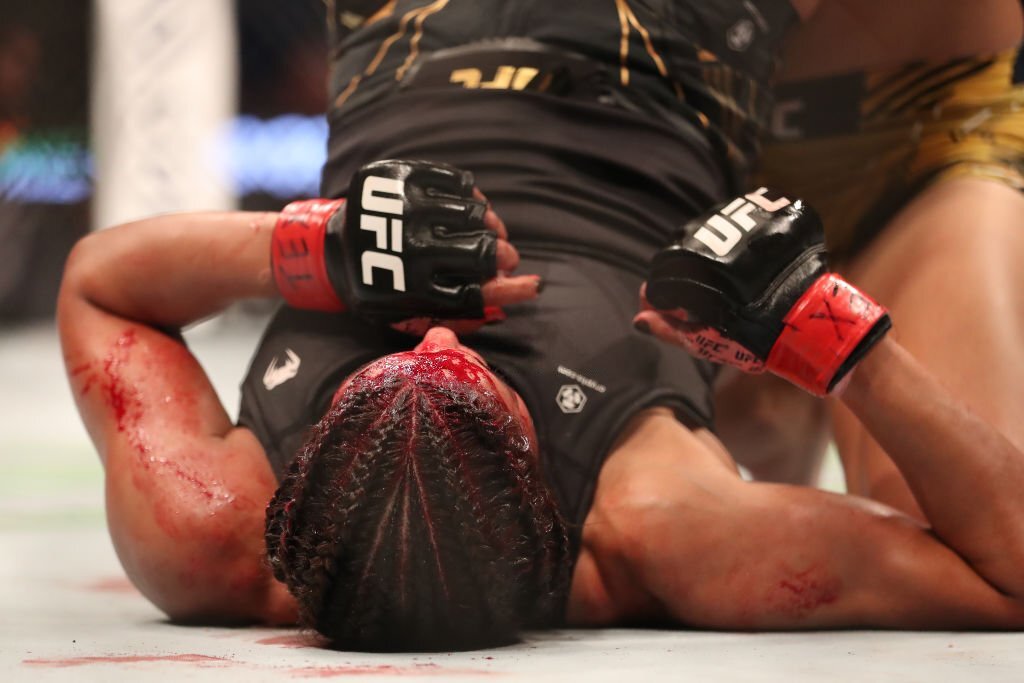 Following her five-round decision loss to Amanda Nunes in the UFC 277 main event, Julianna Pena required surgery to repair the damage. Despite not breaking any bones, Pena was covered in blood for the majority of the second half of the fight as a result of many cuts on her head caused by a series of elbows, courtesy of Amanda.

Pena missed the UFC 277 post-fight press conference because of a visible gash on the top of her forehead that was revealed by left side footage; UFC President Dana White stated that she was rushed to a nearby hospital in Dallas for treatment. “Julianna’s got a big chunk missing from her forehead,” White told reporters after the fight, per MMA Junkie. “She’s going to see a plastic surgeon right now.” 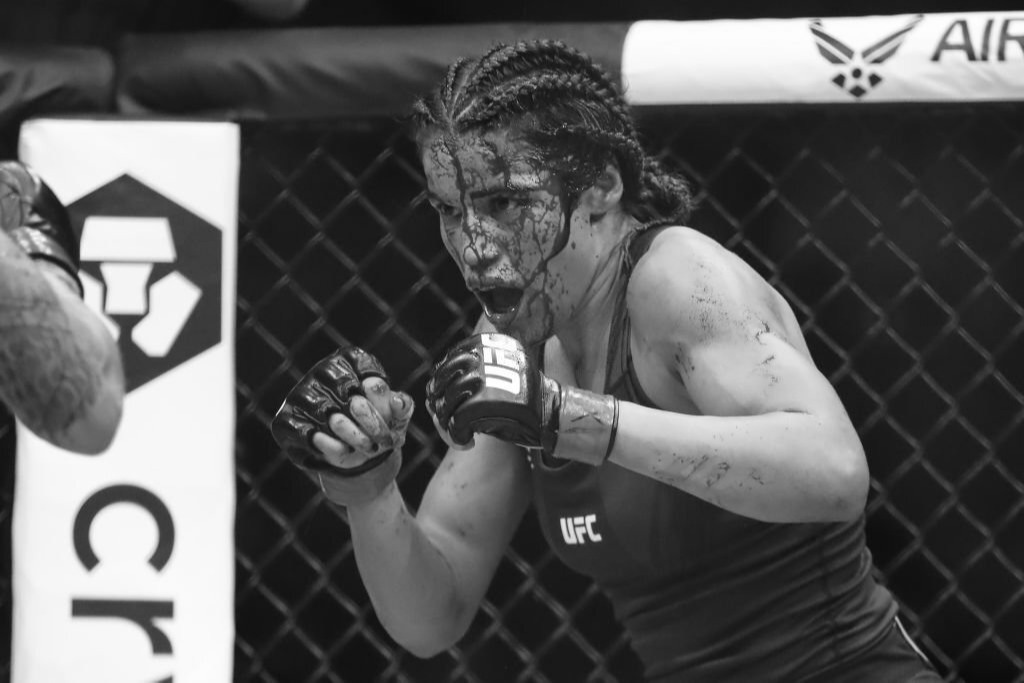 However, Julianna Pena minimized the injury by posting a photo of her on Instagram and captioning, “Tougher than a two dollar steak,” Peña wrote. “Thanks for the love everyone! Just a cat scratch that required a few stitches, no chunks missing, no surgery necessary. Love you all!”

White’s main concern is to allow Peña enough time to heal. “Take some time to heal, and then I don’t know,” White said. “She got pretty banged up tonight. It was like five or six knockdowns in the first two rounds. She was hurt. “She needs to take some time off. Relax, spend some time with her daughter, and then we’ll go from there.” In one of the biggest upsets in UFC history, Pena defeated Nunes by submission to win the bantamweight title at UFC 269. In response, Nunes dominated every round of the rematch on Saturday, winning by scores of 50-45, 50-44, and 50-43.

Following her previous submission loss, Nunes declined to follow Pea to the ground following knockdowns in the early rounds of the fight on Saturday. However, she changed her strategy late in the bout and moved the fight to the ground, where she delivered the strikes that opened the gash in Pea’s forehead.