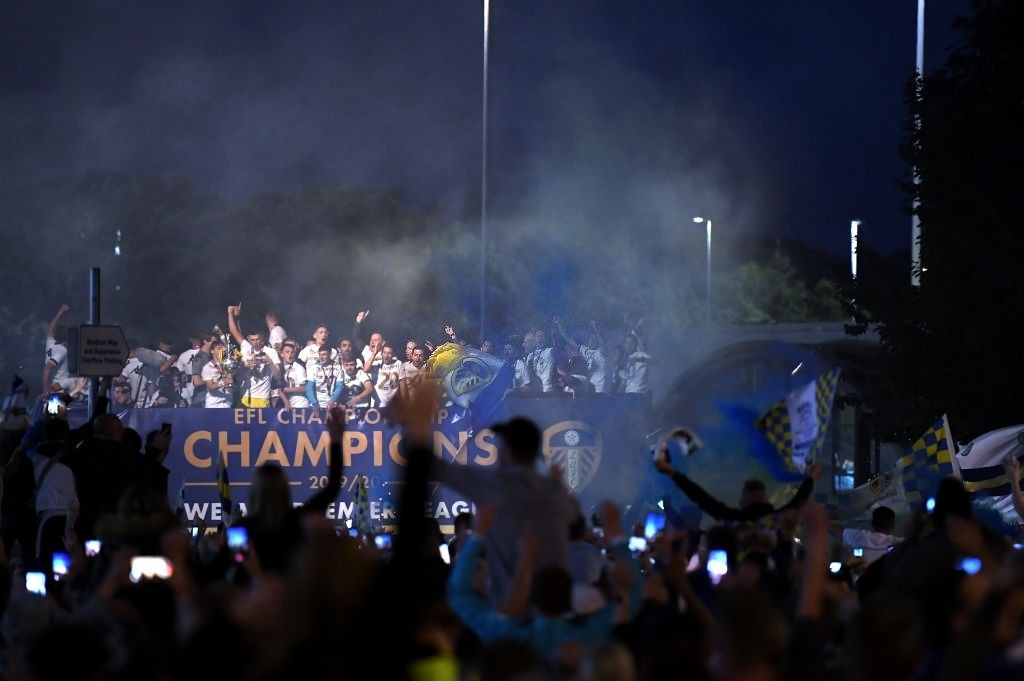 Premier League new boys Leeds United have been charged by the Football Association over their excessive celebrations following the confirmation of their promotion to the top-flight.

The Whites secured their promotion from last season’s Championship after defeating Derby County 3-1 at Pride Park on July 19 and upon the final whistle, the players and technical staff proceeded to celebrate on Derby’s field in a manner that was deemed inappropriate.

A statement by the FA read: “Leeds United FC has been charged with a breach of FA Rule E20 following its EFL Championship fixture against Derby County FC on 19 July 2020.

“It is alleged that the club failed to ensure its players and/or officials conducted themselves in an orderly fashion as pyrotechnic devices were used following the conclusion of the fixture.

“The club has until 3 September 2020 to provide a response.”

Leeds United, however, gave immediate response and confirmed its culpability, with a statement on the club’s website stating “The Club has accepted the charge.” Leeds United were once among the biggest sides in England and were crowned champions in the last season of the Old First Division before the Premier League commenced in 1992.

The Yorkshire outfit, however, fell from their previous heights and despite spending heavily to augment their squad, they suffered the ignominy of relegation from the top-flight in 2004 and were further demoted to League One just three years later.

A return to the Championship was completed in 2010 and since then, the club tried to secure Premier League promotion to no avail, with their shocking capitulation in the 2018/19 season being a hard pill to swallow, having led the table for most of the campaign.

Given the history of the club, fans of Leeds United consider themselves among the elite of English football and have been eager to see their team back among the top-flight teams.

Following their clash with Derby, players of the club got onto the field to celebrate, with several bottles of Champagne being popped and fireworks and pyrotechnics lit up, while banners highlighting the achievement were also unfurled in front of the assembled media.

The club also came in for hefty criticism after they held an open-top bus celebration around the city, parading the Championship trophy in front of fans unable to watch their crowning game against Charlton inside the Stadium just days later.

This went against lockdown and social distancing measures being enforced to combat the COVID-19 pandemic but club officials defended their actions, stating that it was put in place to ‘tell fans not to stay out.’

Leeds would partake in Premier League football for the first time in 16 years and they would visit Anfield to take on defending champions Liverpool in their opening fixture on September 12.