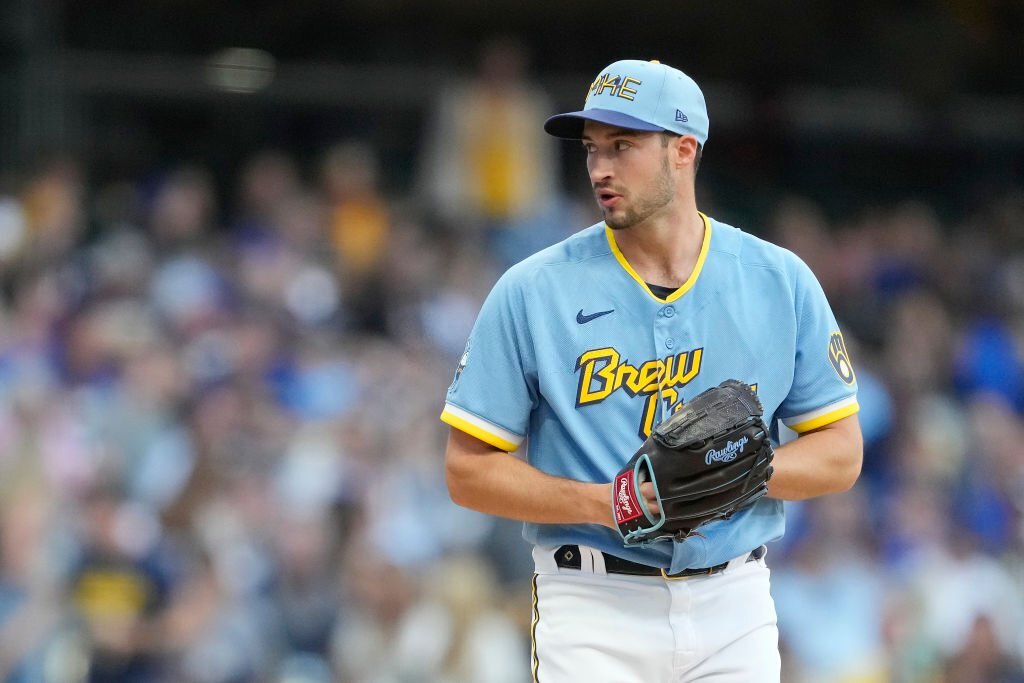 The Milwaukee Brewers have agreed to terms with left-handed pitcher Aaron Ashby on a five-year contract extension through 2027, with club options for 2028 and 2029. The President of Baseball Operations, David Stearns, confirmed the agreement. Ashby entered the league in 2022 as one of the top prospects for the franchise.

“We are very happy to reach a multi-year agreement with Aaron,” said Stearns. “Throughout his time in our organization, Aaron has demonstrated a unique combination of persistence, character and talent. He is establishing himself as one of the premier young pitchers in baseball, and we look forward to watching his continued growth and success.”

Sorry, had an old-timers flashback with Andy Ashby, should be: Aaron Ashby's contract guarantees him five years at $20.5M. If options picked up and escalators hit it is worth $46M.

“I love this organization. I love the coaches here, I hope I outperform the contract.” Ashby explicated Saturday at American Family Field after the deal was announced. “There’s so many people here that have helped my career and got me to be where I’m at today. There’s a certain level of security there, definitely. Just to know that I’m gonna be here long term and can settle in here is a great feeling.”

If the Brewers decide to exercise those two options, the agreement will buy out Ashby’s first two seasons of free agency, which were scheduled to begin after the 2027 season. Joel Sherman claims that the agreement guaranteed Ashby $20.5 million over a five-year period, and that incentives and the two option years may increase the agreement’s overall value to $46 million.