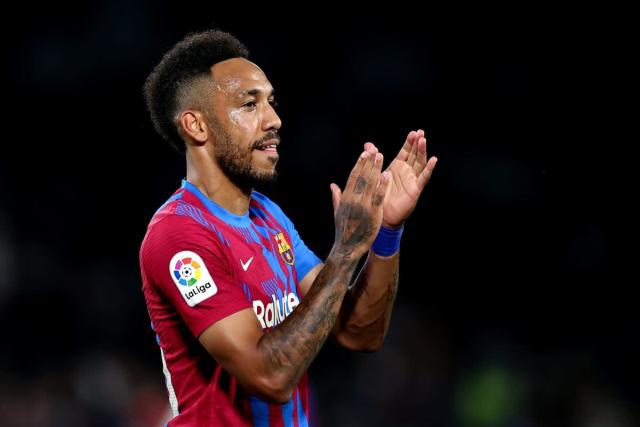 Since FC Barcelona acquired Robert Lewandowski from Bayern Munich with the intention of designating him as the primary striker, Pierre Emerick Aubameyang was made a movable target who may join Chelsea FC this summer.

As a result, the Pierre-Emerick Aubameyang latest transfer news is showing the fans that the star striker might have started packing for a surprise move to Stamford Bridge within 31 August.

Timo Werner and Romelu Lukaku’s exit from Chelsea Football Club, according to rumors, has made Tuchel hesitant to develop the current attackers, and as a result, he is eager to sign the Gabonese striker to create a potent attacking lineup alongside Kai Havertz.

On the other hand, Pierre-Emerick Aubameyang latest transfer news is indicating that the Barcelona striker may be hoping to rejoin his former manager at Chelsea with a view to earn more game time for himself.

This linked situation is now a popular topic for soccer enthusiasts across Europe because most of them are hoping that Barcelona should reconsider the decision for the sake of their reputation.

Some twitter feeds are also claiming that Aubameyang’s deal might get the real twist if Barca finds the right proposal and therefore famous soccer correspondent Gerard Romero said, “Barcelona would be willing to sell Pierre-Emerick Aubameyang but only if Chelsea make an offer of around €25M and €28M.”

🚨 Barcelona would be willing to sell Pierre-Emerick Aubameyang but only if Chelsea make an offer of around €25M and €28M.

Due to a range of troubled financial situations over the last couple of years, FC Barcelona is now working hard to ease pressures off their neck by selling many players and club wealth.

Again, Thomas Tuchel has been quite public about his desire for not only new additions but also a fleecing of departing players as the transfer market reaches its final month and also, he is very open about how eager Chelsea is for reinforcements.

These two situations are now suggesting that Chelsea might accept the latest bid from Barcelona to sign Aubameyang for a longer contract.

Who are the Glazer family owning Manchester United? & why are Red Devils fans so furious with them?
Manchester United set to deny Adrien Rabiot’s £160,000-a-week salary demands as it’s too high