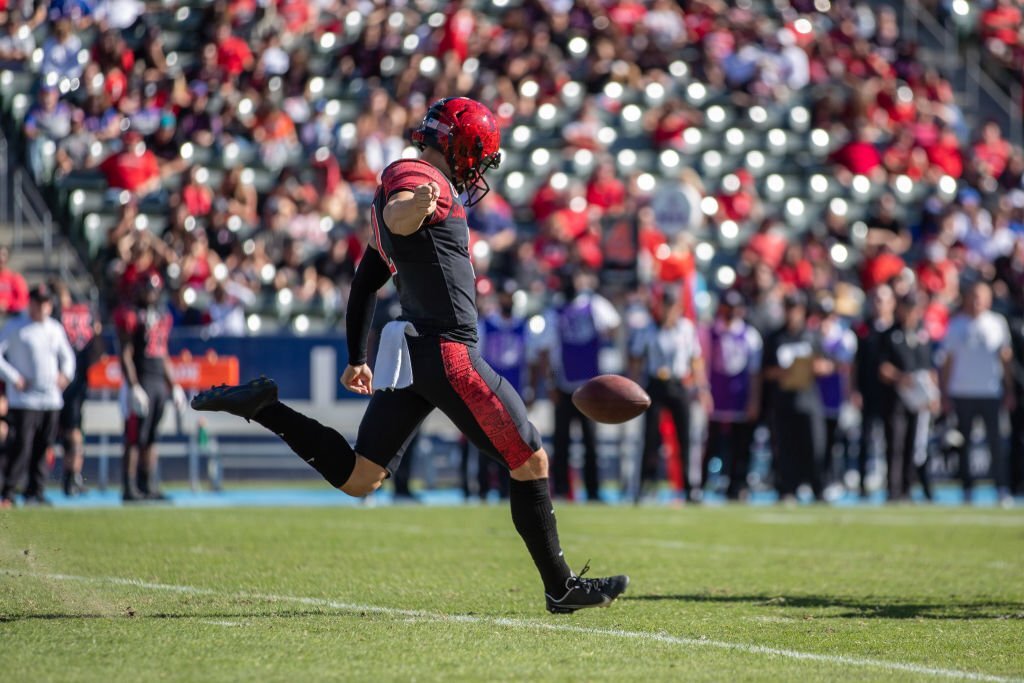 At San Diego State, Matt Araiza attracted widespread notice for his remarkable punting skills. The Punt God unleashed an 82-yard field goal against the Colts in Buffalo’s opening preseason game, living up to his moniker. The kick, which came in the final seconds of the second quarter, bounced into Indianapolis’ end zone after starting around Buffalo’s 10-yard line.

When the 2022 sixth-round pick was a player for San Diego State, he produced enormous punts that could span entire football fields, somewhat like Saturday’s kick. Araiza, who averaged a record-breaking 51.2 yards per punt, won the 2021 Ray Guy Award for his outstanding punting performance.

The Buffalo Bills didn’t choose Matt until the sixth round of the 2022 NFL Draft. If his first boot in the preseason is any indicator, he is going to become a folk hero among the Bills Mafia. Over the previous two seasons at San Diego State, Araiza averaged 51 yards per punt. If you’re wondering why it took Buffalo so long to select him, it was because there were worries about outkicking the coverage.

Each return was given 10.5 yards by Araiza. He had 14 touchbacks as well. In addition to kicking in college, Araiza also served as a kicker in San Diego. He was never required to hold for extra points on kickoffs in the NFL because of his dual duty. He’s been sure-handed, according to those who have been keeping track of his holds throughout camp.

Joe Buscaglia of The Athletic, a resident punting expert for the Buffalo media, has also been keeping track of all the punts during camp. He posted his first week of data at the conclusion of practice on Monday, and his conclusions are not particularly surprising. Araiza outkicked Matt Haack by an average of 48.4 yards to 43.1 yards, however Haack’s hangtime was marginally faster, ranging from 4.46 seconds to 4.39 seconds.