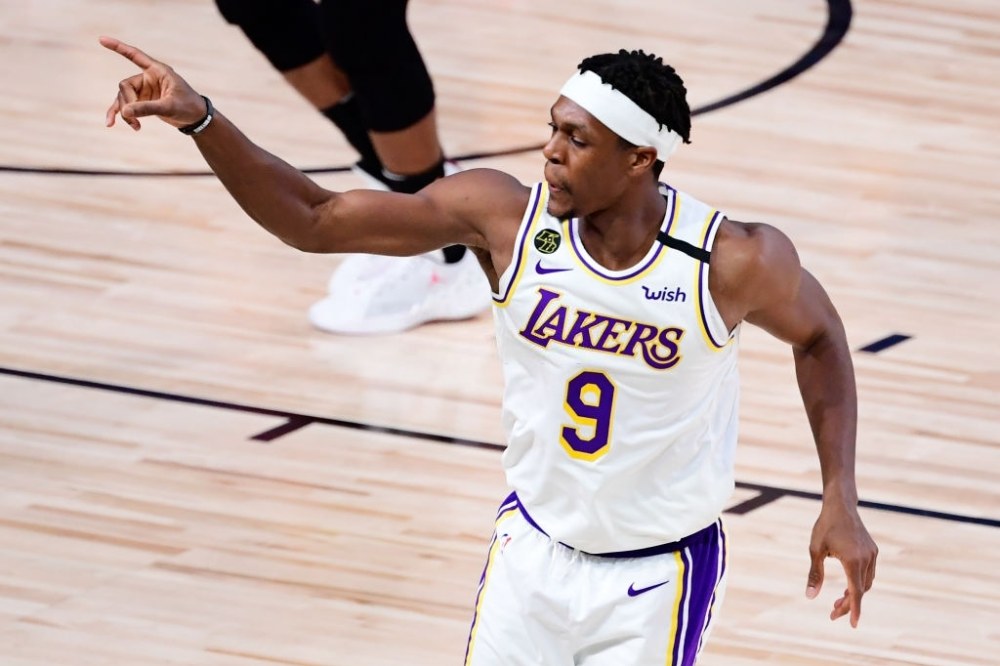 Earlier this postseason, Rajon Rondo had taken exception to being called ‘Playoff Rondo’. But talking to Stephen A Smith and Max Kellerman on First Take this morning, Rondo finally gave in and embraced the sobriquet.

It took some pressure from Kellerman’s end for Rondo to finally give credence to his nickname. At first, he responded with some typical PR stuff, saying he’s always played at a high level, whether regular season or playoffs.

But Max Kellerman was eager for another bite at the cherry. After allowing host Molly Rose and Stephen A to pose a question each, Kellerman dove into it with the 2-time champion.

The way Kellerman broke down how Rondo’s impact increases in the playoffs was something Rondo could admire. Kellerman pointed out how the additional time to prepare for opponents gave Rondo an edge, as a student of the game.

Rondo is blessed with some of the highest basketball IQ among players all time. Kellerman alluded to this, and he also pointed out how extended film study situations probably have boosted his performances in the playoffs. Given the underlying logic of how Kellerman went about describing his playoff excellence, even Rondo gave in to being called ‘Playoff Rondo’ right at the end of the segment.

Rajon Rondo has rejuvenated his NBA career over the past couple of years. After gaining villain status following how he sabotaged the Mavericks in the 2015 playoffs, he went to the Kings, where he missed the playoffs.

Rondo then signed with the Bulls, who did not pick up the team option on the second year of his contract after deciding to rebuild. Rondo has been an amazing player during the playoffs all through his career, right from the start with the Celtics. There’s much factual basis as to why he’s called ‘Playoff Rondo’, it’s not just a meme.

The Miami Heat desperate to avoid a sweep against Lakers in NBA Finals 2020
Anthony Davis free agency: What options does the big man have in this market?