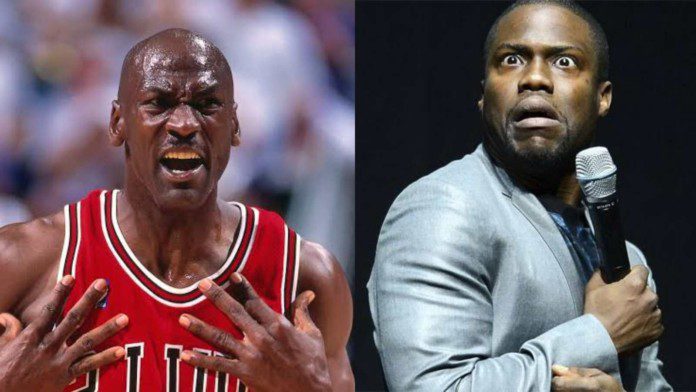 Michael Jordan’s NBA career with the Chicago Bulls probably prevents him from being mocked too much. Some may find him intimidating because he is the greatest NBA player ever. Kevin Hart, on the other hand, will make fun of everyone. That is, in essence, what he does for a living.

Michael Jordan’s six championships and five NBA MVP awards apparently did not shield him from Hart’s humorous taunts. The stand-up comedian hosted one of MJ’s charity events in Las Vegas. In fact, Hart actually pissed him off after teasing him about his outfit.

In 2016, Kevin Hart once appeared on an episode of the popular show “Jimmy Kimmel Live”. Thanks to Kevin’s hilarious sense of humor, that episode was quite entertaining. While speaking with Kimmel, Hart reminisced a story about a time he hosted one of Michael Jordan’s charity events.

“I pissed Mike off,” Hart said. “Mike had a charity event in Las Vegas; they called me, they wanted me to host the event. So, I get there to host the event, and it’s something where they’re like auctioning things. It’s a real tight crowd; very bougie, everybody’s neck was really straight. So, I get up there, and I’m like, ‘Hey, man, loosen up. Relax. You’re here to have a good time.’”

After the incident, Hart described his encounter with Jordan as an awkward one.

“He shook my hand, and he squeezed it real hard and was like (through gritted teeth), ‘You have a good day.’” The comedian explicated he hasn’t seen the six-time champion since the event, but when he does, he’ll tell MJ to “lose the ‘tude.”