Tony Ferguson to fight someone else than Dustin Poirier, Dana White confirms 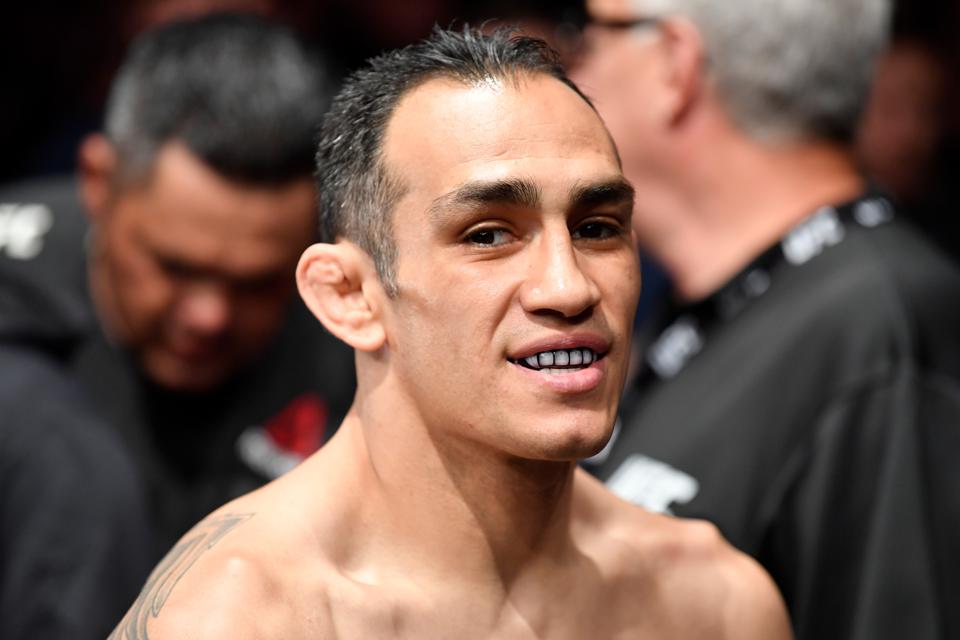 After the much awaited bout between Tony Ferguson and Dustin Poirier was called off, Dana White took the stage and announced El Cucuy will fight another opponent. “No. We’re not even trying to salvage it. We’re getting another [opponent for Ferguson],” White said in the post-fight press conference of UFC Vegas 10.

According to the reports, Ferguson and Poirier were scheduled to square off at UFC 254 pay-per-view. It would have been the highlight of the show, a probable slotting as the co-main event. As per reports, UFC couldn’t come to terms with the Diamond who backed up from the fight. However, there isn’t any official explanation from the UFC authority behind this sudden change of plan.

Dana White says Tony Ferguson will remain on UFC 254, facing an opponent that is not Dustin Poirier.

Who do you want to see Ferguson fight? pic.twitter.com/04UnvKuWWi

UFC 254 is going to take place on 24th October in Fight Island of Abu Dhabi, UAE. The PPV will be headlined by Khabib Nurmagomedov vs Justin Gaethje.

A number of fighters called out the former interim lightweight champion for a fight at UFC 254. Dan Hooker and Beneil Dariush are favorites to replace Poirier. Both of them took to social media and challenged Ferguson. Hooker, currently ranked as No. 5 lightweight fighter, posted a picture of himself with the caption “Always game”. While the 11th ranked Dariush expressed his readiness for a fight with a straightforward tweet.

Meanwhile Poirier is heading home to Oxford, Lafayette where he will be spending the next month or so before returning to the octagon. This is a much needed break for the 31-years old who had back-to-back fights in the last couple of months. Meanwhile, Fans will be waiting for a Ferguson vs Poirier battle.