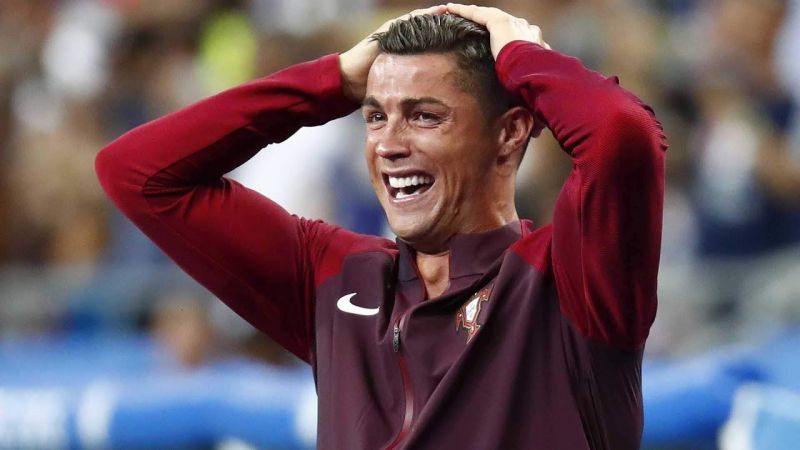 Football is a game of emotions. There are a lot of circumstances that could move the football faithful all around the world to tears. Situations when emotions will boil over and fully-grown men and women will shed tears. These situations could include the good ones and the bad ones.

Sometimes, some teams could make a certain comeback when all the parties involved, most importantly, the fans would have given up, or they could lose a player or a club legend, which is a normal life phenomenon, but the circumstances might be so tense that they could shake the whole football world.

Sincerely speaking, you couldn’t be more emotional with players. Looking at them doing all they could to win a match – dribbling, being fouled, getting carded and more – only for them to be whooped, just because of some moments of error from one or more of the members of the team. How much more if they came back to win a match that wasn’t expected of them.

There are a lot of circumstances that brought tears to faces of football fans and players all over the world, but we have taken a look at some 10 that were more emotional and need to be recalled. They are as follows:

This actually gets a lot of England fans weeping. Gascoigne, being the standout star for the Three Lions at the tournament. After putting himself about in the match that was to earn England a place in the final of the tournament, he got himself booked in a robust challenge on Thomas Berthold of West Germany during added time.

The yellow, which means Gazza, as Gascoigne was popularly called, would not feature in the final, even if the Three Lions managed to get there. Putting all of one’s hopes and effort on something only to be denied the chance of entering the promised land is truly a hurting phenomenon.

No wonder the situation got Gascoigne feeling very sad and totally lost. The image of Gazza’s lip quivering uncontrollably as he shed tears of disappointment for his country was every emotional for years after the incident.

This one is very legendary as the pair that took part in the scene went on to become legends of the beautiful game. It happened in the 1962 edition of the European Cup final when Benfica defeated Real Madrid 5-3 to land the prestigious trophy.

At the heart of the whole success was a promising young Eusebio, who took the game, which Real Madrid was winning 3-2 when he started his heroics and delivered it to the Portuguese side. After the match, De Stefano gave his shirt to the youngster, to signify the passing of the torch.

Eusebio always showed how touched he was by the gesture that he called the Argentine’s shirt his most prized possession. The moment has been of reverberating effect on the football world since it took place and it will surely be remembered for many years to come.

We have to face the bitter truth here. Cristiano Ronaldo is a very emotional football player, considering the amount of tears he had shed on the pitch. Along with winning trophies, dribbling, scoring and posing for the cameras, shedding tears is something he’s also good at – both the good and the bad moments.

He wept uncontrollably when Manchester United lost the 2005 FA Cup final. He shed happy tears when United won the 2008 UEFA Champions League by defeating Premier League rivals, Chelsea, via penalty shoot-out and was also teary-eyed when he won the Balon d’Or in 2013.

The most famous of his teary moments came when he was just 19 years old. He had just lost the 2004 European Championships to Greece. So much for his showboating skills and Ronaldo wept his eyes out for his country at the final whistle.

With the fact that “The Architect”, as he was nicknamed, was one of the most talented playmakers during his generation – and winning almost every trophy available to him at the elite level, he was still short-changed once – in the European Championships.

In the 2012 edition of the tournament, Pirlo put in outstanding performances that he was known for; winning three Man of the Match awards on Italy’s run to the final. He even single-handedly dismantled England in the semi-final of the tournament.

Unfortunately, in the final, where he had a chance to add another silverware to his trophy cabinet, his prowess failed to help his nation’s cause, as they succumbed to a 4 nil crushing defeat to the Spanish side. The episode was too emotional for Pirlo as he wept bitterly into his hands at the final whistle. The image still haunted some of his fans to this day.

Despite having hung his boot decades ago, this is a man that will be recognized by almost every football lover out there. Arguably the greatest player to ever grace a football pitch, Pele’s genius started in the final of the 1958 FIFA World Cup when he was just 17 years old.

At the final against the host nation, Sweden, Pele dazzled everyone present with his skills and talents and stormed the football world by ending the match with two fantastic goals. That helped his nation to triumph and go home with the coveted trophy – quickly making him a national hero in return.

After the match, his teammates hoisted him shoulder-high, parading him around the stadium as if he was the trophy himself. The iconic moment came when the youngster couldn’t contain his happiness anymore and burst into tears of joy, bathing himself in a pool of happy tears aloft the shoulders of his teammates as they celebrated.

After being laid off for almost two years due to a cruciate ligament injury to his knee, the possibly nicest football player in the Premier League made a return to first-team performance in mid-November in a match against Queen Park Rangers.

He was received heart-warmingly by the fans, and he looked like the most threatening Newcastle player on the day until around the 34th minute, when he looked down – suspected to be another knee injury and another long term lay-off. This was too much for Taylor – his first-team action in 993 days had only lasted for a little over the half-hour mark and he burst into tears.

He was in a flood of tears as he trotted off the pitch to the surgeon’s room, but fortunately for him, it was only a few weeks lay-off as the scan showed that it was a minor injury to his knee. He returned sooner than he expected and continued his activities in the EPL.

This is another emotional injury record on the list that got the attention of the fans. On February 23, 2008, Eduardo Alves da Silva suffered a broken left fibula and a dislocated left ankle in a match against Birmingham City, which threatened to end the Croatian international’s career.

But on February 16, 2009, almost a year after the incident, the player returned to first-team action in an FA Cup match against Cardiff City. In the 21st minute, Eduardo scored and you could have been drowned by the flood of tears that flowed from the player and the fans.

He eventually pulled a hamstring in the match and returned later to captain Arsenal against Burnley in the 5th round of the FA Cup, but the emotions of the actual return against Cardiff is one to be remembered for years at the Emirates Stadium.

What could more emotional than the loss of a loved one? Dani Jarque, Espanyol captain and long-term friend of Andre Iniesta, died of cardiac arrest after a pre-season training session in 2007. This was very painful and it affected the performances of Iniesta significantly during the season.

Three years later, the Spaniard scored the winning goal in a 1-0 win over the Netherlands in the 2010 FIFA World Cup final to gift Spain its first-ever World Cup trophy. In the frenzied celebration, Iniesta removed his shirt to display a message for his friend, Dani Jarque, which reads: “Dani Jarque: Siempre con Nosotros”-meaning: “Dani Jarque: always with us”.

Although Iniesta’s tribute to his friend got him booked, it could not have come at a bigger stage. Spanish fans joined the moment and it was both iconic, just as it was emotional. What a great way to render a tribute!

Brazilian center-back, David Luiz crying after his nation was embarrassed at the 2014 FIFA World Cup tournament enters our list as one of the top emotional moments witnessed in the football world within the past few years. In fact, not many would have forgotten this recent account.

As the host nation, expectations were high in Brazil when the prestigious world tournament kicked off. By scaling through the group stage and progressing into the semifinals convincingly, the anticipations rose higher from the home fans.

The turning point, however, came up when the Selecao faced Germany at the semifinal stage and suffered one of the worst embarrassments ever recorded in the sport. They were defeated 7-1 on their own soil – the biggest defeat the country has suffered in the history of the competition.

David Luiz, one of the poorest performers on the pitch that day, couldn’t control his emotions and eventually gave in to tears. It was a fantastic opportunity missed to claim glory on home soil, Nevertheless, the Selecao still managed to claim the third-place of the competition.

#1. John Terry’s outburst for missing from the spot in 2008 Champions League final

The stage was set for Chelsea to make history by winning their maiden Champions League trophy when the Blues made it into the final of the tournament in 2008. They were paired with local rivals, Manchester United in the trophy decider and they surely had their hearts set on going home with the coveted prize.

After an intense game that ended 1-1 after 90 minutes – courtesy of goals from Frank Lampard and Cristiano Ronaldo for their respective sides – fans were made to wait for another 30 minutes in the extra time. Yet, no one emerged victorious from the contest. Hence, the match led to a penalty shootout.

After a few kicks had been taken, Chelsea’s fate lied on captain John Terry to step up from the spot. However, the defender couldn’t send the ball into the back of the net as he slipped on his way to hitting the ball and consequently sent it wide. Emotions struck Terry and he broke into tears. United ended up winning the trophy.