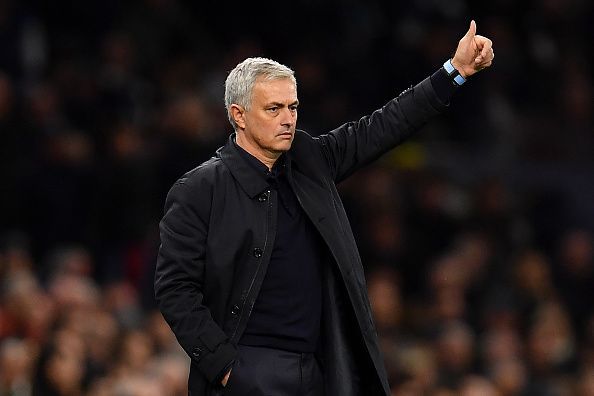 It is no longer news that Jose Mourinho is back in English football. This time, with Tottenham Hotspurs. It is also not news that he has a lot of history in the Premier League – the good and the bad ones. During his time with Chelsea FC and his brief stay with Manchester United, he managed to carve a niche for himself in England.

But what most people did not know is that the self-acclaimed “special one” has gathered a lot of accolades in many different countries aside from England. The most prominent one was in Spain with Real Madrid. He also had spells in Italy with Internazionale, and at Portuguese side, Porto.

Jose Mourinho has become more than “just talk and no action”, especially during his time with Chelsea, and most recently, with United. Even though his recent stint with both clubs ended in him getting axed, he managed to etch his name into the memory of the fans.

There are times when Mou’s team produced football masterclass that even his most sworn enemy won’t help but admire. Here is highlighting 10 of such moments when Mourinho appeared like a football god among men and produced remarkable feats – albeit with some funny ones in between: 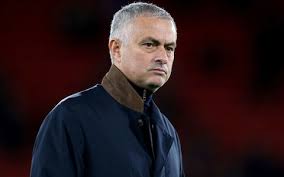 Over ten years before he was given the helm of affairs at Old Trafford, Mourinho was the manager at Porto, and he was successful with them, winning six trophies with them, including a back-to-back Primera Liga that brought his name to the summit of European football.

The highlight of his time with Porto came in a UEFA Champions League round of 16 matches in 2003. Mou had previously won the UEFA Cup the previous year and was bent on winning the bigger trophy. He breezed through the group stage to the round of 16 tie with Manchester United lying in wait.

He won the first leg 2-1 at home and was staring down the barrel of elimination when his team was trailing 1-0 at Old Trafford before Costinha equalized the game in extra time. At the final whistle, Mourinho raced down the Old Trafford touchline to join his players in celebration of the qualification.

It is a well-known fact that Jose Mourinho was very successful during his time at Chelsea, especially during his first spell with the club. He was able to establish a fantastic legacy at Stamford Bridge and was rewarded with a second opportunity in London.

It was during his second time at the club that the event that we’re talking about took place. Liverpool, then, having not won the Premier League title since its name had been changed, were ruing the chances of getting their first title – if they could win their remaining four matches.

Unfortunately for The Reds, the first of the four remaining matches was against Mourinho-led Chelsea at Anfield. The Blues produced a brilliant defensive display that day and it was an unfortunate Steven Gerrard slip that broke the deadlock, with Chelsea turning out to be the winners of the match, beating Liverpool 2-0.

After the second goal, Mou headed towards the Chelsea fans punching his badge. At full time, he headed down the tunnel shouting “they wanted the clowns”. Even though, Mourinho did not win the title that season, that display was one of his best moments.

#8. His Celebration At The Camp Nou

During Mourinho’s time with the Italian outfit, Internazionale, he produced a lot of fine moments, including winning the 2010 UEFA Champions League, despite been tipped as heavy underdogs in the competition. Of all his masterclass performances at Inter, the most brilliant of all was during his second-leg tie in the Semi-final of the 2010 UEFA Champions League against Barcelona.

Having won the reverse fixture 3-1 at the San Siro, Mourinho faced a more resolute and cautious game at the Camp Nou. To make matters worse, his players were reduced to ten before the half-hour mark when Thiago Motta was sent off by the referee and the team forced to continue playing with the disadvantage.

Fortunately, his win at home overshadowed Barca’s 1-0 win in Catalonia that day and Inter was through to the final of the tournament. The highlight of the evening was Mourinho charging across the Camp Nou pitch at the final whistle to join his Inter players in celebration of the hardly-earned qualification.

After taking his Porto team to the Champion League triumph in 2004, Chelsea owner, Roman Abramovich had brought Mou to Stamford Bridge to breathe life into the club the Portuguese did not forget to etch his name into the long-term memory of everyone present from his unveiling talks.

He said, “I have top players, and I’m sorry, we have a top manager too. Please, don’t call me arrogant because what I said is true. I’m European champion; I’m not one out of the bottle. I think I’m a Special One”. He concluded the talk, with the fans shouting and cheering him up. From there, the Special One became a name by which he is addressed.

The most amazing thing about this comment is that he backed the comment up by winning the English Premier League and the Football League Cup in his first season with the club, gifting Chelsea their first top-flight domestic title in 50 years. He really proved that he is special.

After Didier Drogba was sent-off during Chelsea’s round of 16 first-leg tie against Barcelona in the 2005 Champions League, Mourinho made some scalding remarks about the match referee, Anders Frisk, and Barcelona Boss, Frank Rijkaard. This led to him being handed a two-match touchline ban – which forced him to miss Chelsea’s quarter-final match against Bayern Munich.

It was reported that Mourinho arrived at the game very early, gave his pre-match and half-time pep talks and was smuggled out of the stadium in a laundry basket. This, he did in a bid to get around the ban. It appeared very funny to the football world at the moment.

That was another humorous act from the Portuguese tactician. It dominated the media world after the game, with fans and pundits taking turns to laugh at it. Mourinho would later reflect on the incidence a couple of years later and branded it a genius act.

#5. The One-Fingered Shush To Liverpool Fans

Jose Mourinho doesn’t stay away from the headlines. He was a constant on the front pages of major newspapers in his early Premier League days. During the Portuguese’ first stint with Chelsea, he won his first silverware in the English top-flight in his debut season. The trophy was the League Cup, which he won at the behest of Liverpool.

Liverpool had actually drawn the first blood by scoring in the first 45 seconds and their fans were making their presence felt by making a lot of noise. This lead remained in place until very late into the game – the 79th minute precisely – when Steven Gerrard scored an own goal to take the game to extra time.

After the goal, Mou looked towards the Liverpool fans area of the stadium and made a one-finger shush gesture, which led to him being sent to the stands, where he saw his Chelsea side score two more goals in the extra time to win the trophy. He later claimed the sign was not for the Liverpool fans but the English media, but it does not matter after all.

#4. Winning All Domestic Trophies Available To A Premier League Manager

During Mourinho’s first spell with Chelsea, he won all these trophies within the three years he was with the club. He even won the domestic league twice in a row – 2005 and 2006. He won the Premier League and the Football League Cup (now EFL Cup) in 2004/05, the FA Community Shield in 2005 and the FA Cup in the 2006/07 season.

Besides these triumphs, he has gone to win these honors at other times – basically within the past few years. Still at Chelsea, he won the Premier League title in 2015. He also won the Carling Cup at Manchester United as well as the Community Shield.

Jose Mourinho is one of the few managers that managed to taste success in every football league they found themselves. During the Portuguese’ stay at Italian outfit, Internazionale, he won the treble of the Domestic League, the UEFA Champions League, and the Domestic Cup in 2010.

On their way to winning the Champions League that season, Mourinho’s Inter defeated Chelsea 3-1 on aggregate in the round of 16 stage, won 2-0 on aggregate against CSKA Moscow in the quarter-final, getting the better of Barcelona in a 3-2 aggregate win in the Semi-final, and winning the trophy by beating Bayern Munich 2-0 in the final.

In the domestic league too, they had wonderful goal margins, besting derby rivals, AC Milan 4-0, and thrashing Genoa 5-0 to record the largest margin of victory in the Serie A for that season. It was one of the most successful seasons of his decorated career.

#2. Lobbing His Medal Into The Crowd

It has been said earlier that Mourinho won Chelsea their first Premier League title in 50 years in his first season with the club-this was precisely in the 2004/05 season. The following year, the team won the title again, and this time around, Mou decided that the best he could do is to give away his winner’s medal.

Moments after he was presented with the medal, Mou hurled it at the jubilating Chelsea fans, who were celebrating the team’s 3-0 win over United, along with his blazer. The Premier League, under the assumption that he’d thrown it by mistake, presented him with another medal, which toured the same way as the first one-hurled at the crowds.

In his words during an interview, Mourinho said, “the medal was for everybody, but I think the person in the crowd who got the medal is a lucky guy. Whoever caught them has a great souvenir. Unless they put it on eBay and make a fortune.” 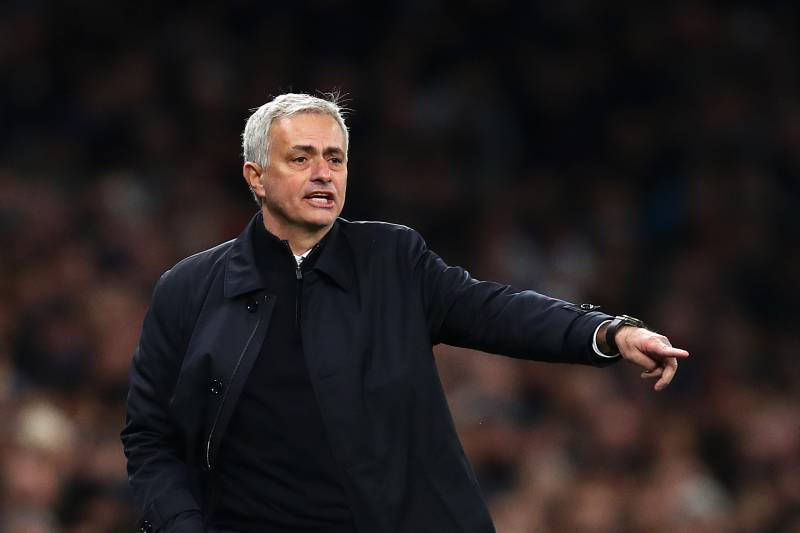 Jose even threw his medal to the fans

In Mourinho’s sojourn in the football world, he has managed to build up an impressive CV at almost every club he’s been to.  Winning the UEFA Manager of the Year two times in a row is no mean feat, and winning Manager of the Season in two different leagues (English and Italian) is nothing to be scoffed at.

To cap up an impressive personality, he also won the FIFA World Coach of The Year in 2010 and the Onze d’Or Coach of the Year award in 2005. The most impressive of all his accomplishments though was the number of records he managed to gather during his time at Chelsea. The records were so formidable that they were entered into the Guinness Book of Records. The records are:

Most Points in a Premier League Season (95), Youngest Manager to Reach 100 Champions League Games (49 years and 12 days), Most Games Unbeaten at Home in the Premier League (77), and Longest Football Unbeaten Home Run by a Manager (9 years). Impressive, isn’t it?