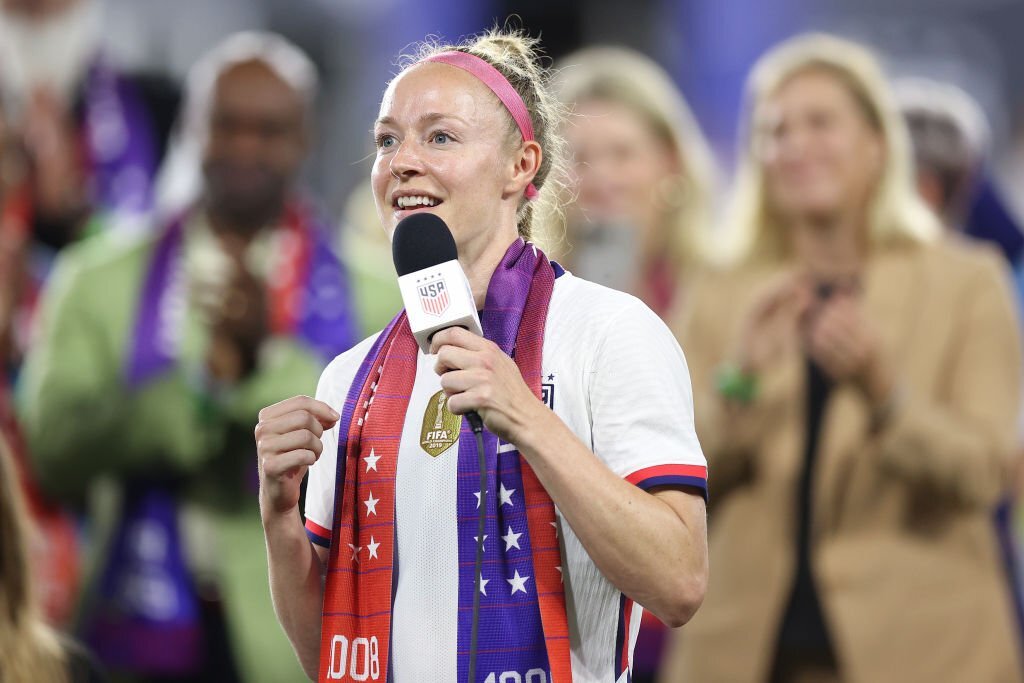 Becky Sauerbrunn, 37, of the Portland Thorns and USWNT, recently delivered her verdict on the soccer federation’s contentious stance on abuse, harassment, and other vindications that have emerged in recent years on and off the field.

As a result, the media acknowledged the posture of Becky Sauerbrunn on abuse scandal in their own soccer association, and the veteran player also unveiled some explosive facts on this issue.

Why did the ‘Becky Sauerbrunn on abuse scandal’ catch the limelight?

Following the publication of the Yates report outlining the toxic environment in women’s professional soccer, defender and captain for the U.S. women’s national team Becky Sauerbrunn stated that everyone (including the executives) currently working for the NWSL who contributes to its hostile atmosphere deserves to be fired.

These explosive comments were made by Becky, who actually assured her support for the victims of those incidents who suffered physical and mental abuse from their own soccer staff on different occasions. In addition, they found out that their harassment became a laughing stock for a few officials who somehow racially discriminated against them.

Following a jarred incident regarding player exploitations, Becky Sauerbrunn, the frequently stoic captain of the U.S. women’s national team, said she and her fellow players are “horrified, and heartbroken, and frustrated, and exhausted, and really really angry,” regarding those aspects and they are now demanding full review of those incidents to find out the main culprits.

The report, which was made public on Monday following an investigation that lasted a year and was overseen by former attorney general Sally Yates, detailed fresh claims of verbal, emotional, and sexual harassments at the maximum levels of the game and concluded that numerous players had been “failed” by trainers, execs, National ’s football League team owners, and even U.S. Soccer officials.

Sauerbrunn also demanded justice for the victims by saying, “It includes everyone that has continued to fail the players time and time again, who didn’t take concern seriously, who didn’t pass on information correctly, who have not participated in investigations. All of them.”

The consequence of her statement swept across the other continent as Portland Thorns FC owner, Merritt Paulson resigned from his position following the controversies and allegations from his own players who were then preparing for a formal press conference in England.