Vasiliy Lomachenko vs Jamaine Ortiz purse, payouts, salaries: How much will the fighters make? 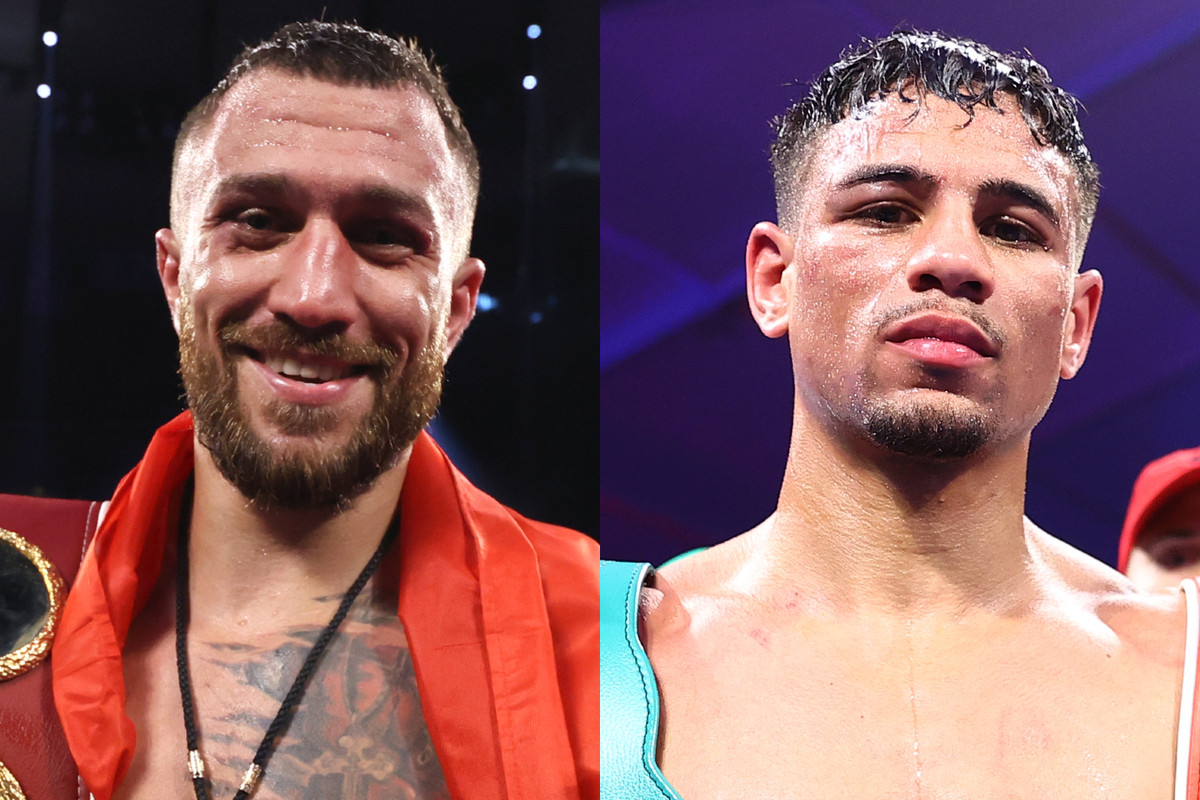 Vasiliy Lomachenko is a Ukrainian professional boxer who competes in the lightweight division and currently holds the WBO Intercontinental lightweight title. The Matrix has a solid record of 16 wins out of his 18 ring appearances with an 11 knockout record. Loma is currently considered one of the finest pound-for-pound boxers in recent times.

The Ukrainian fighter lost his WBA (Super), WBO, and The Ring lightweight titles fighting against Teófimo López. Currently,  Loma is focusing on regaining them all. Lomachenko’s last fight was against Ghanaian boxer Richard Commey, which Loma won for the WBO intercontinental title by unanimous decision.

After that fight, The Matrix joined the Ukrainian army to serve his country in the ongoing Russia-Ukraine war, but now it is set that Lomachenko will return to the ring to take down the young talent Jamaine Ortiz on October 29, 2022, at the Hulu Theater in Madison Square Garden in New York.

Jamaine Ortiz is an aspiring lightweight boxer. In his 17 professional appearances, he has won 16, and lost one. Last May, Ortiz took down former world champion Jamel Herring by a unanimous decision. If the American fighter could defeat Lomachenko, that would be his first major title winning moment.

After analyzing previous payment records and data from insiders, we came to the conclusion that this is how much these two could be making for the upcoming clash. Let us break down the fight purses, payouts, and salaries of these elite boxers.

Vasiliy Lomachenko is an already established boxer and has a huge fan following. Even though Loma has not been in the ring since 2021, fans are equally excited to see him in the ring, which has made him one of the highest-paid boxers in recent years.

In his second title-winning bout against Gary Russell Jr., Vasiliy Lomachenko was blessed with a lofty total of $500K. Loma pocketed a guaranteed purse of $3.25M to fight Teófimo López.

For the upcoming clash against Ortiz, Vasiliy Lomachenko will be grabbing a guaranteed purse of $6M, but with a 66.66% PPV share, his total purse will be a whopping $10M.

Jamaine Ortiz will earn more than his regular payday, as the winner might get the opportunity to win the undisputed lightweight title against Devin Haney. That’s why Jamaine Ortiz is set to bag a $2M guaranteed purse and, with his 33.33% ppv share, Ortiz will receive a lofty total of $3.5M.

Since Lomachenko is more popular than Ortiz, it’s clear that Loma will make more money. The main reason for the record number of PPV purchases is Vasiliy Lomachenko’s comeback fight! Hence, it is only fair that he gets a bigger cut than his opponent!