Verstappen complains that Belgian GP wasn’t exciting for him 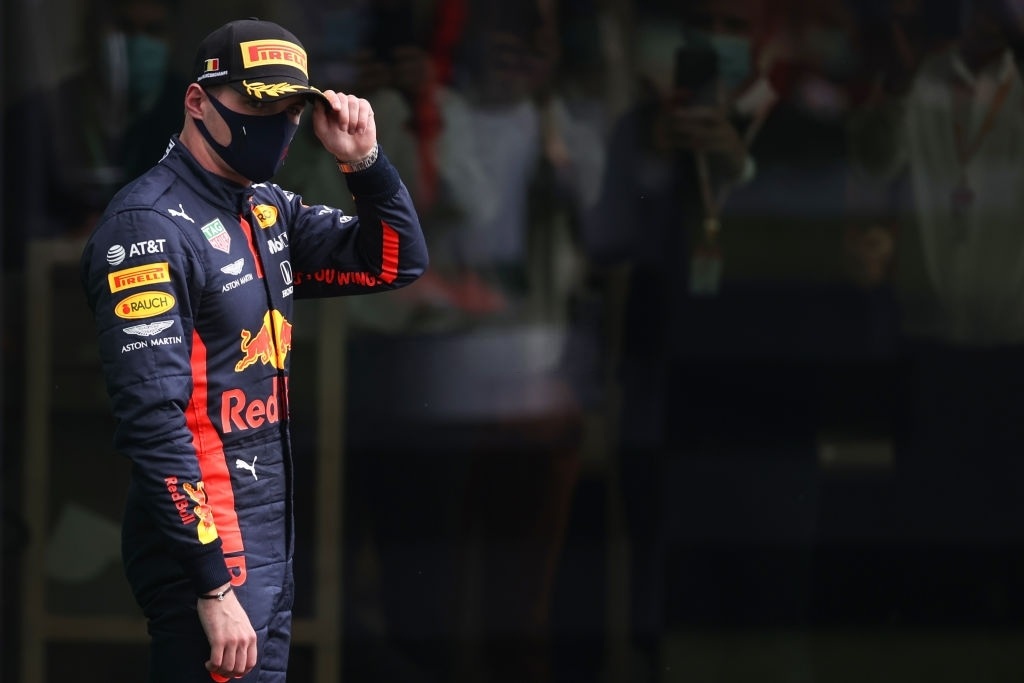 With all assumptions in the count, the Red Bull motorist Max Verstappen was not extremely satisfied with the racing at the Circuit de Spa Francorchamps on 30 August 2020. He confessed that there had been much better and exciting weekends he raced before, but the Belgium Grand Prix was not up to the mark, for certain restrictions have been drawn out for the climatic conditions curbing the usage of variables in tires. Which also caused various disruptions in the entire wake of the race.

The selection of medium and hard Pirelli tires was not the perfect choice according to Max Verstappen who stood third in the podium. It led to the loss of his grasp of the entire cockpit several times, which played a major card on not letting catch up with the Mercedes racers Lewis Hamilton who aced the race, and Valtteri Bottas who followed his lead leaving Max Verstappen to attain the third stand. To this, Verstappen asserted, “On the medium tire I didn’t have a lot of grips and then on the hard I was initially trying to put pressure on Valtteri [Bottas] but he was told to speed up and was able to build a good gap, so after that, it was a bit lonely.”

The Red Bull racer, Max Verstappen got back to the pit stop along with the Mercedes teammates Lewis Hamilton and Valtteri Bottas on the early lap and fixed the tyres in there for a better continuation of the race ahead, though dodgy about there tire decision. The Dutchman remarked, “ I love this track, but the race was not really the most exciting from my side. It wasn’t really much of a fight and I just tried to do my own race and maximize the result.”

The Mad Max aka Max Verstappen further stated, “There was not much action up front unfortunately and the tyre wear was quite high so we couldn’t really push. I had some vibrations towards the end of the race so I really had to manage my tires, I took no risks and brought it home. Overall, we had a good weekend and the car balance was nice so we can be pleased with that. We are not here to finish third and we want more but it is always good to be on the podium.”

The weekend race was fulfilling for none it appears, where Hamilton was terming the F1 race getting monotonous for the spectators. Alexander Albon, the team partner of Max Verstappen, was also disappointed about the entire strategies of the tire choice in the entire race at the Belgian Grand Prix where he stood sixth in the score chart.

Albon lost, the fifth stand to Esteban Ocon reaching the end of the grid. The Thai-British motorist had an adequate grip of his cockpit leading ahead of Ocon until the early pit stop where his tires were changed from medium to hard Pirelli resulting in a stunning drop of tempo and speed of his car. The outcome of the tire decision was very frustrating and disappointing. The racer who was at least at a good pace earlier lost his grip on the race at the later half and let Ocon and Daniel Ricciardo go past him who ended up leading him finally.

Albon asserted, “It was a frustrating race and it was pretty tricky to do anything. We knew before the race that the Renaults would be hard to overtake with their low downforce and straight-line speed and that proved to be the case. I felt pretty good at the start on the soft tire and then we managed to jump Ocon in the pits when we changed to mediums, thanks to a good stop from the boys in the garage. I don’t think we expected as much degradation as we got on that compound and maybe they weren’t the right choice in the end but I pushed as hard as I could to try and do the overtakes and the tires just dropped off.”

Albon further stated, his team needs to fix proper strategies for acing the race, with proper recommendation and setting of tires which won’t affect the pace of the race. Something that happened at Belgium Grand Prix should be avoided ahead in the near future from happening again. Max Verstappen, on the other hand, has better expectations for the next weekend at Monza.

Lewis Hamilton isn’t hyped about the races as it is monotonic
Frustrated Sebastian Vettel buys himself FW14B from Williams, another asset to his garage