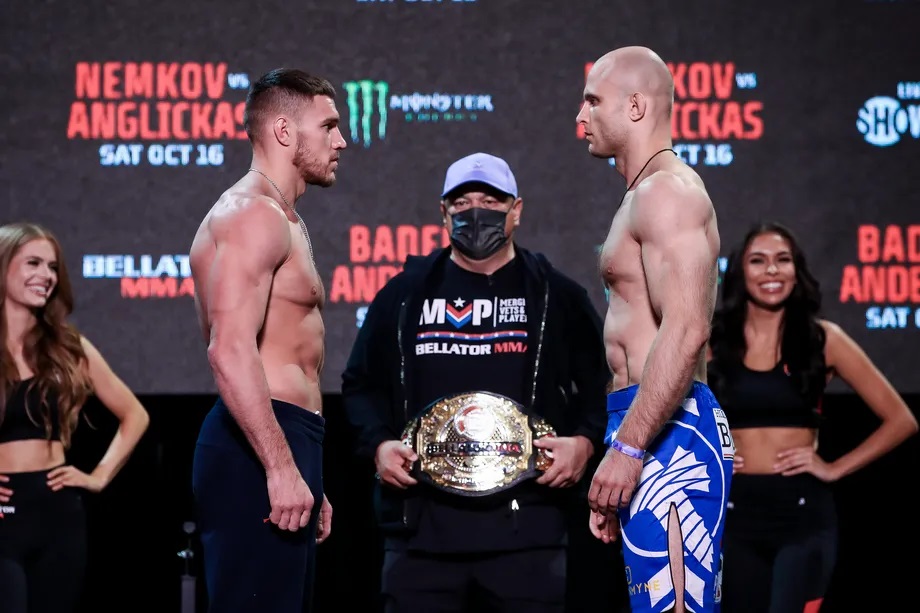 Vadim Nemkov will fight Julius Anglickas in Bellator 268 main event tonight at Footprint Center in Phoenix. It is a part of the Bellator Light Heavyweight World Grand Prix tournament.

However, the bout was originally scheduled to take place between Nemkov and Anthony “Rumble” Johnson. But Johnson was forced to withdraw due to injury. Johnson previously won via TKO over Jose Augusto in the first round of the tournament.

On the other hand, Nemkov won via unanimous decision against former champion Phil Davis in the opening round.

Vadim Nemkov will join the fight with a 14-2 MMA and 6-0 BMMA record while Julius Anglickas is at 10-1 MMA and 3-0 BMMA. Nevertheless, Nemkov will put his title on the line tonight. Besides, former light heavyweight champion Ryan Bader will take Corey Anderson in the co main event which will be tournament semi final.

How to watch Nemkov vs Anglickas live stream free online?

Bellator 268 can be watched online through different free websites. However, not all the sites will provide the free live streaming as some of them may ask for money or redirect you to advertisement or clickbait during the game. As a result, it will be irritating. Hence, we have tried to get you some free streaming platforms that show the fight without any interruption. But, you will need to have a good internet connection to have uninterrupted service.  So, you may check the following website or platforms to enjoy the Bellator 268.

Showtime will stream the Nemkov vs Anglickas main card fights today in the USA. Fans can watch it on Showtime’s website as well as in the app.

Apart from the Showtime apps and website, you can watch the fight on fuboTV, Sling TV, Hulu with Live TV, YouTube TV and AT&T TV Now. This online TV streaming platform has Showtime in their channel list. So, if you have any of these subscriptions, you can enjoy Bellator 268 for free.

If you are in the UK and want to watch the Anglickas vs Nemkov fight, you can tune in BBC iPlayer. Furthermore, the preliminary card can be watched on Cageside Press/Youtube at 12:30PM ET.