Bellator 272 Predictions: Pettis vs Horiguchi – What are your Bets, Odds & Picks? 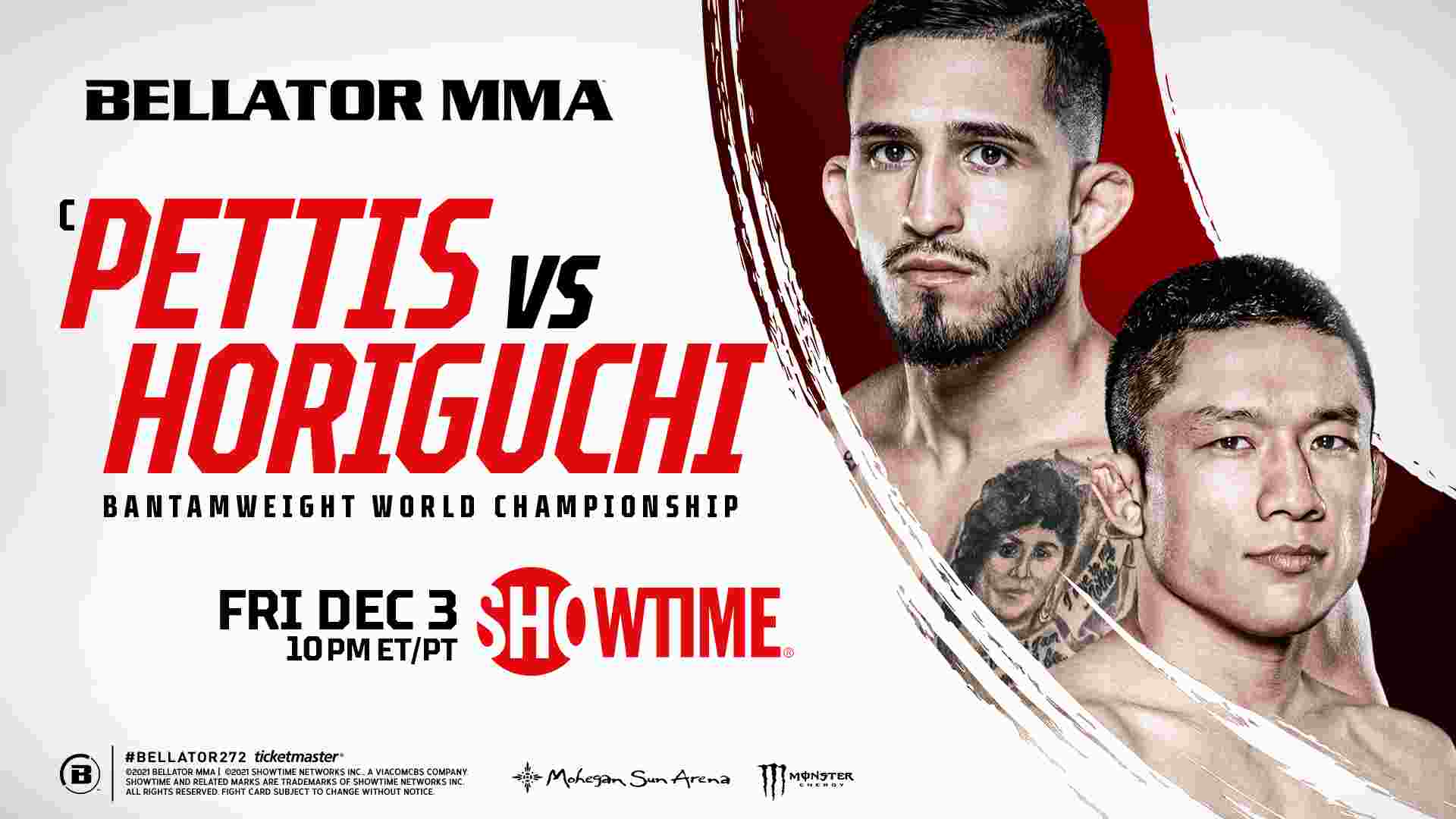 Starting out with a bang, Bellator is coming to Connecticut in December. Moving forward from some incredible events the previous month, fight fans will have high expectations from this one. As such, Let’s check out what’s in store for us along with our Bellator 272: Pettis vs Horiguchi predictions.

The Bantamweight champ Pettis marks his return against newcomer Kyoji Horiguchi in the main event. In addition to that, we have Emmanuel Sanchez facing Jeremy Kennedy in the co-main event of the night. Moreover, we will be seeing Johnny Eblen vs Collin Huckbody and Jay Jay Wilson vs Alfie Davis making up the rest of the main card. 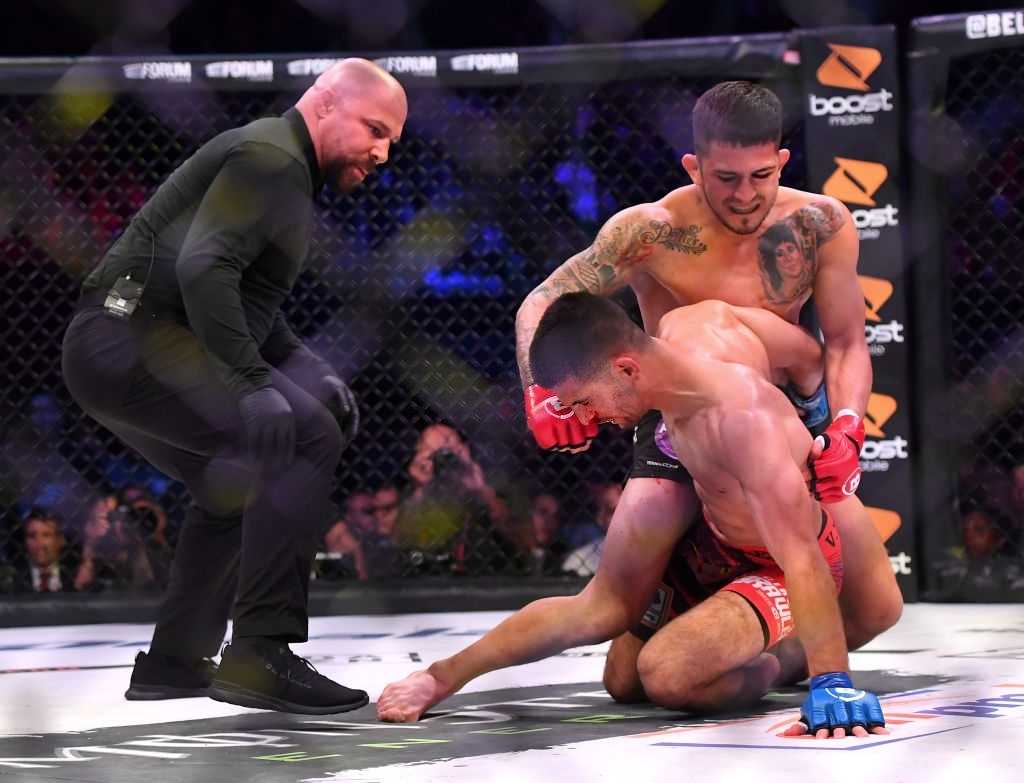 For some fighters, it’s their last chance saloon, whilst for others, it is a chance to prove their mettle on the big stage. Either way, all of these fighters will look to give their all. Moreover, the promise of good money, respect, and pride should be enough motivation for all the fighters to do well.

As the fight draws nearer, there are bound to be hotspots for bettors. However, you too can indulge in these games while sitting at home and bet at the following betting sites. These betting sites are widespread, well-renowned, and very popular among beginners. Above all, these sites embrace players of all budgets, making it comfortable and safe to play for real money. So it can be said, It is lucrative, exciting, and worth the risk.

Odds via BetMGM. We don’t promote any kind of Gambling. Therefore, all decisions are up to you. 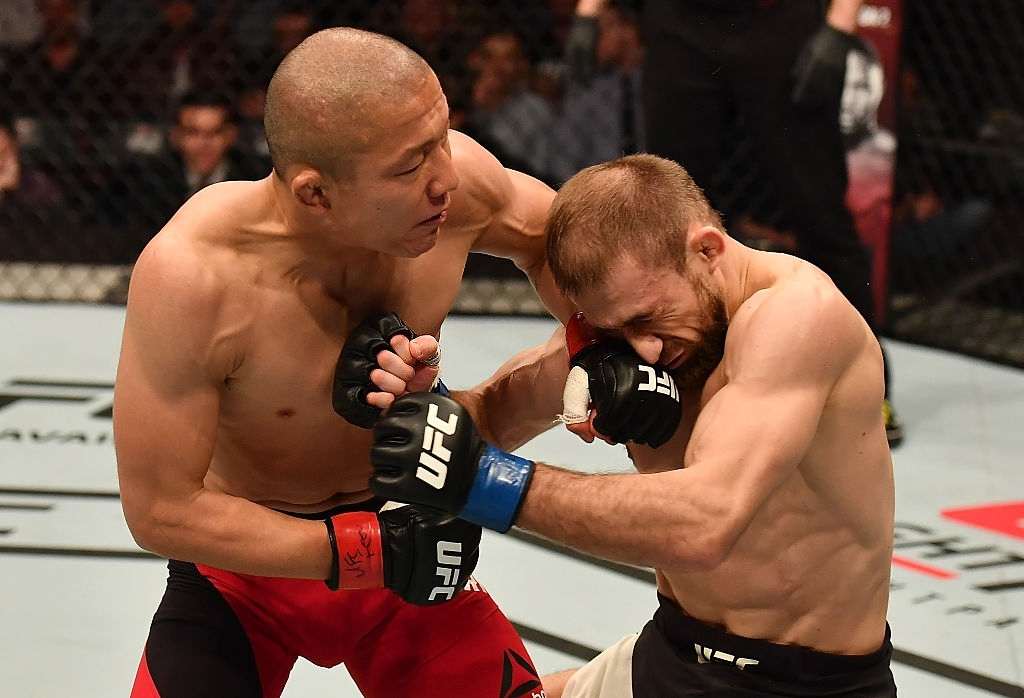 Kyoji Horiguchi of Japan punches Ali Bagautinov of Russia in their flyweight bout during the UFC Fight Night at the SSE Arena on November 19, 2016, in Belfast, Northern Ireland. (Credits: Getty Images)

Starting with the main event of the night, we have the Bellator Bantamweight World Championship up for grabs. Former champion, Horiguchi takes on current champion Pettis. Sergio (21-5), comes in as the underdog despite being the champion. However, many felt that Pettis’ path to becoming champion was too easy. On the other hand, due to COVID 19 complications, Kyoji (29-3) will be returning to Bellator instead of RIZIN and now he has the chance to reclaim what was once his. According to the bookies, the Japanese fighter has a very good chance too.

Prediction: Kyoji Horiguchi to win via KO/TKO or Decision.

With both fighters looking to get back on the win column, this will be an interesting co-main event. Although on a 2 fight skid, Emmanuel Sanchez (20-6) is the betting favorite. On the other hand, Kennedy (16-3) will be making only his third Bellator appearance to date. As such, many will feel that the experience and knowledge of Sanchez can win him the fight. Whilst, it’s not much, you cannot count out Kennedy just yet. After all, this is the fight business and here, anything can happen.

Prediction: Emmanuel Sanchez to win via Submission or Decision.

Up next we have Johnny Eblen (9-0) as a huge favorite over Collin Huckbody (9-3). Whilst both fighters are relatively new to the game, it has to be said that Eblen has experience against higher-level opposition. In fact, this will be Collin’s first fight in Bellator and the start of a new journey. That said, there is no doubt that the undefeated Eblen takes this one.

Next up, we have the undefeated Jay Jay Wilson (8-0) against Alfie Davis (14-4). Whilst it is very easy to root for Wilson, we must remember that Davis only narrowly lost his last fight, after a good streak. As such, this will be a very interesting fight with two very promising fighters. Looking at both fighters’ resumes, we can definitely expect a finish. Look out for this one!

Predictions: Jay Jay Wilson to win via KO/TKO or Submission.