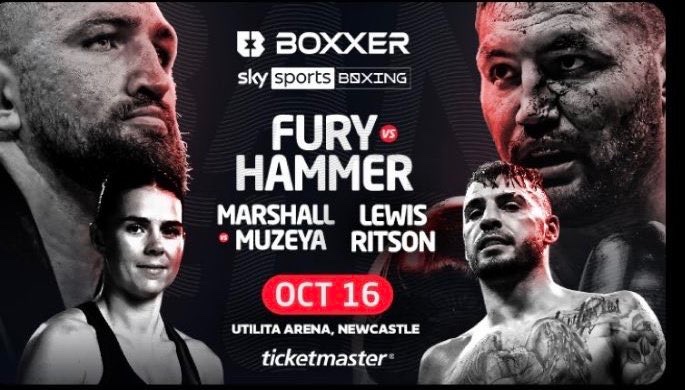 Tyson Fury’s cousin Hughie Fury will return to the ring to fight against Christian Hammer at the Utilita Arena Newcastle, Newcastle, England.

Hughie will start the fight with a 25-3 record who has two winning streaks after defeating Alexander Povetkin for the vacant WBA International heavyweight title. Hughie Fury will be looking for a win as he wants to climb in the heavyweight ranking.

Christian Hammer, on the other hand, will join with a 26-7 record and he has been suffering lack of consistency lately. In his last 7 bouts he won only four. The last time Hammer joined a fight was in November 27, 2020, in which he lost to Tony Yoka unanimous decision after 10 rounds.

You may find many ways to watch the fight online, but most of them may ask for a paid subscription after a few moments, or some may show advertisements ridiculously. That is why we searched for the best platform for free boxing streams. The following websites will get you uninterrupted or least interruption and free online streaming:

BOXXER Fight Night in Newcastle will be telecasted on Sky Sports Arena from 7:30 pm which will feature Hughie Fury, Chris Eubank Jr and Savannah Marshall’s fights. However, there is no live streaming options for the USA viewers. Hence, the Americans can follow the free streaming sites we have mentioned above. The main event may start at 5 PM ET.

Christian Hammer already raged in the battle as he poked Fury compared to his cousin Tyson Fury. Hammer may rule a few rounds, but Hughie has all the capabilities to beat Hammer. Hence, we predict a win for Hughie via fourth round knockout.

Odds are from online sportsbook BetOnline.ag