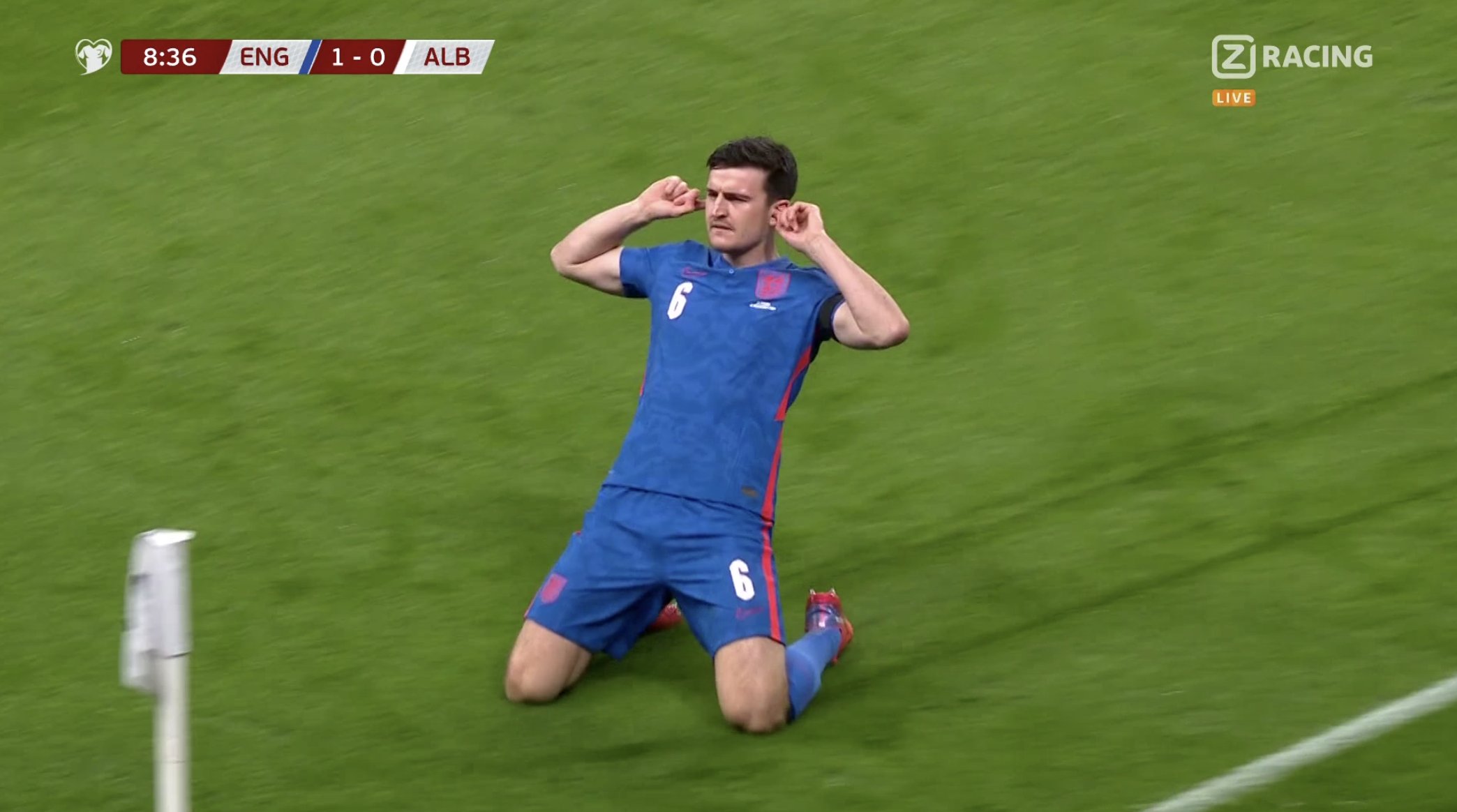 Harry Maguire, 29, used to get the title of a gifted defender on his Leicester career but since moving to the Old Trafford and then becoming England National team Captain, controversies and disbeliefs have been spreading against him for his own faults.

Last season, Maguire displayed childish and rough attitudes on the field as well as lacked the prowess of a leader that made him a topic of memes around social media.

Despite creating hilarious actions, Harry seemed an automatic choice for both the Manchester United and England managers as he was given the chances to have enough game times.

During the World Cup Qualifiers in November last year, Harry Maguire managed to score the opening goal where he captained the national team on a 5-0 victory against Balkan nation, Albania.

Harry’s close range header in Wembley was scored within the first 10 minutes of the match and later Tottenham striker Harry Kane scored an emphatic hattrick to give England a powerful lead.

However, controversies arose right after Maguire’s goal as he celebrated his header with fingers in ears that instantly made suspicions amongst the fans and medias.

Harry Maguire, the Manchester United captain, said that his celebration after England took the lead against Albania was not intended at anyone in particular.

On the post match interview, England manager Gareth Southgate praised England’s performance and later was asked about Harry’s weird celebration and he hilariously replied, “I don’t know he is a Hulk Hogan Fan!”

In recent times, Maguire seemed defending his national team manager Gareth Southgate for their consecutive losses against Hungary in Nations League matches where England stays in the bottom of their group.

As of today, Harry netted 7 goals in 46 appearances for England National Team despite playing as a center-back.