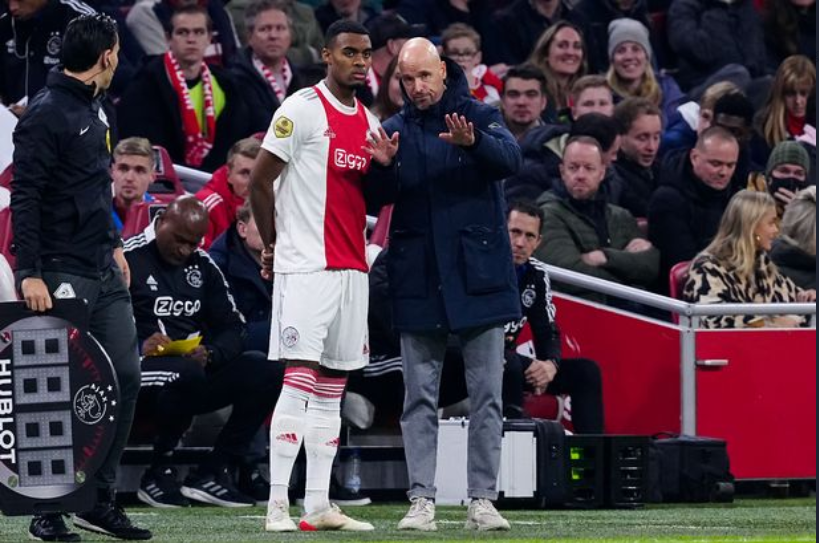 Bayern Munich certainly has a well reputation for having an effective transfer market skill: signing highly sought after players under the radar and without much noise. The Bavarians have lived up to their reputation by adding Dutch international midfielder Ryan Gravenberch to their ranks.

The former Ajax midfielder was one of the most sought-after youngsters in the market, but Bayern moved in fast and secured the talented player’s signature. He becomes the second player to join Bayern from Ajax this summer, following in the footsteps of right-back Noussair Mazraoui.

Despite the fact that Gravenberch was a top target for a number of clubs, he is a relatively unknown name in the realm of global fanbase. Who precisely is he? Let’s find out!

Who is Ryan Gravenberch?

Ryan Gravenberch is a product of Ajax’s famous youth system. He joined the academy back in 2010, and has steadily risen through the ranks. On June 7, 2018, he received the first ever “Abdelhak Nouri Trofee“, pretty much recognizing the best talent in the Ajax academy. On the same day, he signed his first professional contract with Ajax until 2023.

He made his debut on September 23, 2018, as he became the youngest player ever to don an Ajax shirt at the age of 16 years and 130 days. Aside from playing in the Eredivisie, he has also played in the Champions League. With Ajax, the two-year old has won three league titles and two league cups.

How much did it cost to get Ryan Gravenberch?

Ajax will also be subject to receiving 7.5% of any transfer fee Bayern receives for selling Gravenberch in the future. The Dutchman will become the second most expensive under-20 signing in Bayern’s history after Renato Sanches, who joined the club in 2016 for €35 million from Benfica.

2️⃣0️⃣2️⃣7️⃣ @FCBayern ✍🏾⁣
⁣
Proud to be part of the Bayern family now. Ready for all that's coming and can't wait to start ❤️🤍⁣
⁣#MiaSanMia⁣ pic.twitter.com/QJqiOQvUse

Financially, the 20-year old has made a big leap. At Ajax, he earned €4 million per season before taxes. That sum is about to go up to €10 million from next season at Bayern. He has joined on a five-year deal.

Why he turned down Manchester United in favor of Bayern?

Gravenberch was highly sought after by a lot of clubs, one being Manchester United. United, who are now managed by Gravenberch’s old boss, Erik ten Haag, were heavily linked with the player. Ten Haag himself wanted the Dutchman to join him at Old Trafford, but the 20-year-old opted to head for Germany.

“When the offer came from Bayern, I didn’t have to think about it for long-I’m coming to win lots of titles,” said Gravenberch. “Manchester United is a very big and beautiful club, but I already had such a good feeling at Bayern and I had given my word.”

United are now turning their attention to Barcelona’s Frenkie de Jong to reinforce their midfield.

What does he add to Bayern Munich’s midfield?

Standing at 6ft 2in, the Dutchman is physically robust, has excellent feet, and the ability to get out of tight spaces. He is quite the modern midfielder, and his high-intensity playing style will be very much complementary to Julian Nagelsmann’s playing style.

Bayern typically plays in a 4-3-3 formation with three midfielders. Joshua Kimmich and Leon Goreztka are mainstays, whereas Gravenberch will add more power and technical ability to an already very strong engine room. Last season, Bayern struggled with the third midfield position, with many players being rotated in that position.

He can also operate in a 4-2-3-1 line-up as his high-energy playing style makes him a very apt box-to-box or defensive midfielder. His ability to get out of tight spaces and pick out passes will also allow him to play in the number 10 position as a playmaker.

What does the future hold for other Bayern players?

Bayern Munich have the luxury of having one of the most star-studded lineups in the world. But with the arrival of the Dutchman, they will have to make room.

Corentin Tolisso has already left the club after his contract expired, and the likes of Marc Roca and Marcel Sabitzer might find themselves on the fringes of the squad. Youngsters or academy players who played cameo roles in the first team last season might be sent out on loan.

He has scored 12 times in 103 games for the Amsterdam side. Besides, he is a full-time international for the Netherlands and has 10 caps to his name and has scored one goal. He made his international debut in March of 2021.