The 10 Greatest Football Managers of all time 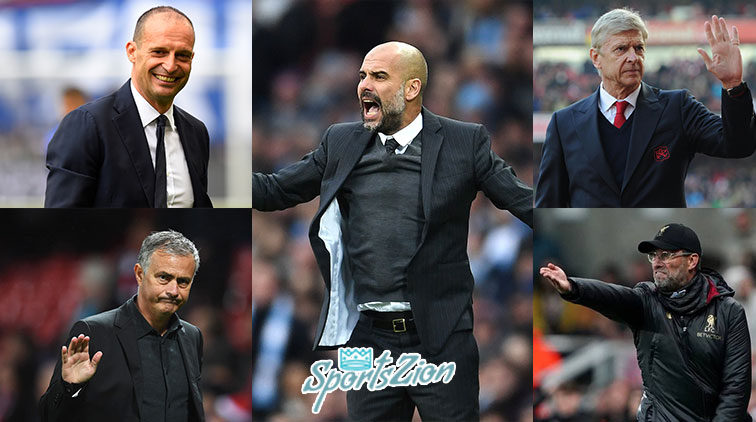 Throughout the history of football, there were many football managers who have stood out with their excellent performances. However, some of them have achieved a greater number of successes than others by becoming the best football managers in this sport.

These football managers won the affection of the fans in each team where they played. Their excellent strategies and tactics made their teams practically invincible. Thanks to this, they managed to win an immense amount of championships.

No one can question the excellent skills of these coaches. Each football fan recognizes and admires them for everything they have achieved in soccer. Some of this coaches are still active and are giving fans, and their teams, more championships.

This are the 10 best football managers in the history of this sport: 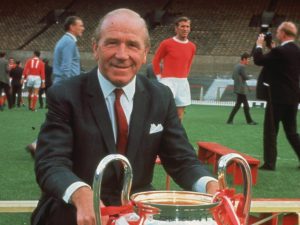 Busby with his UEFA Champions League

All Manchester United fans remember this football manager. His strategies and tactics led the Red Devils to obtain an immense amount of championships. The fans of Manchester carry him in memory for his predisposition with the team.

Busby won 5 Premier League and 1 UEFA Champions League. These championships led him to be highly recognized within Manchester United. He became one of the greatest football managers in his time. Thanks to this, he gained an incredible popularity in the football environment. 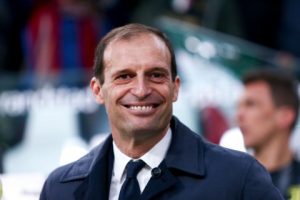 All Italian football fans recognize Allegri. He is one of the best football managers thanks to his excellent decisions during his time at Juventus. His tactics and strategies kept “La Vecchia Signora” as the best team in Italy.

This football manager had a fairly wide career as a coach. Among the most recognized teams where he had to lead were Sassuolo, Cagliari, AC Milan, and Juventus. However, he failed to demonstrate his abilities to the fullest until he reached Juventus.

In the best team of Italy, he won an immense amount of championships during the years he led. He managed to win 5 Italian leagues that led him to be known around the world. In his previous step by AC Milan, he had also managed to win a Serie A.

Despite having won so many titles in Italian football, he still has one pending. Within Juventus he was heavily criticized for not having managed to get the UEFA Champions League. 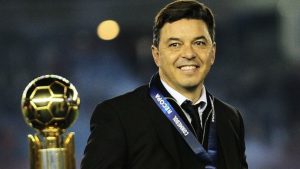 Gallardo with his Recopa Sudamericana

One of the nominees to win this year’s Best Football Manager, is this great football manager. All River Plate fans are extremely grateful for the work of “El Muñeco”. His strategies and tactics led River to be one of the best teams in the world.

With a trajectory developed mostly in River Plate, Gallardo earned the respect of fans in two important teams of America. During his career as manager he was in Nacional from Uruguay and then in River Plate. In both teams he got a lot of championships.

In Nacional, he won the Uruguayan Championship. Nacional fans have a great love for this football manager for his great commitment to the team. There, he took his first steps as a coach until signing with River.

Within River Plate, he was already known for his step as a footballer. He continues to lead in the Núñez team and has gone up in history as the best football manager in River Plate’s history.

With this team he won 2 Copa Argentina, 1 Super Cup, 1 Copa Sudamericana, 3 Recopa Sudamericana, 2 Copa Libertadores and Suruga Bank. All this led him to success becoming the best coach in America. 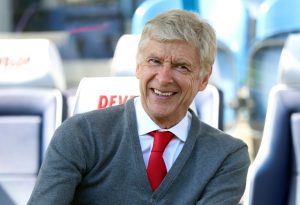 This coach does not need an introduction. He is one of the most popular football managers in the history of the EPL who has won a huge number of championships. No Arsenal fan dares to question this soccer master.

His tactics led his teams to successfully obtaining an extremely successful career. Among his most recognized teams, he won championships in Monaco, Nagoya Grampus and Arsenal. In Arsenal is where he made much of his career as football manager.

During his time in Monaco, he won Ligue 1 and the French Cup. In the Japanese team, he managed to win the Emperor Cup and the Japan Super Cup. Then, he began the best moment of his career when he signed with Arsenal. 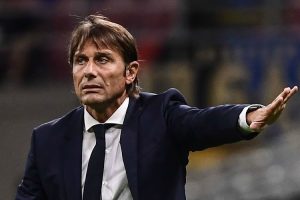 Conte during a football match

This renowned Italian footballer also formed a great career as a coach. With a long career in Italian football, this football manager won all the hearts of fans in Juventus.

His career was quite extensive. During his career, he was football manager of Atalanta, Siena, Juventus and Chelsea. To the surprise of many, after obtaining promotion in Siena, he was called to lead Juventus. This generated many doubts in the Italian team since many questioned if Conte was the best decision for the team.

However, he can prove that he was more than ready for the job. In Juventus, he won 3 leagues from Italy and 2 Super Cups from Italy. He continued demonstrating his technical skills in Chelsea where he managed to win the Premier League and the FA cup.

With his championships and his career, he got into the best football managers in history. This football player showed that, he also has a great skill of reading the matches as coach. 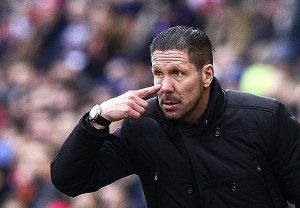 Simeone is one of the most recognized soccer managers in the world. His excellent work as coach of Atletico Madrid led him to football success. This coach is another example of a soccer player who becomes a successful football manager.

With a long previous career in Argentine soccer, Simeone was coach in Racing, Estudiantes, River Plate and San Lorenzo of Almagro. In his long journey through these great Argentine teams, he managed to win 1 tournament with Estudiantes and another with River Plate.

His career continued in Italian football, and he returned to achieve success on Spanish soil. Since he arrived in Atletico Madrid, this coach won 1 league of Spain, 1 Super Cup and 1 Copa del Rey. In this team he became highly appreciated by fans thanks to all the championships that he won. 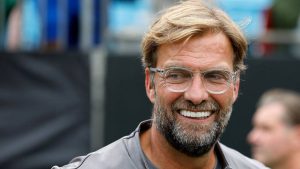 Few coaches have achieved the success that Klopp obtained. He is an excellent football manager who has won a huge number of championships. In each team where he had to lead, he managed to leave a unique strategic game.

During his career, which is still in development, he managed to obtain many championships. In Borussia Dortmund he had his best moment. In this team he managed to win 2 leagues from Germany and 2 Super Cups. There, he became recognized around the world and all fans were delighted with his good game.

His career would continue in Liverpool where he finished demonstrating that he is one of the football managers more renown in history. In the English team, he managed to win the UEFA Champions League this year and the European Super Cup. This excellent present left him The Best Coach award. 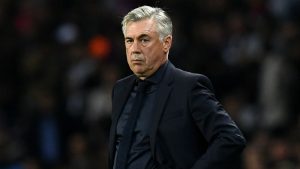 What kind of fan could forget Ancelotti? One of the best football managers in football history is this Italian coach. With an extensive trajectory he achieved success in each team where he had to lead.

Italian football fans remember him with great love. He got a great recognition at AC Milan where he had his best moment as manager. There, he won 1 league, 1 Italian Cup, 1 Super Cup, 2 UEFA Champions League, 2 European Super Cup and 1 Club World Cup.

After this resounding success, he continued his career in Chelsea. During his time in the English team, he managed to got 1 Premier League, 1 FA Cup and 1 Community Shield and then moved to PSG where he won 1 league in France.

An iconic moment of his career was when he directed Real Madrid. In the Spanish team he won 1 Copa del Rey, 1 UEFA Champions League, 1 European Super Cup and 1 Club World Cup. His last team led was Bayern Munich where he won 1 Bundesliga and 2 Cups from Germany. 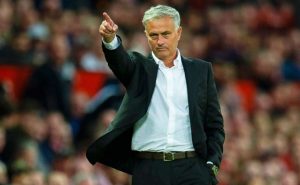 There is no fan of this sport that questions José Mourinho. One of the most important football managers with the most championships won in history is this Portuguese coach. His excellent strategies led him to achieve success in each team where he led.

No coach has demonstrated such a resounding success as José. This led him to obtain an immense amount of championships that would need a complete room to be able to save them.

In FC Porto, he managed to win 2 leagues, 1 Super Cup, 1 Portuguese Cup and the UEFA Champions League. Then, in Chelsea, he continued earning trophies winning 3 Premier Leagues, 3 league cups and 1 community shield. All this success was already starting to shape him as one of the best football managers in the world.

However, his great moment would continue at Inter of Milan where he won 2 leagues, 1 Super Cup, 1 Italian Cup and another UEFA Champions League. In Real Madrid, he won 1 supercup, 1 league and 1 Copa del Rey. His career continue reaping success in Manchester United where he won 1 Community Shield, 1 League Cup and the UEFA Europa League. 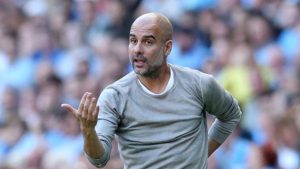 The best football manager in football history is Guardiola. The best strategies that many have seen in their lives were those of this coach. This strategies combined with the tactics that he implemented led him to success in all his teams.

Few coaches have managed to win as many trophies as this man. Fans of these teams were delighted with the game that his players demonstrated. Throughout the world, the name of Guardiola is heard when talking about the best coach in the world.

With an extensive career as a coach, Guardiola had his golden age in Barcelona. At the head of the Spanish team he managed to win 3 leagues, 2 Copa Del Rey, 3 Super Cups, 2 UEFA Champions League, 2 European Super Cup and 2 Club World Cup.

After this success, he decided to continue his career at Bayern Munich. In the German team he managed to win 3 leagues, 2 German Cups, 1 European Super Cup and 1 Club World Cup.

His excellent career continues in Manchester City where, so far, he won 2 Premier League, 1 FA Cup, 2 Community Shield and 2 League Cups. In this team he still has the pending win an international competition.

These are the most important football managers in the history of football. All the fans who have seen this coaches were delighted with the game that their teams showed. In the football environment, they are highly respected for the contribution that they have made to this sport.