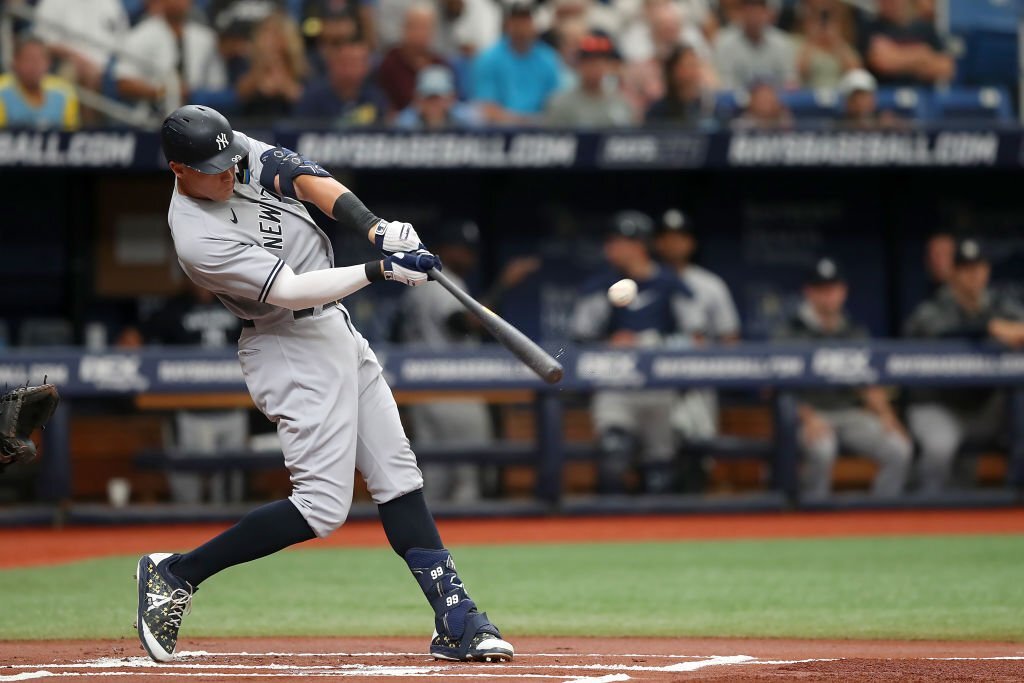 Aaron Judge of the New York Yankees blasted his second home run in as many days on Sunday against the Tampa Bay Rays, bringing his season total to a career-high 53 home runs. By a score of 2-1, the Yankees managed to pull out a much-needed victory in the series finale.

With his most recent home run, Judge is now eight home runs away from matching Roger Maris’ 1961 American League and franchise record of 61 home runs in a season. Judge is now on pace to hit 64 home runs this season thanks to the home run he hit on Sunday, which came in the first inning.

The Yankees defeated the Rays 2-1 with the help of Judge’s leadoff home run, which allowed them to maintain a commanding lead throughout the game. They were 0-for-8 with runners in scoring position and left 11 on base, which left plenty of room for dissatisfaction on the offensive side of things.

The Rays were one out away from a walk-off victory in the ninth inning, which undoubtedly added years to our lives. However, it counts as a victory, and that is what they need the most. The Yankees had scored a total of just three runs during their previous three games going into Sunday’s series finale, and now they have scored just five runs in four games.

On Sunday, Judge drove in both Yankee runs, and Yankee batters other than Judge went 3 for 30. On the bright side, Frankie Montas, who was added at the deadline, finally put together a great start, pitching five innings without allowing a run.

In terms of innings and performance, it may have been a rushed choice, but he had thrown a lot of pitches, in part because of some lengthy at-bats and a few innings that were prolonged by an error by Isiah Kiner-Falefa and catcher’s interference by Kyle Higashioka.

If he had returned for the sixth, he would have begun the third time through the order and was almost at 100 pitches. The Yankees probably went to the bullpen and entered Lou Trivino for the sixth because of this. Trivino worked around Yandy Dáz’s single to open the inning before recording the third out.