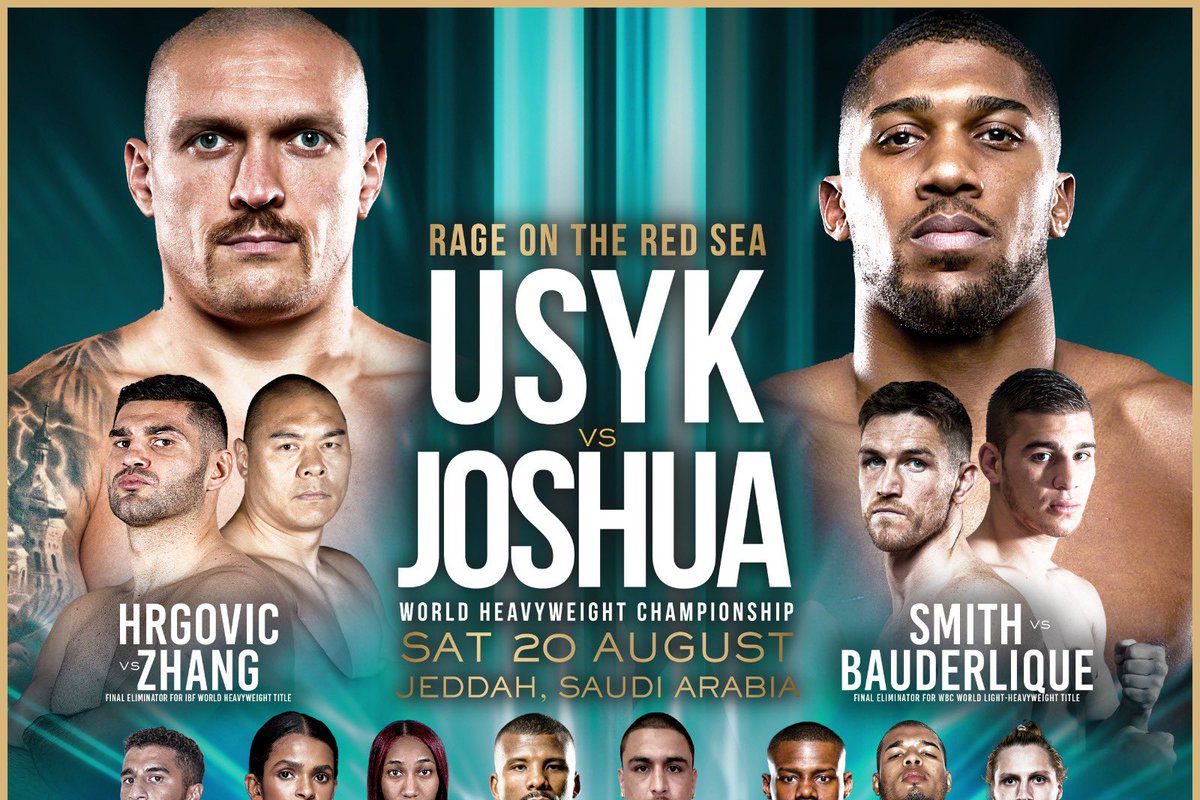 On a thrilling Saturday night of action in Saudi Arabia this weekend, British Boxer Anthony Joshua will attempt to reclaim his world title from Ukraine’s Oleksandr Usyk and AJ will also fight harder to reclaim the WBA, IBF, and WBO heavyweight world titles which he lost to the Ukrainian last September.

Fans will also enjoy the Anthony Joshua vs Oleksandr Usyk 2 undercard event which will be held prior to the main event where popular boxers like Hrgovic, Zhang will be the participants.

Who is fighting before Joshua vs Usyk 2 heavyweight title bout?

The big fight between Usyk and Joshua 2 is quickly approaching, and fans in Jeddah, Saudi Arabia, are in for a thrilling night but, ahead of the main event, Croatia’s Filip Hrgovic will compete against China’s undefeated Zhilei Zhang.

Furthermore, Hrgovic vs Zhang fight will be a final eliminator to decide the IBF’s next checklist, with the WBA assumed to be first in line.

The above fight was supposed to take place on the undercard of Canelo Alvarez’s surrender to Dmitry Bivol in May, but it had to be rebooked due to the death of Hrgovic’s father.

Now, let’s have a look at all the undercard matches prior to Usyk vs Joshua 2 on Saturday.

As a result, each of the preceding events will be exciting enough to pique the interest of the world’s boxing fans.