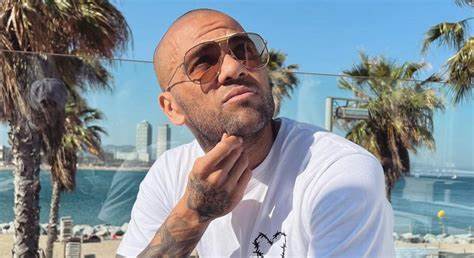 Alleged sexual assault and rape changed the trajectory of the Brazilian footballer Dani Alves as he was taken to jail, further information is coming out and putting the former Barcelona player in a spot of terrible discomfort.

Dani Alves was arrested after a formal complaint was lodged against him by a 23-year-old woman alleging rape and violence at the Sutton Nightclub on 30 December 2022.

OFFICIAL: Brazil legend Dani Alves' club has made a big decision on the player following his shock arrest on the weekend. 👀

The 43 times trophy winner denied every charge brought upon him and pretended to be innocent. Earlier, he told the reports that he was framed and didn’t even know the victim.

Police questioned the suspects, the witness, and the victim in order to gather further information, and what appeared in front of reality certainly blow-up Dani Alves’s mind.

🚨 Dani Alves faces up to 4 years in prison for sexual assault, and up to 12 years if the charges are reclassified as rape. ⚖️

The alleged victim reportedly refused to receive any financial compensation from the player. She wants justice.

The victim stated how physically he was dominated and tortured by the Brazilian and how he forced her to moan his name continuously while grabbing her from behind.

The investigation turned a new corner as the victim recognized an abdomen tattoo of Alves which is described as a crescent moon sign, and he was stunned for a second after hearing the news while finally opening his stance to offer more information.

The legendary right back described the occurrence as a coincidence with the woman going to the toilet all of a sudden without knocking when he was inside and may have seen the tattoo but was dismissed by the court at once.

After a long hesitation, Alves changed his version of events to the police as he admitted to having sex with the complainant but insisted it was consensual and both were committed to intimacy.

The lawyer of Dani Alves was initially asked for bail, but magistrate Anna Marín disposed immediately and sent the footballer to prison. The final verdict will be awarded as soon as all the evidence is brought to light, but what appeared as of now, it will be difficult for the Brazilian to navigate the situation.