Floyd Mayweather is already looking for his next opponent before Deji even steps foot in the ring. At the recent exhibition, there were many questions surfaced among fans about whether Mayweather might fight his old rival, Ricky Hatton. Though, the pretty boy quickly crushed the hopes of all fans, saying, “Ricky no longer holds the excitement.”

Hatton is currently in the United Kingdom preparing for the upcoming Deji exhibition fight. Therefore, fans have been wondering who he will face off against next. Even though no clear answer has been given yet, Floyd didn’t hesitate to answer when the British former professional boxer was mentioned.

“Why do the fight for fake? Ricky Hatton, we had our chance. The great thing at that particular time was that he was at the top of his game. I have always been at the top of my game. We were able to come together and get fans all around the world excited,” Mayweather added. 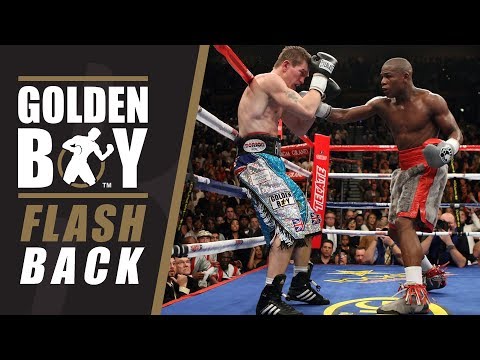 The 45-year-old has no desire to fight his old pal again in the boxing ring. The reason was undoubtedly an attempt to undermine the former British boxer. Notwithstanding, Ricky no longer holds the same excitement as he once did, according to an American boxing promoter. Aside from the 44-year-old, Jake Paul, who recently defeated Anderson Silva on October 29, isn’t either on the list for “Fighter of the Decade.”

The last time Mayweather faced the former light welterweight champion was back in 2007 for the WBA World Welterweight Title fight. The fight was scheduled for 12 rounds, but Floyd Mayweather won by TKO in round 10. Even if the unbeaten champion could simply deny any speculations by telling all the fans, “No,” it is still unclear who he intends to fight in the future.