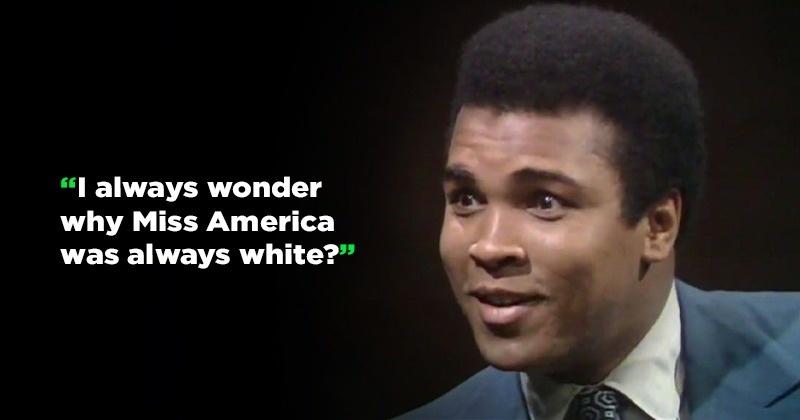 Muhammad Ali is considered the greatest boxer to have ever lived by large factions. His flamboyant fighting style and charismatic personality made him one of the most iconic figures ever stepping foot inside the boxing ring. But it wasn’t just his fights that caused a sensation amongst the people, but also his activism against social injustices, particularly racism and inequality that highlighted his charge to create a society where everyone got the same chance.

Despite being one of the greatest boxers, Muhammad Ali was unable to prevent himself from falling victim to racism. All throughout his career Ali spoke against racism, amongst other social matters he considered immoral and unjust. Although he passed away in 2016, Ali’s contributions to fighting racism still reverberate today. His efforts inspired people like Mike Tyson to stand up against racial discrimination even today.

In a video, Ali was seen explaining how he used to ask his mother about white representation in an interview with Parkinson in 1971. He wondered why all the things around him that are labeled as “good” by society were represented by white people, or white skin color, whereas anything that had a negative connotation to it was associated with the color black. His questions had an obvious impact on his activism against racial injustice, and the legendary boxer’s efforts have no doubt left a mark on the people even today. 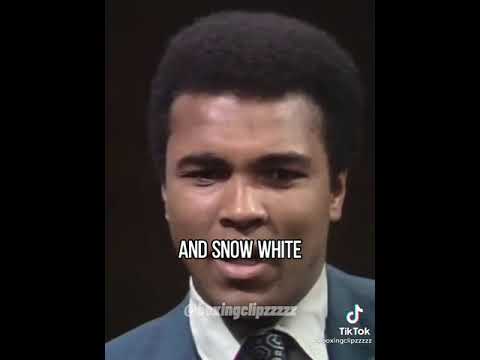 Ali, who converted to Islam in 1964 at the age of 22, was the youngest heavyweight boxer of all time. Defeated only five times in 61 professional bouts, he became world champion with 56 victories — 37 by knockouts. Ali won 15 of his first 19 fights by knockout in the first three years of his professional boxing career, attracting the attention of the boxing community with his surge to success.