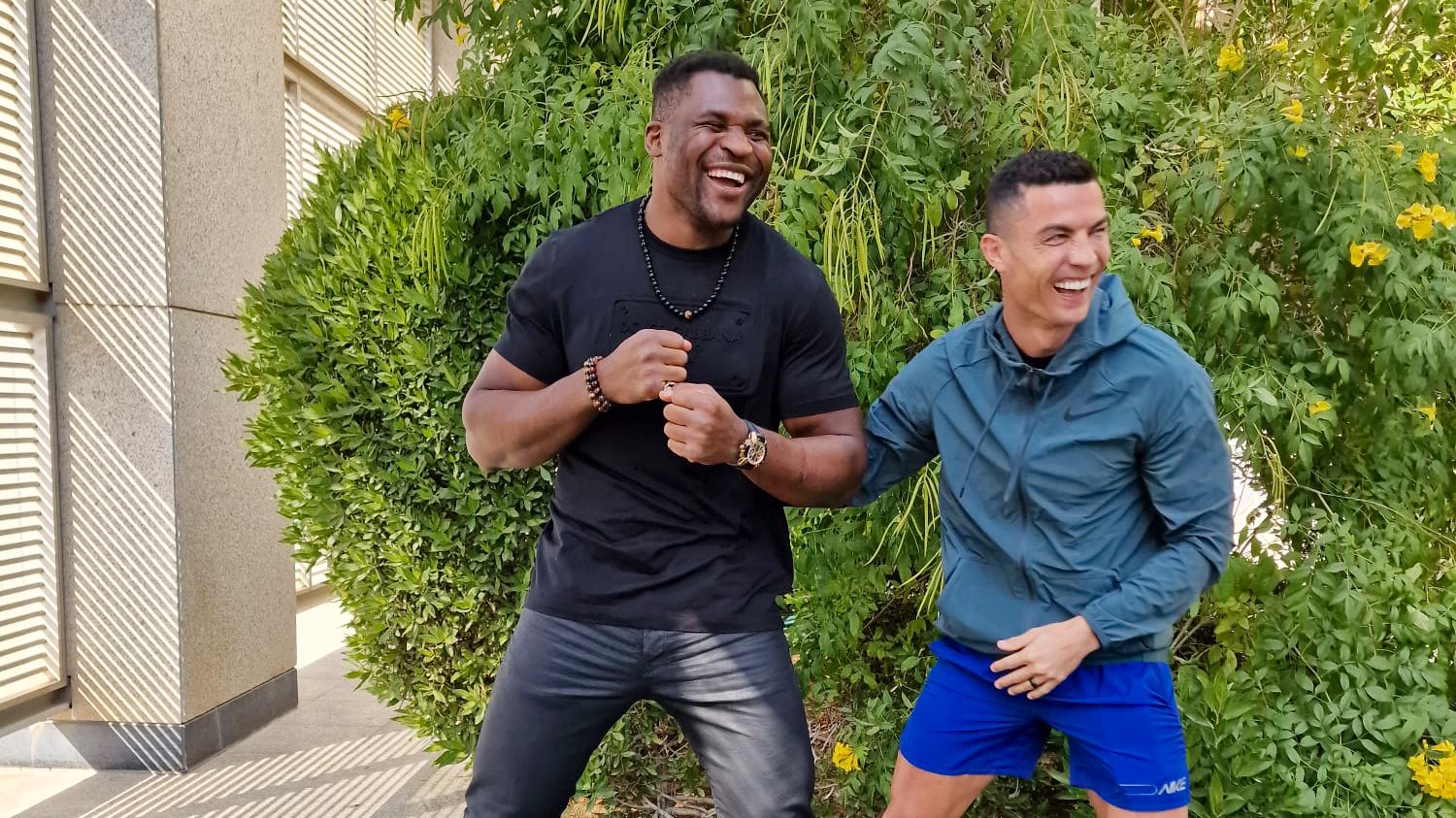 Former UFC heavyweight champion Francis Ngannou has shared a couple of pictures of him and soccer maestro Cristiano Ronaldo.

Both of them seemed relaxed and had fun with each other. The pictures show that the pair was ready to square up and face each other.

But the Real Madrid legend knew how dangerous Ngannou could be as a fighting opponent, so he burst out laughing and hugged the predator.

The Cameroonian also loved the session with Ronaldo, so he captured those moments and posted them on his Twitter account, citing the former Manchester United player as a “GOAT.”

“Great talking with the 🐐 in Riyadh today. Very inspirational! @Cristiano”

Fans are flattered to see these two legends together.

Lately, both athletes are having issues in their professional lives.

Prior to the Qatar World Cup, while appearing on Piers Morgan’s show, the Portuguese magician revealed many untold truths about red devils, prompting him to leave the English behemoth and join the Saudi Arabia Pro League team Al Nasser on a large salary.

On the other hand, last week Ngannou was released by the UFC over a salary dispute, which caused him to vacate the UFC heavyweight title, and currently, he is exploring several possibilities regarding his future.

But it is reported he might opt in for boxing, and the rumor got strong because he was last seen with Tyson Fury, and now that he is in Saudi Arabia, where the boxing opportunities are higher, many fans think Ngannou might start boxing.