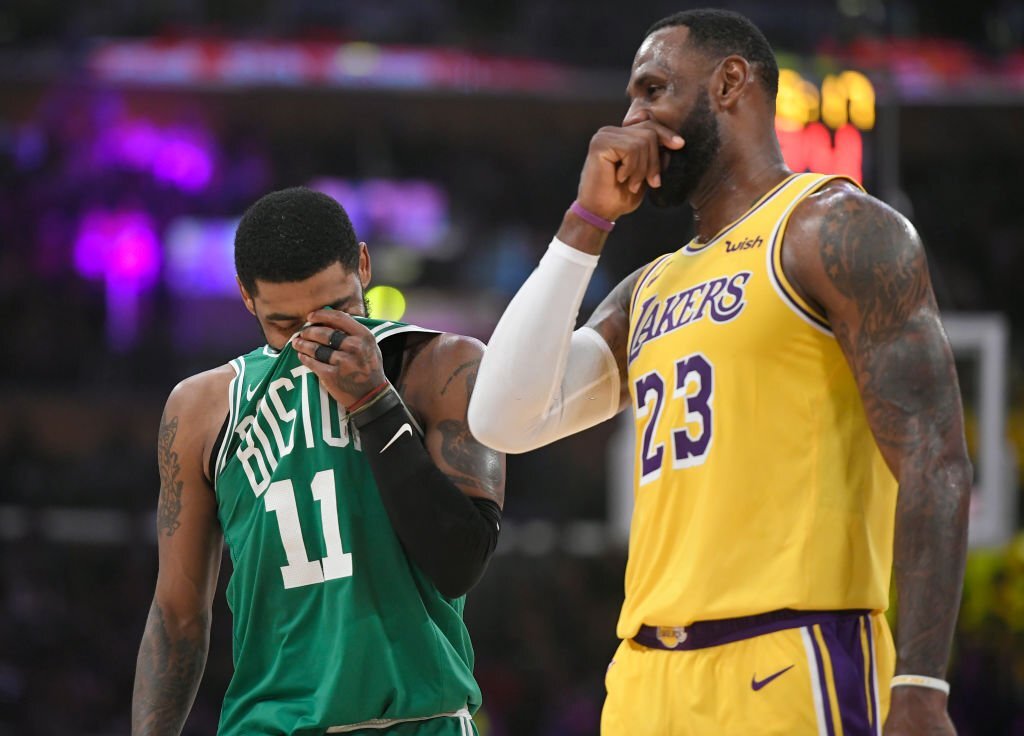 LeBron James is desperately pursuing Kyrie Irving to become his teammate again and bring home the NBA trophy in the upcoming season. It is a universal truth that the Lakers have been constantly struggling to clinch the NBA championship for the last two seasons. The Los Angeles Lakers had the greatest ass whooping in their franchise history last season because LeBron and Davis were sidelined by injuries.

To mend their shattered hopes and their bruised backs, they desperately require some star power, which is why they are constantly trying to bring Uncle Drew into their dugout. Irving has recently decided to extend his contract with the Nets until the following season, but this does not ensure that he will represent them in 2022–2023. His decision seemingly breaks his former teammates’ heart as this destructive duo has overpowered many powerful rosters previously.

5 YEARS AGO TODAY
Kyrie & LeBron scored 82 in GM5 of the NBA Finals!

LeBron on Kyrie’s performance: “It’s probably one of the greatest performances I’ve ever seen live.” pic.twitter.com/VKrPCpoczK

According to Adrian Wojnarowski, “The Lakers have yet, I’m told, to be aggressive in trying to put a deal together to get [Kyrie] from Brooklyn. That may come, that may evolve with time. But so far right now, there’s no traction really on deals with either Irving or Durant.”

However, Kyrie Irving has valiantly made up his mind about the Brooklyn Nets, by officially exercising his $37 million player option for the 2022-23 season. With this agreement, he will be bypassing multiple opt-in and trade scenarios to fulfill his four-year commitment to the franchise and his partner, the legendary Kevin Durant.

“Normal people keep the world going, but those who dare to be different lead us into tomorrow,” Irving told The Athletic. “I’ve made my decision to opt-in. See you in the fall. A11even.”