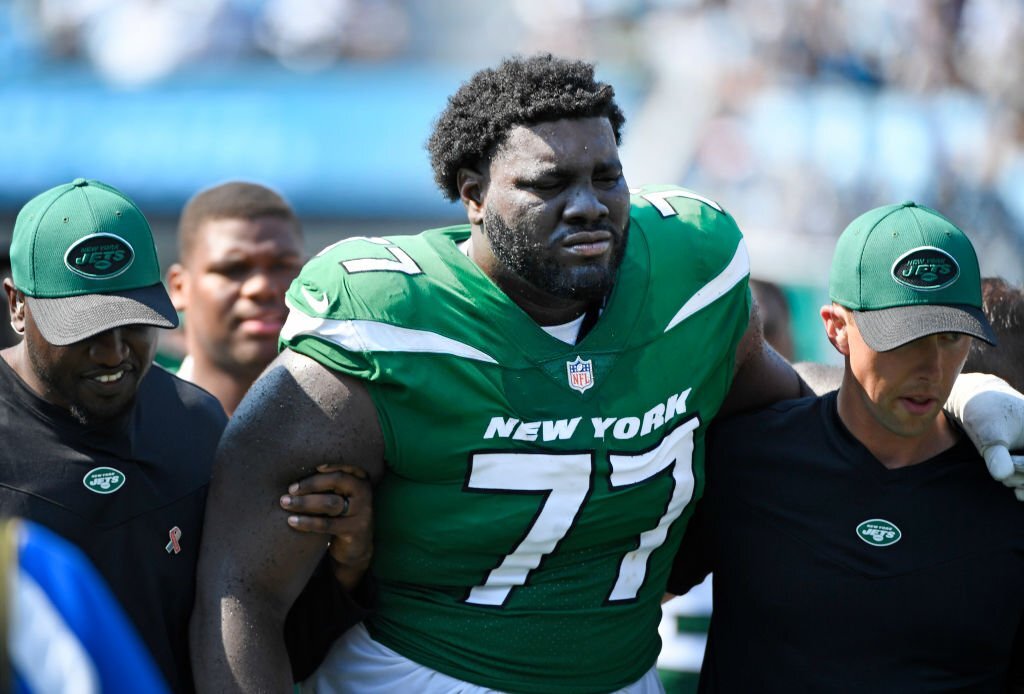 According to coach Robert Saleh, the season of Jets offensive tackle Mekhi Becton is likely gone after he fractured his kneecap. Becton’s right knee MRI indicated a more severe injury than previously thought, a source told ESPN on Monday night, increasing concern that the starting right tackle for the New York Jets could be out for an extended period.

The source claimed the injury to the 2020 first-round draft pick was classified as “different” from the one that necessitated season-ending surgery in September but involved the same knee. The Jets’ degree of concern increased after learning the MRI results, but Becton will undergo more tests on Tuesday to establish a diagnosis.

The worst-case scenario wasn’t confirmed by Robert Saleh. Before the Jets, at least officially, accept that Mekhi Becton won’t play again until 2023, he will seek a second opinion. But this doesn’t seem promising. “It’s probably the inevitable,” Saleh said. “But like I said earlier, just sick for Mekhi.”

I appreciate you more than you know coach!! Love you coach!!! ITS NOT OVER!!! https://t.co/TjF8k6jzAc

Conor McDermott, Max Mitchell, Chuma Edoga, and possible signee Duane Brown will all be counted on by the team to offer some sort of response. It also includes Becton’s remaining career, which is now susceptible to the kind of conclusion Saleh was reluctant to discuss on Tuesday.

“At the end of the day, it sucks,” the Jets coach said, “for lack of a better word. But no one cares. You gotta get up, get ready, next man up, all those dumb clichés in these moments.”

In his still-young professional career, Becton has regularly encountered awful injury luck. The lineman fought through a chest injury during his rookie season before suffering a knee injury in Week 1 of the 2021 season, which caused him to be placed on injured reserve and ended his season after just 48 regular-season snaps.

Becton was a highly anticipated talent who came in New York with a unique combination of extraordinary size and quickness. His highlight video from Louisville was chock-full of pancakes and displays of the 360-pound, fleet-footed blocker charging downfield with amazing quickness, and his 5.1-second 40-yard sprint at the 2020 NFL Scouting Combine had spectators in amazement.