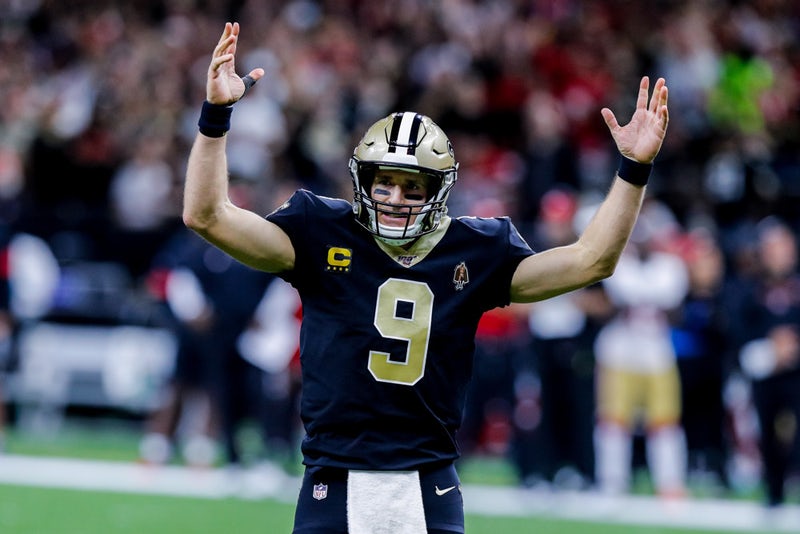 Arguably the most highly prized assets in any professional football team, quarterbacks require just the right combination of great athleticism and amazing accuracy. The best players in this position can make themselves legends of the game, cherished and able to achieve an almost godlike status amongst adoring NFL fans.

Along with following live TV broadcasts or attending the games, fans also have greater access to a wider array of statistical information than ever before. This is a boon for the sports betting industry, which now offers a jaw-dropping number of betting markets for every sport, including football and the NFL. Among them undoubtedly sbo.net is the industry best, featuring unbiased reviews ranking online sportsbooks for their overall quality of service and value.

As a result, fans can enjoy the NFL while analyzing the individual player’s performance. With that note, we will feature the 7 most all-time career passing touchdown leaders in this article, so that you can make comparative analysis with the present touchdown stars. To make this list we have considered the regular season as well as the playoffs. In short, you will get a clear view of the top QBs overall career performance. Without further ado, let’s dive into the details.

The first to feature on our list, Aaron Rodgers has played his entire professional football career at the Green Bay Packers, making him a living legend amongst their fans. Now 37 and keen to keep on playing, Rodgers has thrown 412 successful touchdown passes during his illustrious career. This magnificent quarterback is far from done and should he decide to continue at the Packers, there’s every chance that Rodgers might still reach the 500 milestone.

Often considered to be one of the greatest NFL players of all-time, whatever metric we care to use, Dan Marino held more than 40 NFL single-season and career passing records, at the time of his retirement. Although many of those records have now been surpassed, Marino also spent the entirety of his playing career at the Miami Dolphins, contributing 420 successful passing touchdowns between 1983 and 1999. Still serving the franchise as a special advisor, such loyalty to one team is hard to match anywhere else.

Almost a one-team guy throughout his football career, Philip Rivers was the main man for the from 2004 to 2019, before spending his final 2020 NFL season with the Indianapolis Colts. Remarkably for such an accomplished quarterback, while Rivers earned numerous individual awards and accolades, he’s never managed to reach a Super Bowl. Rivers did throw an incredible 421 touchdown passes during his career, which makes him one of the greatest players never to lift the Vince Lombardi Trophy.

If there’s a quarterback who paved the way to greatness, setting the benchmarks that others would strive to match and exceed, it’s Brett Favre. After one brief season with the Atlanta Falcons, it was at the Green Bay Packers where Favre went on to establish himself as one of the greatest ever football players to grace the NFL, between 1992 and 2007. Before finishing his remarkable career, Favre spent one season at the New York Jets and two with the Minnesota Vikings. He retired in 2010, having set what was then a record of 508 passing touchdowns.

Whenever there’s any debate about who is the greatest quarterback ever in the NFL, you can be sure Peyton Manning is up there with the best. He still holds numerous NFL records, including 5x MVP awards and 14x Pro Bowl appearances, just to name two of the many. After spending 1998 to 2011 with the Indianapolis Colts and 2012 to 2015 with the Denver Broncos, Manning also set the record for passing touchdowns, raising the bar to 539 at the time of his retirement.

Aged 42 and following an exemplary football career, Drew Brees thought long and hard before finally announcing his retirement this year. New Orleans Saints will certainly miss his presence and influence, having been their star quarterback from 2006 to 2020, after starting out with the San Diego Chargers from 2001 to 2005. His legacy and legend firmly assured, Brees retired with numerous individual records, including one for 54 consecutive games with at least one touchdown pass. He also registered 571 touchdown passes during an amazing career, and there’s only one man who can top that.

Widely considered to be the GOAT by NFL fans around the world, Tom Brady enjoys the fame and prestige of being a legend in his own lifetime. Aged 44 and still going strong, it’s hard to even imagine professional football without this titan of the game, even if we must all accept the fact that day will eventually come. Brady was the fulcrum of a phenomenal era with the New England Patriots between 2000 and 2019, helping the team win 6 Super Bowl titles. In his first season with the franchise, Brady was also the difference which led the Tampa Bay Buccaneers to Super Bowl success last season.

Heading into the 2021 NFL season and still hungry as ever, Brady holds the record with 581 regular season career passing touchdowns. In conclusion, don’t bet against him becoming the first and only player ever to surpass the 600 milestone.

Patrick Mahomes Girlfriend: Top 10 Interesting Facts of Brittany Matthews
Why NFL Is the Most Popular Sport in America?