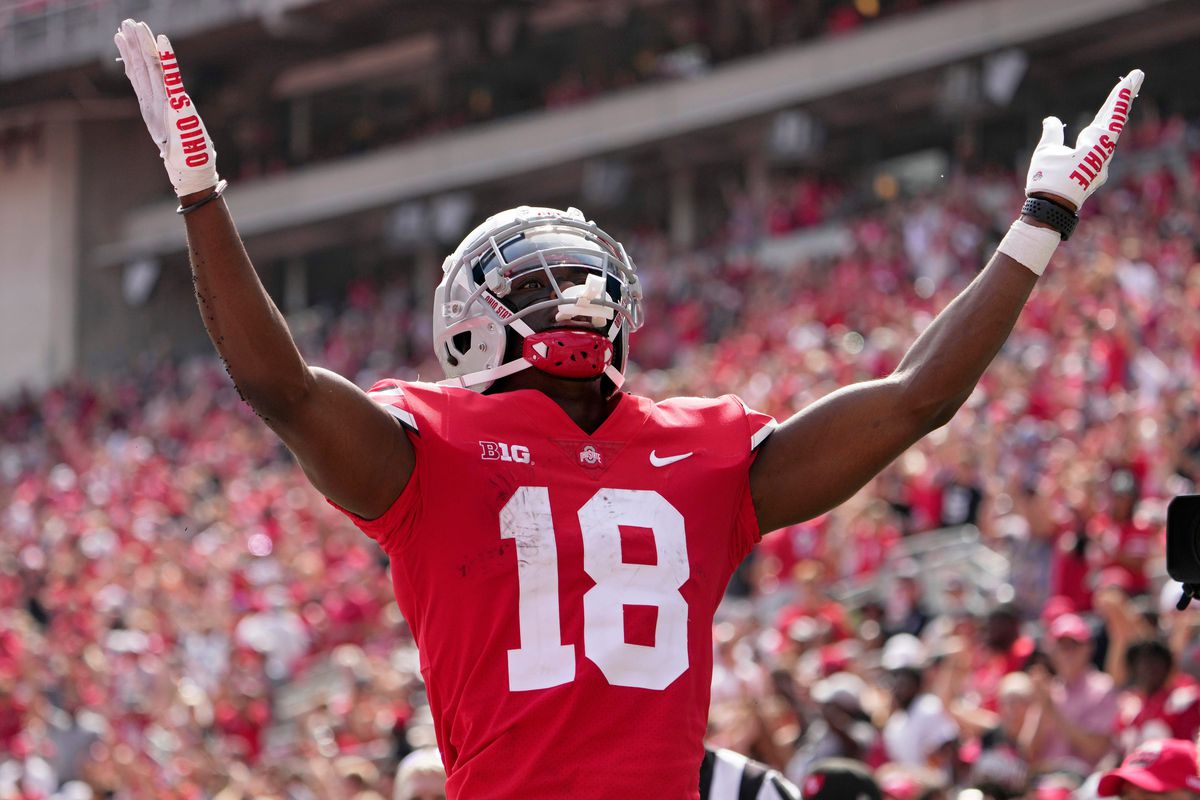 At their home turf and in front of an enthusiastic crowd Ohio State (2-0) defeated visiting rival Arkansas State (1-0) 45-12 by scoring a touchdown six times and adding a field goal. Their on-field performance left the fans in awe.

Quarterback C.J. Stroud and Marvin Harrison Jr. were the two major players who made a big difference in the victory for the hosts. Together, Stroud and receiver Marvin scored three touchdowns, and running back TreVeyon Henderson added two more on 10 carries for a total of 87 yards on the day. “He can put it wherever he wants to,” Harrison said of Stroud. “He’s a great player – it’s like he handed me the ball.”

As Jaxon Smith-Njigba and Julian Fleming were out, Harrison took over as Stroud’s go-to receiver. Harrison hauled in a career-high seven passes for 184 yards, including two in-stride touchdown receptions of 42 yards in the first half. In the third quarter, he scored a leaping 30-yard touchdown catch with two defensive players draped over him.

The fans were over the moon to see their favorite athletes playing a hell of a game and delivering their best performances for them. Rather than screaming out the window or turning on the music, more people are turning to social media as a way to express their love and adoration for their favorite franchise.

O-H-I-O | Brutus and the Ohio State Buckeyes sing "Carmen Ohio" in the south end of the 'Shoe after the team's 45-12 win over Arkansas State // https://t.co/62njAnPQcV pic.twitter.com/2v1tTvtfdp

They’re actually making plays against us and I’m annoyed

While the supporters of Ohio are enjoying themselves, those in Arkansas City are lamenting the defeat of their club. Moreover, a score as low as 12 will be a tough nut to crack for the followers of Arkansas City. Although Ohio State surely outperformed their opponents today, they will be facing a stronger opponent at Ohio Stadium next Saturday, which is Toledo.

The head coach of Ohio State was proud of his athletes and just as ecstatic as the fans. “Marvin’s route running is very mature for his age,” Ohio State coach Ryan Day said. “When you see somebody who has played as much as he had with the high level of route running, it’s pretty remarkable.”