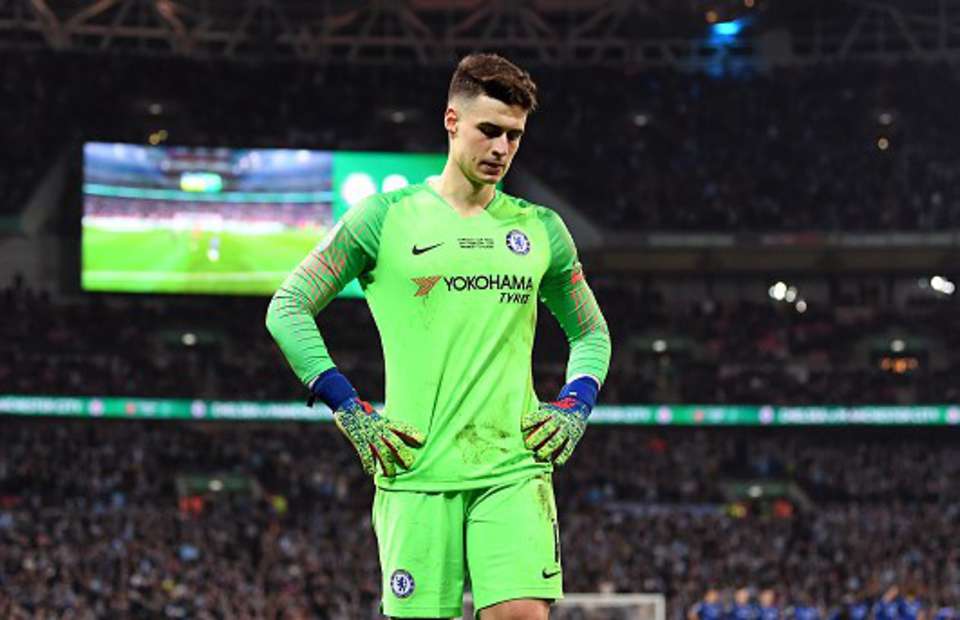 The current Chelsea goalkeeper had a poor run in the 2019-20 season, conceding 47 goals with only 8 clean sheets.
He arrived at Stamford Bridge with a world-record transfer fee for any goalkeeper. But since then, he couldn’t prove his move fair enough.

His massive price tag imposed mental pressure on him, which caused the deterioration of his performance.
Eventually, he missed several matches in the Blues campaign last season as Chelsea boss Frank Lampard failed to trust him. Instead of Kepa, Lampard used Willy Caballero in the crucial FA Cup final, where they lost against Chelsea.

Now with the fact, Caballero is aging, Chelsea are badly need of someone reliable who can perform consistently to be the number one goalkeeper for Chelsea.

However, Petr Cech believes Kepa still has a lot to prove his worth in Chelsea.

The former Czech Republic goalkeeper spent 11 years in the North London club with four Premier League achievements and one Champions League glory in the 2011-12 season.

After his departure, the current Real Madrid goalkeeper Thibaut Courtois was the automatic choice for Chelsea. But since his sudden move to the Spanish club, Chelsea hurriedly signed Kepa from Athletic Bilbao.

But Cech feels Kepa is still a top player and the Chelsea board needs to have faith in him.

Chelsea are reported to be looking for a new goalkeeper, but Petr Cech says they’re NOT giving up on Kepa Arrizabalaga ? pic.twitter.com/VVQFqNJ1H7

“But the club invested in him and gave him a long-term contract because they believe he has the qualities and attributes to be successful.

“Additions will be made to the squad, perhaps even in goal, and this is what is being discussed now.

Cech also added: “But nobody is giving up on Kepa and we all hope he has a great future.”

Chelsea have been very much busy in the current transfer window so far. To strengthen the attack, they signed Hakim Ziyech and Timo Werner a long ago.

Moreover, in the past week, they made three major signings including Ben Chilwell, Malang Sarr, and Thiago Silva to improve the defense line.

Also, Kai Havertz is close to joining the Blues, as per reports.

As the transfer Window will continue until October 5, Chelsea are looking forward to making some more reinforcements to build a strong squad that can fight for titles next season. As a part of that reinforcement activities, Chelsea are eying for a potential replacement of Kepa, with the speculations of landing the £50m Milan star recently.

Despite the coronavirus effect, the promptness of the Chelsea football club in the transfer market has surprised everyone.  But Cech thinks many clubs are yet to spend cash since there is still one more month left of the transfer window closedown.

“The issue of reinforcements is now very much alive,” Cech said. “The transfer window is until the end of October this year so there will be a lot of changes after the league begins.

“And the question is how much the coronavirus pandemic will affect everything.”

Chelsea will start their next season’s Premier League journey on September 15. Before that match, the players joined the preseason campaign a while ago. Also, they played against Brighton on Saturday. The match ended with a 1-1 draw where their new star Timo Werner opened the score sheet for the Blues.