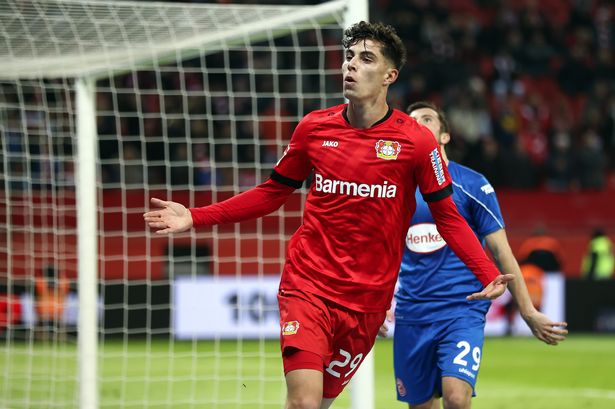 Kai Havertz is close to signing Chelsea from Bayer Leverkusen, as per Bild’s Christian Falk.

The 21-year-old got exempted from the coronavirus test taken before Bayer Leverkusen training that resumes on Friday.

The German midfielder has been spending his vacation after having an exit from the Europa League on August 10 by Inter Milan.

Leverkusen set the deadline to sign Havertz on next Friday. Now it seems the North London club is hurrying to confirm the transfer deal.

#CFC are close to agreeing a deal with Bayer Leverkusen for Kai Havertz that could be worth up to £90m.

Earlier, the midfielder grew interest among other European giants as well. However, he is now in a commanding position to confirm his spot in the Stamford Bridge.

If the deal takes place, that will be the world record buy in the club’s history. Kepa Arrizabalaga’s move from Athletic Bilbao costed Chelsea £71.6m, current biggest transfer fee record for the Blues.

The German international is going to sign a five-year deal at the club, as per Bild’s Christian Falk tweeted.

The reason why Kai Havertz is crucial for Chelsea

Kai Havertz will surely be a great addition to the club with his excellent technical quality. The player’s fitness level is top-notch which allows him to deliver consistent performance day to day. His tactical awareness as well as the versatile nature of playing is a major threat to the opponent defenders.

As Timo Werner and Hakim Ziyech have already arrived at the Stamford Bridge, Havertz will surely enrich the attacking depth of the Chelsea squad even more.

On the other hand, the defensive fragility of the Chelsea backline has been a profound concern for Chelsea boss Frank Lampard. That’s why apart from signing attackers, Blues are also keen to sign Chilwell from Leicester City. They are also close to land Thiago Silva from Paris Saint-Germain for free.

Frank Lampard is currently working to overhaul his squad for the upcoming season. Chelsea will start their 2020-21 Premier League season against Brighton on September 15.