Robert Manfred: MLB is at a $8.3 billion Debt 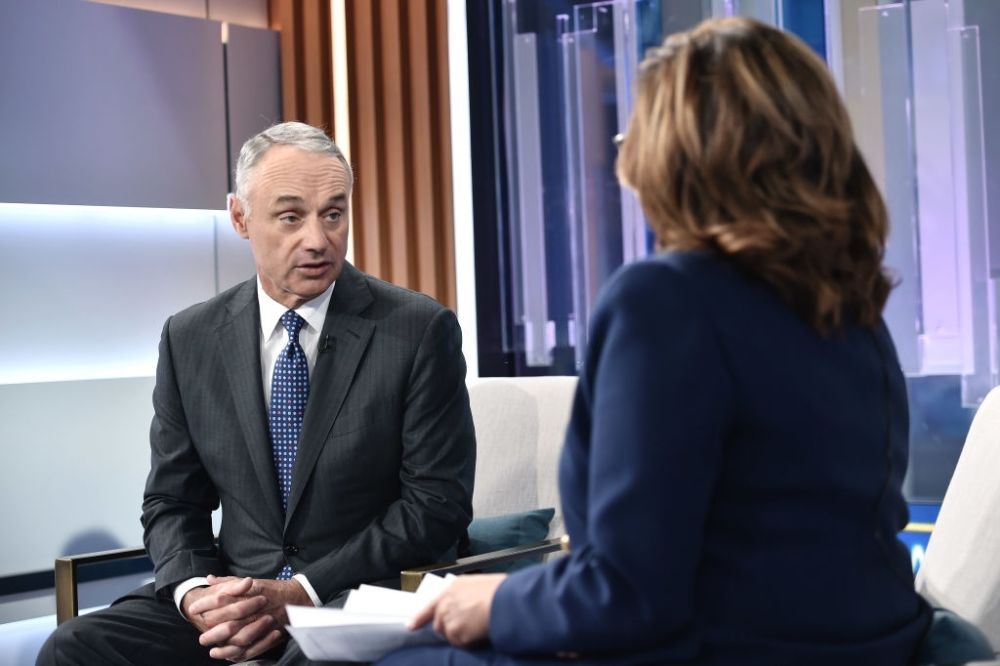 First of all, the 2020 season was already shortened because of the COVID 19 pandemic, add to that, the ballparks were empty throughout the season. Both of these facts led to the “historic” impact on the finances of Major League Baseball (MLB), said commissioner Robert Manfred. And the amount is in the billions. According to Robert, MLB’s 30 teams have accumulated a total amount of 8.3 billion dollars from various sources.

What did Robert Manfred say to Sportico?

While talking to Sportico, the commissioner said that the clubs are at a “historic high level of debt,” and while they are heading into a new season now, the operational losses may total as much as 3 billion US dollars this year. Robert Manfred said, “It is going to be difficult for the baseball industry to get into another year where there are no fans in the ballpark, and having other limitations like how much we can play and how we can play.”

There’s no denying the fact that those numbers are brutal and this left the MLB facing a potentially uncertain and ugly future. These unprecedented times have directly affected baseball, like so much else in the sports world.

How the pandemic affected the league

The season was delayed for so long because of the pandemic and the ongoing negotiations between the league officials regarding how to handle potential issues. Eventually, the season began but with a somewhat shortened format. From 162 games per team, now they got to play a mere 60 games. And even though the games were played in their respective home ballparks, with thousands of fewer games across the fixture and the fact that there were no fans present, led to the serious financial issues that the clubs are facing now.

Manfred noted that the teams did a real good job in preserving liquidity but to make the season even happen, they had to take that additional loan. The impacts of a game without a crowd was always predictable, The Red Sox were projected to lose an amount of $200 million approx. this season, because of the crowd-less nature of the games this season. They also had to lay off 10 percent of their regular employees last month and several other clubs are soon to follow their lead.

And even before it starts to get better, the situation may worsen further. With the second spike of COVID-19 cases, the US – Canada border may remain closed longer now. And teams like the Blue Jays, in 2021, may have to find a temporary home once again. And if the current short season format continues with empty stadiums, in the 2021 season, MLB will be in further financial crisis. Because unlike other major leagues, MLB is highly reliant on game day revenue and gate receipts.

And although Robert Manfred sighed about MLB’s future, he praised the overall efforts made by all to have a season in the first place. “everybody worked hard and really sacrificed a lot,” Manfred said. The staff and the union helped a lot as well. And he stated that he feels really good about it.

At this point, it’s uncertain when the situation is going to get better and what lied ahead for Major League baseball. Speaking about this crisis to Sportico, Robert Manfred stated that “the one thing we’ve learned is that COVID-19 is really an unpredictable virus.” “We do not know what lies next, but it’s just impossible to speculate at this point what next year is going to be like.”

But one thing is certain that there’s going to be more baseball in 2021, as the next season has already been announced to start on April 1st, 2021.

While the next season is yet to start, in this 2020 postseason World Series, the Los Angeles Dodgers are at a 3-2 lead over the Tampa Bay Rays in the World Series. And they have a real chance to end the 2020 season with a happy ending in their Game 6 against the Rays on Tuesday.