The Nominees For The Premier League Player of The Season Have Been Revealed and There Are Some Players Missing! 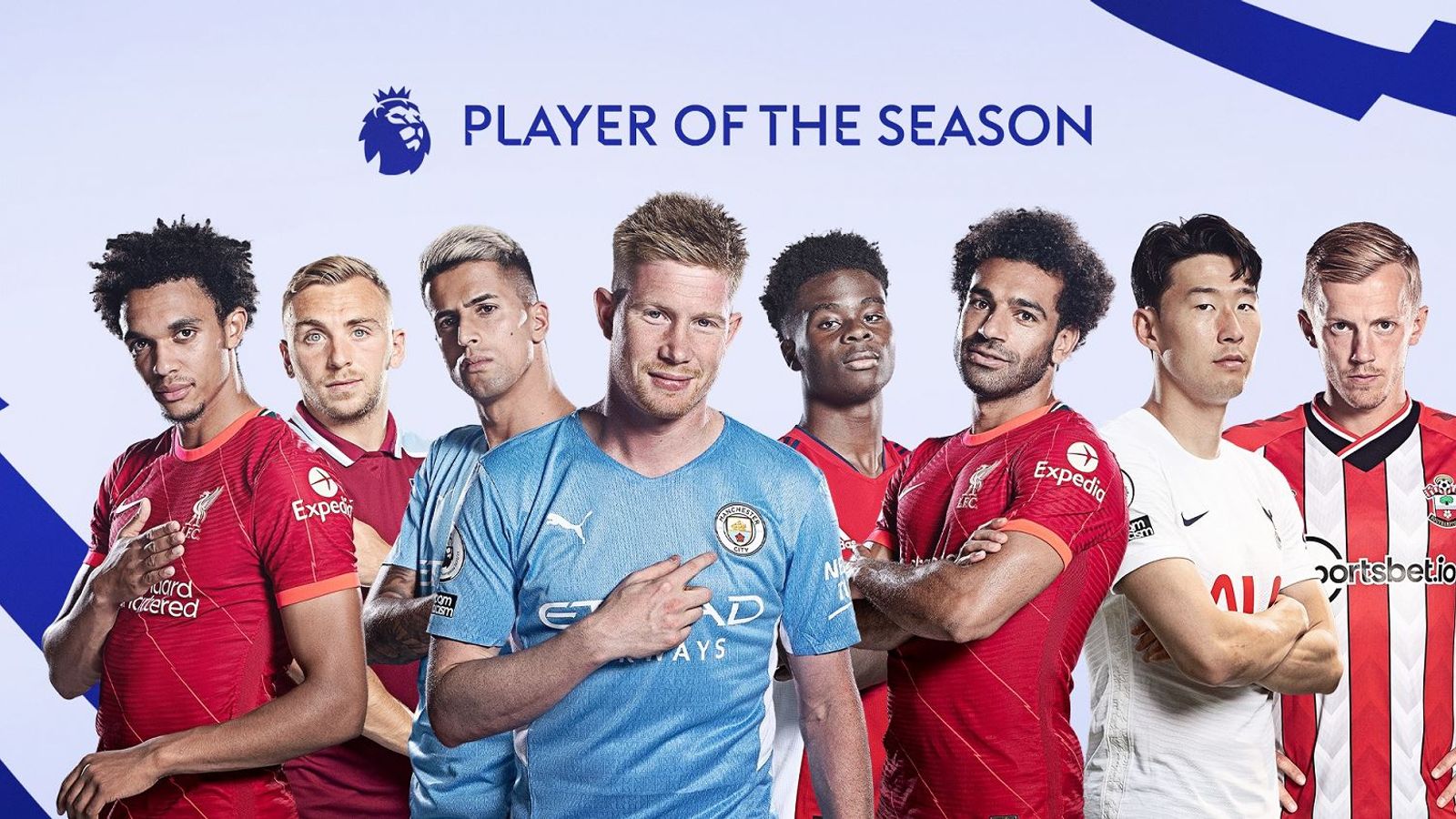 The Premier League season is almost over. With another exhilarating season about to reach the finish line, a lot of players have stood out with their performances this season. The Premier League has recently published the list of nominees for the Player of The Season, which includes both old faces and new ones. A lot of big names have missed out on the nomination, namely Cristiano Ronaldo, and Virgil van Dijk amongst others.

The list consists of a total of 8 players, and the winner will be selected based on votes cast by a panel of experts, all 20 PL captains, and fans. Fans have until the 16th of May to cast their votes.

In recent times, the role of a full-back has been altered greatly. With full-backs becoming a more effective tool both offensively and defensively, one player who is a personification of the modern day full-back is Liverpool’s Trent Alexander-Arnold.

The England international is contributes a large chunk to Liverpool’s creativity, and is one of Jurgen Klopp’s main weapons going forward. In 31 games, the right-back has scored 2 goals, and 12 assists. For a defender, these are sensational stats.

Not only going forward, he also contributes greatly at the back. Although he was called out in previous seasons for lacking the defensive solidity, this season he has improved greatly, and has helped Liverpool to 18 clean sheets.

West ham United have punched above their weight this season. They have spent large chunks of the season fighting for a Champions League spot, and also have had a decent run to the Europa League semi-finals. One player who ran the show for the Hammers is Jarrod Bowen.

Although he has been a consistent performer in recent seasons, this season he has elevated himself to new heights with his overall performances. Bowen was playing non-league football not so long ago, and now he is a regular starter for a top team. Quite the story!

Bowen, who has recently been called up to the England squad, is the Hammers’ top scorer this season. He also has 10 assists- which ranks him as the third best playmaker this season in the league. The ex-Hull City man is one of only three players to have double figures in both goals and assists this season.

Another player who ahs revolutionized the role of a full-back is Manchester City’s João Cancelo. Originally a right-back, the Portuguese has played on the left this season. Despite having to operate out of his original position, he has often ran the show for the Cityzens.

He is comfortable with both feet, has a killer shot, and is also a great passer of the ball- something that is crucial if you want to play under Pep Guardiola.

Cancelo has four goals, and seven assist this season, with many of them coming against the current top six. He has also contributed to City’s solidity at the back helping them to 19 clean sheets.

Manchester City are on the cusp of defending their Premier League crown, but this feat was in no way possible without the presence of Kevin de Bruyne. Refereed to as KdB, the Belgian international is no stranger to this list.

He has a total of 15 goals, and 7 assists this season, and is City’s top-scorer. De Bruyne is a big game player, and has scored the winner against a lot of City’s direct rivals. He also scored four goals against Wolves last week.

KdB won the accolade back in 2020, and if he wins this time, he will only be the fourth player to win the award on multiple occasions.

Salah, like KdB, will become the fourth player to win the accolade on multiple occasions should he win. At the moment the Egyptian seems like the favorite to win the prize.

With 22 goals, and 13 assists in the league, he is the league’s top goal contributor. His stats are unparalled, and we would not blame you if you think that this is enough to get him the prize. But bear in mind that Harry Kane also led the charts for goals and assists last season, but did not get the award.

One thing working against Salah is his dip in form ever since he returned from the African Cup of Nations, although he is still the bookies’ favorite to win the prize.

Along with Harry Kane, Son forms the most devastating duo in Premier League history. Although his contributions have largely gone under the radar in recent seasons, this season he has made his presence felt greatly.
Son has scored 21 times in the league this season, and one amazing feat is that none of those goals have come from the penalty spot. The South Korean is second in the race for the Golden Boot, and has scored key goals against Spurs’ top rivals this season.
Besides his goals, Son has also registered seven assists for Antonio Conte’s side, who remain in the hunt for a Champions League finish.

Bukayo Saka’s potential has been talked about a lot in recent years, but this season he has really stepped up to deliver for Arsenal.
He has scored 11 times in the league, which is more than both of his previous seasons combined. This includes goals against Chelsea, Manchester City, Spurs, and Manchester United.
Saka also has six assists, ranking him second only to Alexander Lacazette in the list of Arsenal Playmakers. It will be exciting to see how much he evolves in the coming seasons. Known for his bursting pace, and quick feet, Saka will no doubt be in the England Squad heading to Qatar this year.

The biggest surprise and only player out of a top six team is Southampton Captain James Ward-Prowse. Although he is the least likely to win the award, his inclusion in the list shows how brilliant of a season he has had.
Ward-Prowse has scored nine times this season, and and has also registered five assists. Southampton will most likely beat the drop, and JWP has been an integral part of their bid for survival.
Four of his nine goals have come from direct free-kicks, taking his overall tally of free-kick goals to 14. The only person ahead of him in the list is David Beckham.
Related Topics