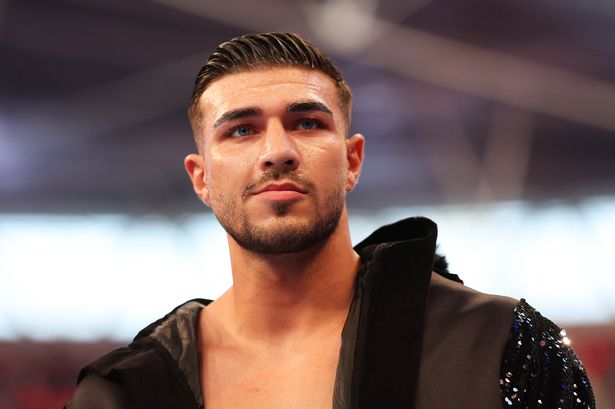 According to certain rumors, Tommy Fury is scheduled to compete on November 13 on the undercard of the recently announced Mayweather-Deji exhibition.

Tommy Fury has an 8-0 record in professional boxing, but it isn’t what makes him a popular. Without his boxing ability, the main attention is always drawn to the fact that he is Tyson Fury’s younger half-brother. Fury made his debut in his hometown of Manchester in 2018 against Jevgenijs Andrejevs.

In his brief career, he has spent a lot of time in and out of the ring. Fury made his US debut in 2021 on the undercard of Tyron Woodley vs. Jake Paul.

Later, Furry was supposed to fight Jake Paul, but he canceled due to a broken rib and bacterial chest infection.

That being said, Tommy Fury will compete on the undercard of the recently scheduled Floyd Mayweather vs. Deji match, according to BoxingScene.com. It has been decided who the unbeaten light heavyweight’s opponent will be.

Tommy Fury, will face Paul Bamba. Who is a Puerto Rican light heavyweight based out of New York City. Bamba, 33, will take part in fourth competitions this year. Fury, on the other hand, has only engaged in four fights since 2021.

The whole Jake Paul thing is also an issue to consider for Fury. The old rival didn’t forget that the fight against Fury was called off not just once but multiple times. Fury and Paul were supposed to settle their rivalry back in December, 2021. But Fury had to pull out due to his injury.

And then fight was shifted to August 6 at Madison Square Garden. But for some reasons Brit was banned from travelling to America. In response, Fury shared his disappointment towards the whole thing and also said, “fight will happen eventually.“ In response, Paul made a tweet and said, “Fury literally went in hiding.”

However, Fury’s next battle will take place in Dubai this time. Where Floyed Mayweather will face boxer-turned-YouTube star Deji, the younger brother of KSI.

Jake Paul vs Anderson Silva poster released: photo featuring contest between Youtube star and MMA legend made public
“You just can’t continue” Oleksandr Usyk makes a shocking revelation that explains how he came to be known as “The Cat”